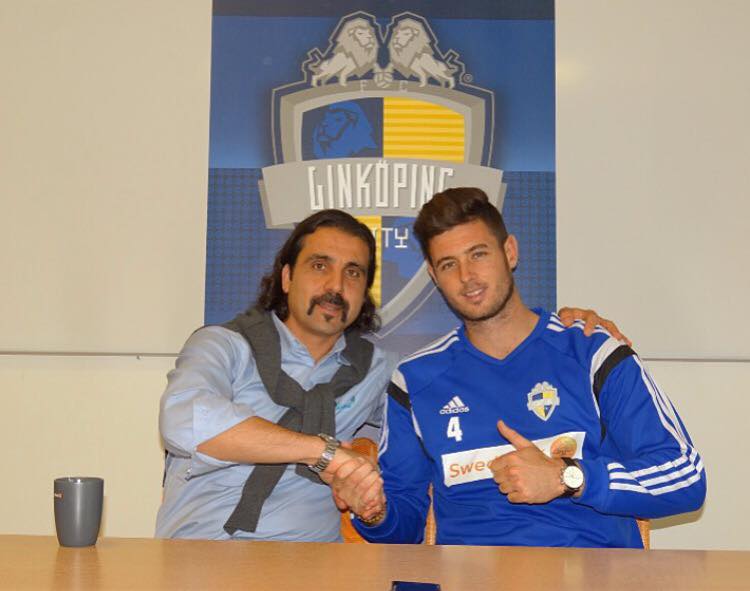 The 24-year-old central defender attended PSC’s Fort Lauderdale Combine in Florida this summer and was subsequently invited to become a part of the PSC 2016 Elite Showcase Tour in Sweden and Finland. Linköping Head Coach Melke Alan was in attendance during the Showcase event, and contacted PSC Managing Director Paul Taylor to help secure the signing of McInerney, after being impressed with the Irishman’s style of play.

Speaking on joining up with the club, Shane said: “I’m delighted to have signed here with FC Linköping City. It’s a great club that’s going in the right direction – I’ve been very impressed with everything here so far.”

McInerney impressed throughout the 2016 Showcase Tour, and PSC helped the defender secure trials with a number of clubs before he made the move to Sweden, including Maltese Premier League side Hibernians FC and Conference Premier outfit Chester City FC.

“PSC have been great,” said Shane.

“They [PSC] have got contacts in the professional game all over the world, and if you show them that you’re good enough they can definitely help with recommending you to professional clubs – whether that’s in Europe or America,” he continued.

Furthermore, McInerney was quick to recommend PSC’s services to aspiring professionals. He said: “I would highly recommend PSC to any player looking to reach the next level and break into the professional game. The tours give players a great insight into the life of a professional footballer and help you gain exposure by allowing you to face professional opposition.“

Linköping currently sit second in the league table and face third-placed side Eskilstuna City this coming weekend – a game in which Shane is expected to make his debut for the club.

All of the staff here at PSC wish Shane the very best of luck over in Sweden.

You can watch Shane in action for Irish Premier League club Cork City FC when they faced English Championship side Wolverhampton Wanderers: click here to view the defender’s highlights from the game.