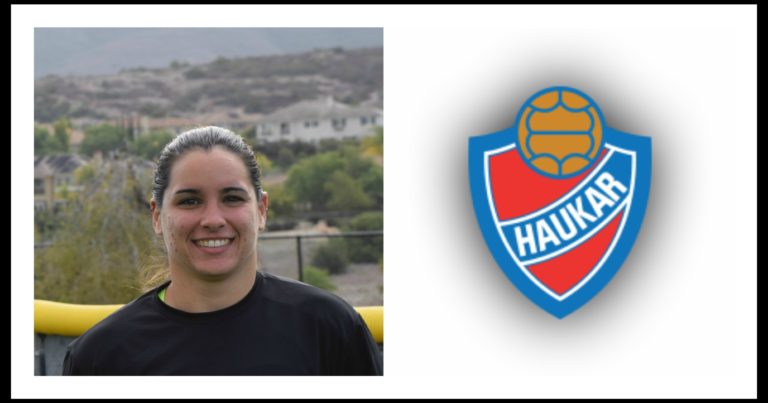 The 24-year-old goalkeeper produced some eye-catching displays between the sticks in California, leading to PSC Director of Women’s Combines Simon Deeley recommending the player to the club.

Furthermore, Ornela is the first female player to have signed in Iceland with PSC, a milestone that Deeley believes has been achieved through the efforts of both parties.

“We’ve worked hard to build good, trusting relationships with clubs over in Iceland – but we need hard-working, quality players to do that,” said Deeley.

“Tori has a great work ethic and possesses lots of quality. She has been great to deal with throughout the process and thoroughly deserves her opportunity in Iceland.

“During our Combine she proved that she’s not only an excellent shot-stopper, but also commands the back line and has wonderful composure,” he continued.

And Ornela, a former CSU Bakersfield player, shared her thoughts on her big move to the Icelandic Premier League.

“The thought of being able to continue my soccer career is a blessing and I’m very thankful for everyone that has helped me during my journey,” said Ornela.

“I’m looking forward to competing at the highest level against some talented players.

“Not only is the competition great, but I also want to learn and improve my game with some of the top coaches in the league,” she continued.

Additionally, Ornela praised the manner in which PSC had dealt with her transfer from the outset.

“My relationship with PSC has been great,” she said.

“There’s been a lot of consistent communication and it has made this process easy to follow. I really appreciate everything that PSC has done for me.

“Going back to the Combine – the coaches and staff were exceptional in creating a comfortable, non-stressful environment where the players could be free to play.

“The players held a high standard throughout the tryouts, which was great,” she continued.

All of the staff here at PSC wish Tori the best of luck during her forthcoming season out in Iceland.

If you would like to follow in the footsteps of Tori and start your own professional career, please e-mail info@pscltd.co.uk for more information on PSC’s programmes.