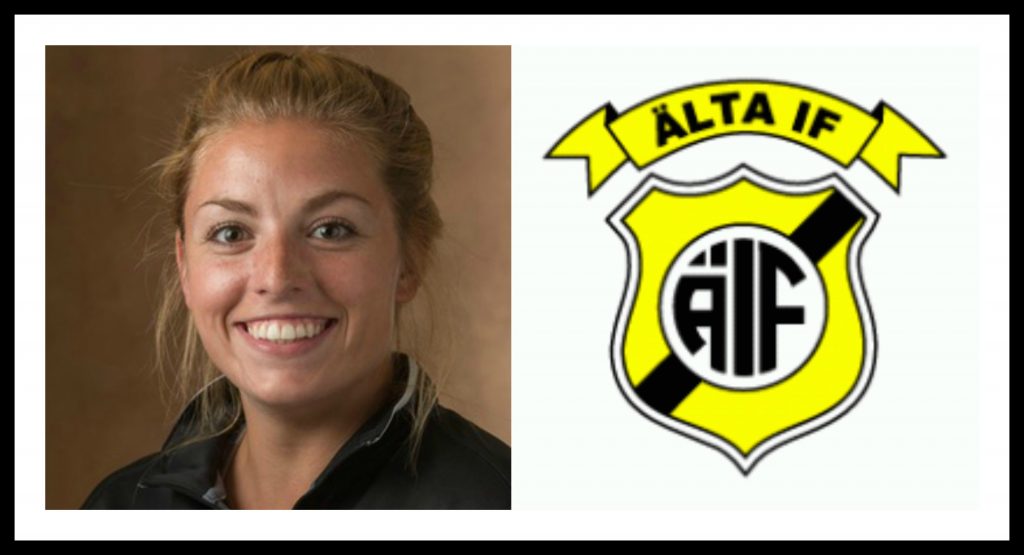 The former Southern Illinois University Edwardsville (SIUE) goalkeeper attended PSC’s Fort Lauderdale Combine in December of last year and was later recommended to Älta by PSC’s Director of Women’s Events Simon Deeley, after the club contacted PSC in search of a stopper.

Pelley’s move means she is the first player PSC have placed with Älta, a success story that Deeley revealed he is excited to see progress.

“It’s always exciting when we place a player into a club for the first time,” said Deeley.

“Jennifer’s SIUE soccer coach recommended our Pro Soccer Combines to her. SIUE’s soccer program is of a really high level so we had high expectations when she came in and she fulfilled those expectations during the tryouts.

“We’re really looking forward to see how Jennifer impacts the team in the coming weeks and months,” continued Deeley.

And 22-year-old Pelley revealed her latest career move has turned her dreams into reality.

“I’m thrilled for the opportunity to play overseas,” said Pelley.

“It’s been a dream of mine since I was a little girl so to finally live it out will be surreal. I couldn’t be happier right now.

“I’m most excited to compete in a completely different environment from where I was born and raised. I want to experience the European style and grow my game further,” she continued.

Pelley’s move to Älta is the latest in a number of milestone success stories for PSC in the women’s game, adding to Tori Ornela’s recent signing with Icelandic Premier League outfit Haukar, meaning she was the first female player to have signed in Iceland with PSC.

And Älta representative Sebastian Bak revealed just why his club, like many others, can benefit from a relationship with PSC.

“Maintaining a relationship with PSC means we can find players we wouldn’t normally get the chance to recruit,” he said.

“The staff at PSC have been very helpful and professional to deal with.

“We’ve been extremely happy with all aspects during the process of signing Jennifer – everything has been smooth and easy-going. We are delighted to have her as a part of the Älta IF squad for 2017,” he concluded.

Furthermore, speaking on her experience in dealing with PSC, Pelley said: “PSC has been crucial in this transfer. They do an incredible job of connecting players with teams.

“Their ability to get the ball rolling and their timely responses really sets them apart from the rest. I would recommend PSC to individuals seeking to play professionally, simply because of their connections in the game and investment in players.”

All of the staff here at PSC wish Jennifer the very best of luck for her forthcoming debut season in Sweden with Älta.

If you would like to follow in the footsteps of Jennifer and start your own professional career, please e-mail info@pscltd.co.uk for more information on PSC’s programmes.