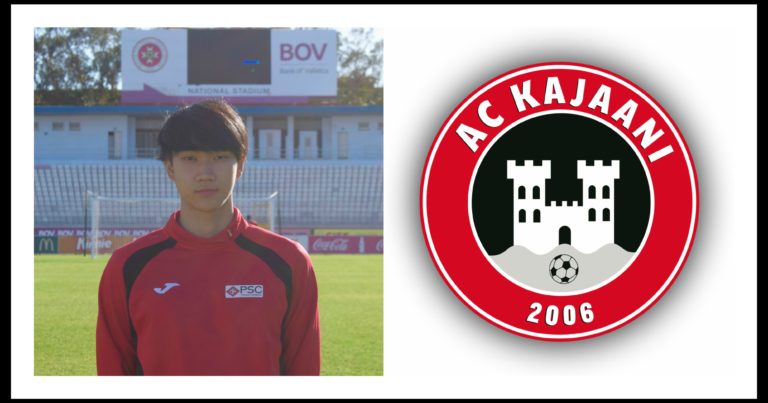 The 21-year-old defender was invited to trial with the club after Kajaani Head Coach Mika Lumijärvi, who travelled out to Malta with PSC in search of players to add to his squad, was impressed with Shin’s performances during the tour.

Bethesda University of California player, Shin, was invited to attend PSC’s most recent Showcase Tour following his fine form during PSC’s San Diego Pro Soccer Combine in December, and headed out to Finland last week to begin his trial with Lumijärvi’s side, a series of opportunities that he was thankful for.

“Thanks to the Malta Showcase Tour with PSC, I had the chance to head out to Finland for this trial,” said South Korean-born Shin.

“It was such a great experience playing against top-quality European teams.

“The best aspect for me was that I could enjoy the benefits of the great coaching staff and my fellow players,” he continued.

And PSC Director Tom Taylor, who worked with Shin on a daily basis during the tour, was quick to point out the qualities that the defender showed throughout the showcase event.

“He played in many matches during a short space of time, but continued to show his great attitude and impressed a number of coaches and scouts,” he continued.

Furthermore, Taylor revealed the source that brought Shin to PSC’s attention and how he looks forward to recruiting high-level players using the same method.

“We have a good link with Bethesda University Coach Yangho Lee and he alerted us about a number of quality South Korean players on his team, like Peter,” said Taylor.

“We look forward to continuing this relationship with Yangho in the future and wish Youngsoo the very best of luck over in Finland during his trial period,” concluded Taylor.