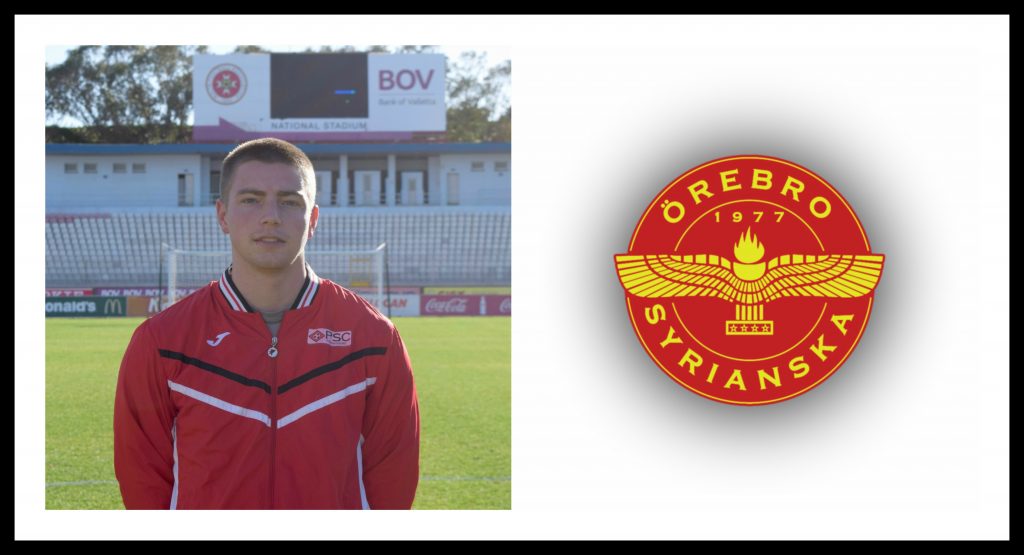 The 23-year-old impressed PSC Coach Patrick Walker during our latest Showcase Tour of Malta, and subsequently Walker recommended the defender to a number of Scandinavian clubs, who have worked with PSC in recent years.

After Swedish side IFK Kumla decided against signing Weber, the Nebraska Wesleyan University graduate was offered the opportunity to trial with Syrianska and signed with the club earlier this month.

Speaking on his move to Sweden, Weber said: “I’m really excited to be signing with Örebro Syrianska. The squad is very strong and I look forward to helping the team finish towards the top of the table.

“Away from football, it will also be a whole new experience for me; Örebro is a great place to live,” continued an exuberant Weber.

And from developing Weber’s game in Malta, to securing him his first professional contract in Scandinavia, PSC Coach Walker has been a key figure in the centre back’s recent footballing success.

“I’m delighted Will has signed in Sweden,” said Walker.

“Will’s work ethic and attitude, both on and off the pitch, are second-to-none. During the Showcase Tour he demonstrated his ability to deal with a high number of games over a short period of time, against high-level opposition.

“His possession of these qualities meant it was easy for me to recommend him to clubs who I’m in close contact with over in Sweden. He deserves everything he’s achieved and I’m excited to see how he performs during the coming weeks and months with his new side,” continued Walker.

And concluding his thoughts on signing with Syrianska, Weber said: “I would like to thank PSC for helping me get set up out here. Without PSC’s help, none of this would have been possible.”

All of the staff here at PSC wish Will the very best of luck over in Sweden during the next chapter of his footballing career.

If you would like to follow in the footsteps of Will and start your own professional career, please e-mail info@pscltd.co.uk for more information on PSC’s programmes.