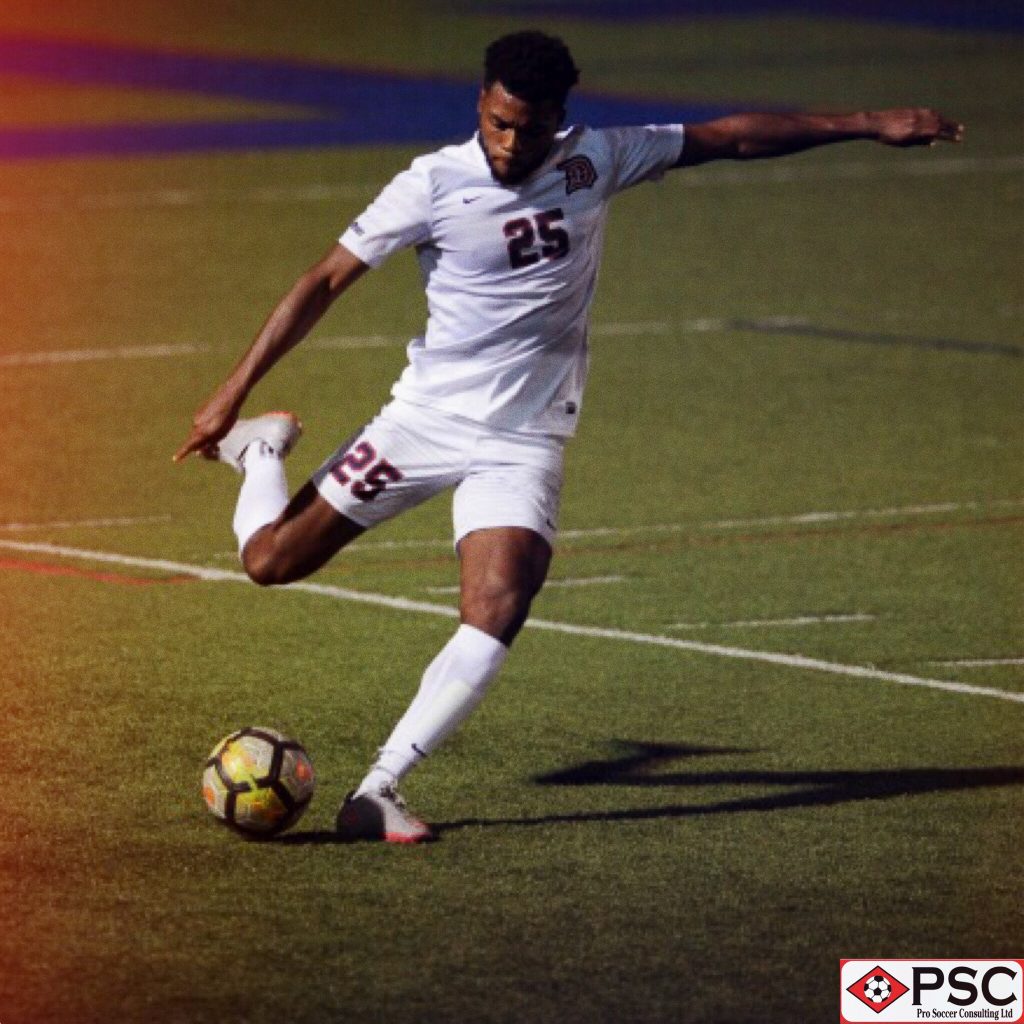 The 22-year-old central midfielder was spotted by Thróttur’s Assistant Coach Jamie Brassington during PSC’s Fort Lauderdale combine in December 2017, and was subsequently invited to trial with the club.

Seidu arrived in Iceland earlier this week, and has been involved in training sessions and match action with the Thróttur squad as part of his trial with the side.

“We could tell he was a hard worker from the outset, and he combined that with his skill set over the three days in Florida, which led to many of the attending clubs registering their interest in him.

“We’re hoping he replicates the performances he produced in Florida over in Iceland, and progresses to the next level,” Deeley concluded.

All of the staff here at PSC wish Nigel the very best of luck during his trial period with Thróttur Reykjavík.

If you would like to follow Nigel’s path towards success, check out our Upcoming Events page – displaying information on our upcoming combines across the States.