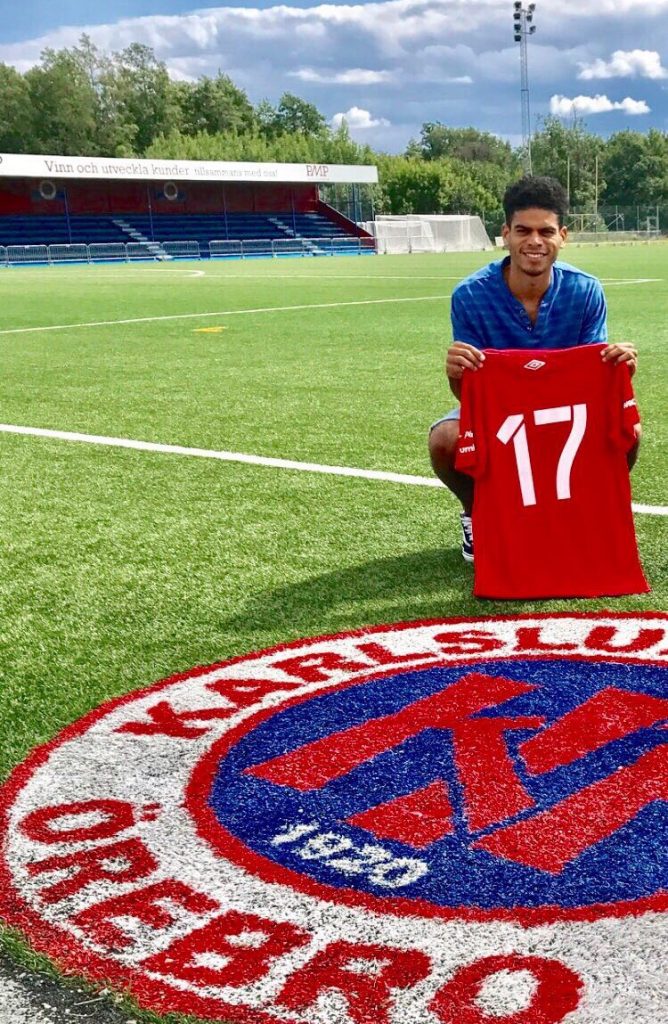 The 25-year-old forward was spotted by Karlslunds Technical Director Ibbe Bemacce during PSC’s recently-staged Houston combine event, and was subsequently offered an opportunity to trial with the club.

He arrived in Sweden last week, immediately impressing Karlslunds’ coaches during team training sessions and a mid-season friendly, before putting pen to paper on a contract with the Örebro-based outfit on Monday.

Speaking to PSC following the confirmation of his signing, Gulley was brimming with excitement and gratitude as he looked forward to his future on European soil. He said: “I’m truly grateful for the opportunities PSC have given me since attending the summer combines – it’s been a wonderful journey. 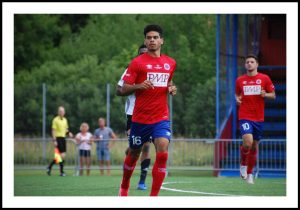 Red and Blue: Gulley sporting the Karlslunds colours during a recent mid-season friendly.

“I’m excited about living in an unfamiliar country, learning a new culture, and hopefully helping Karlslunds win games and fight for promotion to Division 1.

“Improving my game on a daily basis, while continuing to be a student of the game is also important. With that, I’m already getting to know my teammates and I believe our bond will only get stronger.”

Gulley impressed a host of coaches during PSC’s Houston combine, and before trialling and signing with Karlslunds, spent a number of days training with USL side Tulsa Roughnecks – opportunities he believes are achievable for a host of aspiring professionals who wish to work with PSC.

“The staff at PSC have many connections and contacts all over the world, and if you perform well during their events they will find a professional setting to help you start your professional career,” said Gulley.

“My PSC experience has been super positive; all of the coaches attending the Houston combine were fun to work with. Also, Tom Taylor and Simon Deeley [PSC directors] were easy to communicate with, and always kept me informed post-combine.

“I would definitely recommend PSC to any aspiring professional footballers looking to make their dreams come true,” he continued.

Concluding his words, the University of Tulsa graduate revealed what he believes will be his biggest challenge upon starting a new life in Sweden. He said: “The biggest challenge I’ll have is the language barrier, but I’m hoping to start learning a bit of Swedish here and there!”

All of the staff here at PSC wish James the best of luck during his time in Sweden.

If you would like to follow in the footsteps of James, please e-mail info@pscltd.co.uk for more information on PSC’s programmes.