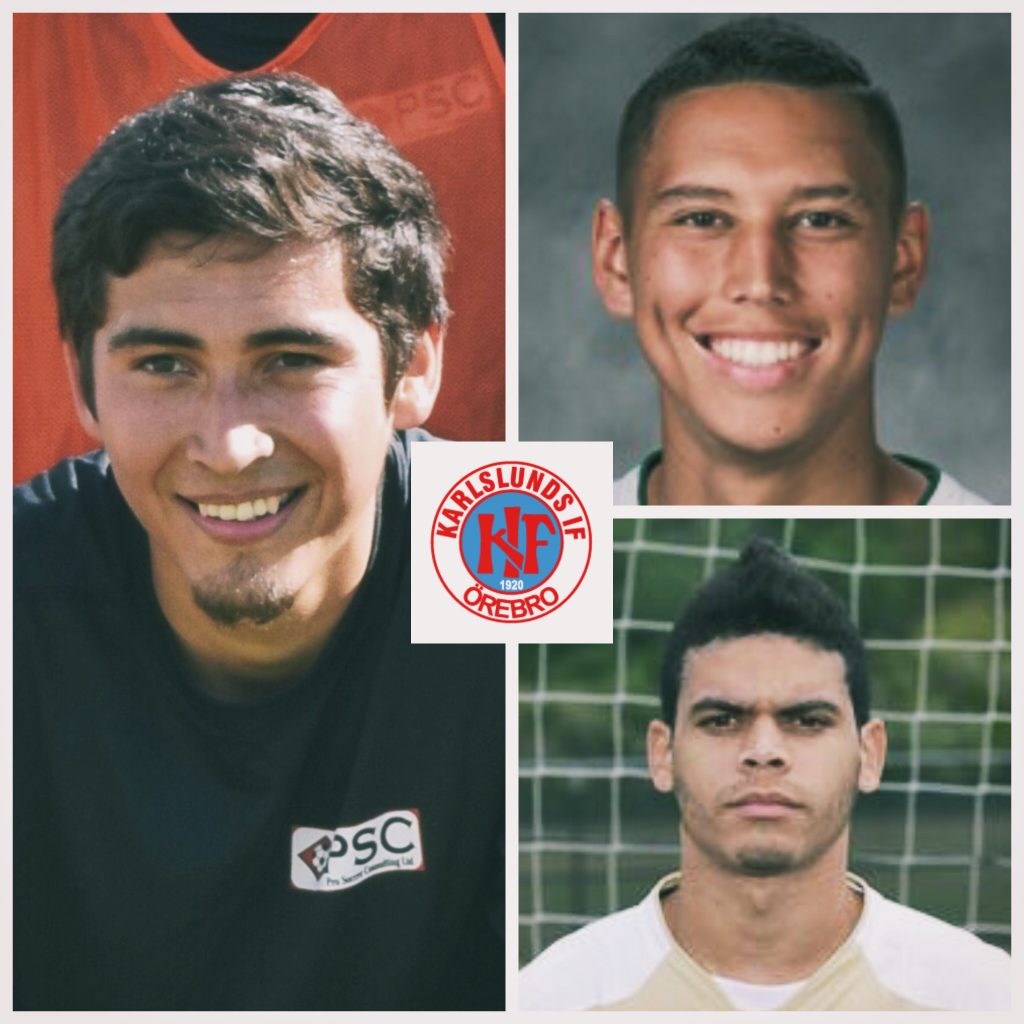 The trio impressed Karlslunds Technical Director Ibbe Bemacce during PSC’s recently-staged combine events in Houston and Los Angeles, and were subsequently invited over to Scandinavia to tryout with the club.

Fellow L.A. combine attendee, Quintanilla, is also fighting for a spot at the centre of the Karlslunds defence, along with Camacho. The 23-year-old spent last season with PDL outfit San Francisco F.C., and is a former Sacramento State University player.

Meanwhile, Gulley, experiencing his second club trial since attending PSC’s Houston combine, is looking to show his worth at the opposite end of the field to that of his fellow trialists. The 25-year-old ex-University of Tulsa forward trialled with USL side Tulsa Roughnecks last week, but the Oklahoma-based outfit decided against adding the player to their roster.

We wish Juan, John and James the very best of luck during their trials over in Sweden.

If you would like to follow in the footsteps of Juan, John and James, please e-mail info@pscltd.co.uk for more information on PSC’s programmes.