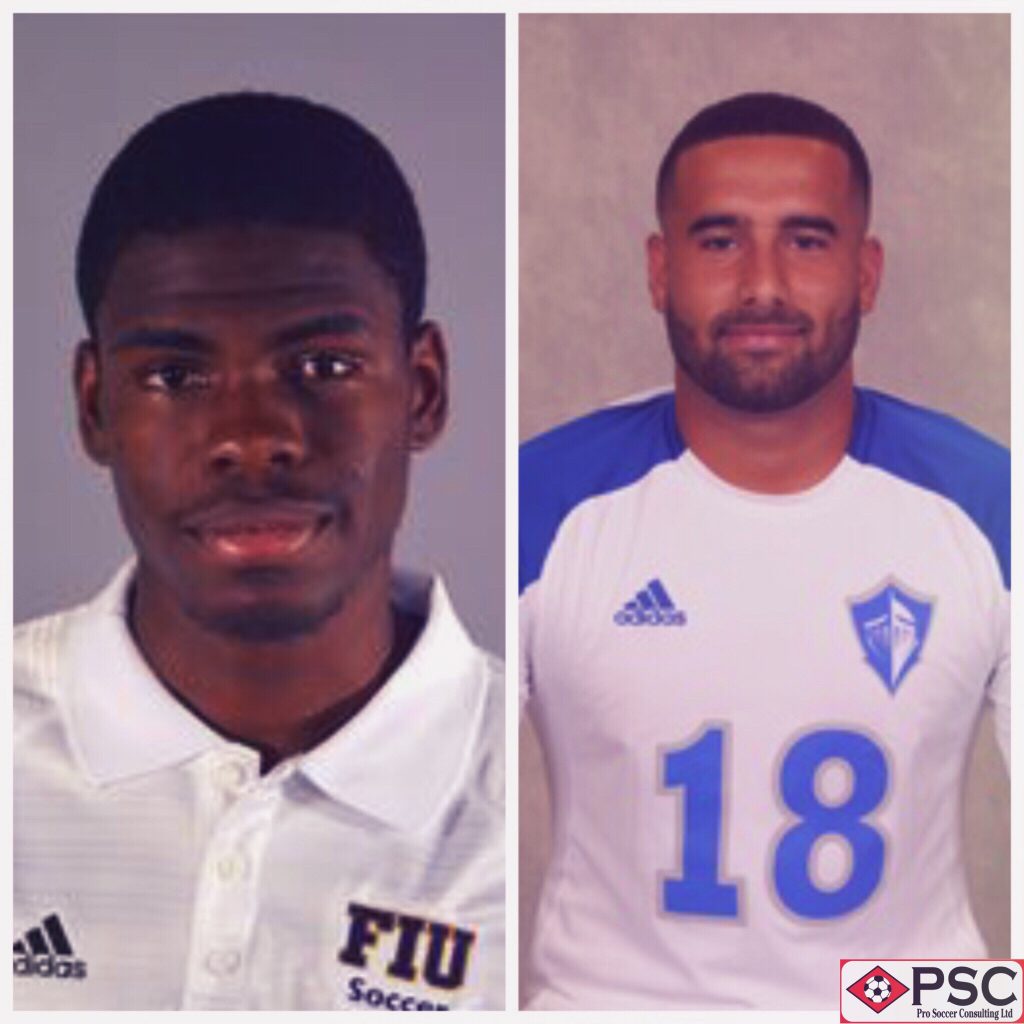 Both individuals were noted as standout players by Charleston Head Coach Michael Anhaeuser during PSC’s Fort Lauderdale combine in December 2017 – and after monitoring a wide range of attendees during the three-day tryout event, Anhaeuser offered both Nembhard and Ayrolla a trial opportunity with his side.

23-year-old defender, Nembhard, will be looking to follow in the footsteps of his stepfather, who competed as a professional soccer player for 14 years, representing the US men’s national team. The left-back will also draw on his college playing experience with the Florida International University Panthers, alongside his fellow triallist, 23-year-old frontman Ayrolla, who represented Lynn University’s soccer team for four years.

Speaking following confirmation of the trials, PSC Director Tom Taylor reflected on what he believes is a fantastic opportunity for both players.

“We know college soccer in Florida is of a high level – there’s lots of talent in the area and that’s why we stage our combines in the state each and every year,” said Taylor.

“Players who compete at a good college level often turn their noses up when we approach them about attending a combine – perhaps thinking they are of too high a standard to participate. That’s why I’m pleased both Matheus and Deshawon were confident enough to attend the Fort Lauderdale event, and now they’ve been rewarded with an excellent pathway into the USL. That pathway is invaluable in a league which is becoming increasingly difficult to be a part of, as the standard of soccer and number of overseas players joining the USL clubs rises each year.

“I’m delighted that Matheus and Deshawon caught the attention Michael Anhaeuser, it means they have an opportunity to earn themselves contracts with a top-quality USL side. Charleston is one of the USA’s longest-standing professional soccer franchises, with a rich history and a fantastic soccer-specific stadium and training facility.

“If Matheus and Deshawon earn a place on Charleston’s 2018 roster, they’ll have an abundance of opportunities, including the chance to take part in the upcoming 2018 Carolina Challenge Cup – a competition which allows USL players the opportunity to compete against MLS opposition,” concluded Taylor.

We wish Deshawon and Matheus the very best of luck during their trials with Charleston Battery.

PSC will be returning to Florida next month (March 23, 24 and 25), in search of more talented players worthy of earning professional opportunities, in both the USA and Europe.