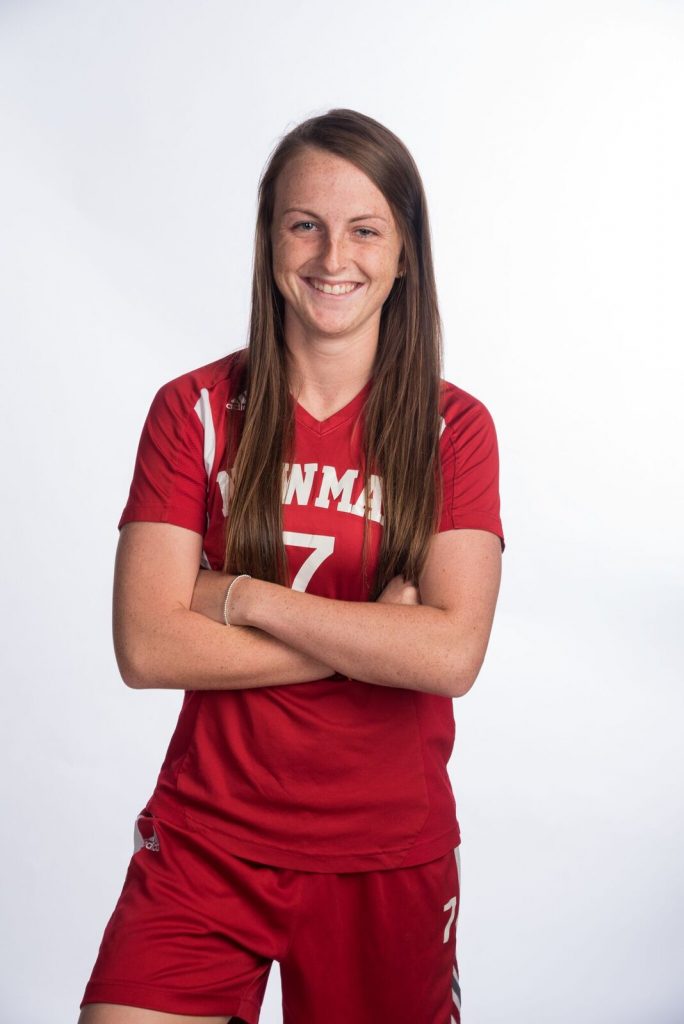 Newman University Soccer Player Amy Strath has signed in the Icelandic Premier League and will play professionally for the Icelandic club team Fylkir after being placed by PSC Soccer. Strath will be joining up with soon-to-be teammate Kyra Taylor, who PSC also placed at the club earlier this year, and will become the third player PSC has placed in the Women’s Icelandic Pepsi (Premier) League, and the ninth player PSC has placed in the Women’s professional game in 2019.

Taylor made her debut with Fylkir this week in a 1-1 draw and Strath will officially be joining up with the rest of the squad this week.

“I feel very excited but also nervous because it has been my dream since I was a little girl to play pro and now it’s finally coming true,” Strath said. “It’s a feeling I can’t describe.”

Strath was named the Heartland Conference Defensive Player of the Year in 2017 at Newman University and started in all 19 games during the regular season. She plans to learn as much as she can from this professional experience and aims to help out the team to the best of her ability.

“I’m looking forward to playing at a high level against some very talented players. To be challenged but also to help this team in any way I can,” she said. “My hope for the future is to keep playing pro but also in different countries, to keep getting better and to make it as far as I can.”

The 23-year-old defender will play under Coach Sigurdur Reynisson, commonly known as Coach “Siggi.”, who PSC have a strong relationship with after his attendance at our Women’s professional soccer tryouts earlier this year. Strath looks to further develop her skill set as a player and is eager to see the different style of play in Iceland.

“I think it will help develop my game a lot and also make me stronger, faster and more experienced. I also believe it will help build my confidence more,” she said.

After proving herself as a dominant collegiate player from both an athletic and statistical standpoint, Strath knew she was ready for the next step, which is precisely why she decided to move forward with PSC and the placement process.

“My experience has been really good, Simon Deeley (PSC’s Director of Women’s Placements) has been amazing throughout this whole process. Explaining everything bit by bit and always checking up on me,” she said.

“I would like to thank all my coaches for getting me to where I am today,” she said, “but also my friends and family for the endless love and support but most importantly my mum and dad for all the sacrifices they have made to help me chase my dream!!”

Are you looking to grow as a player and further your career like Amy? Click here to check out our upcoming Women’s Pro Soccer Combine dates or contact Simon Deeley to begin your professional career.