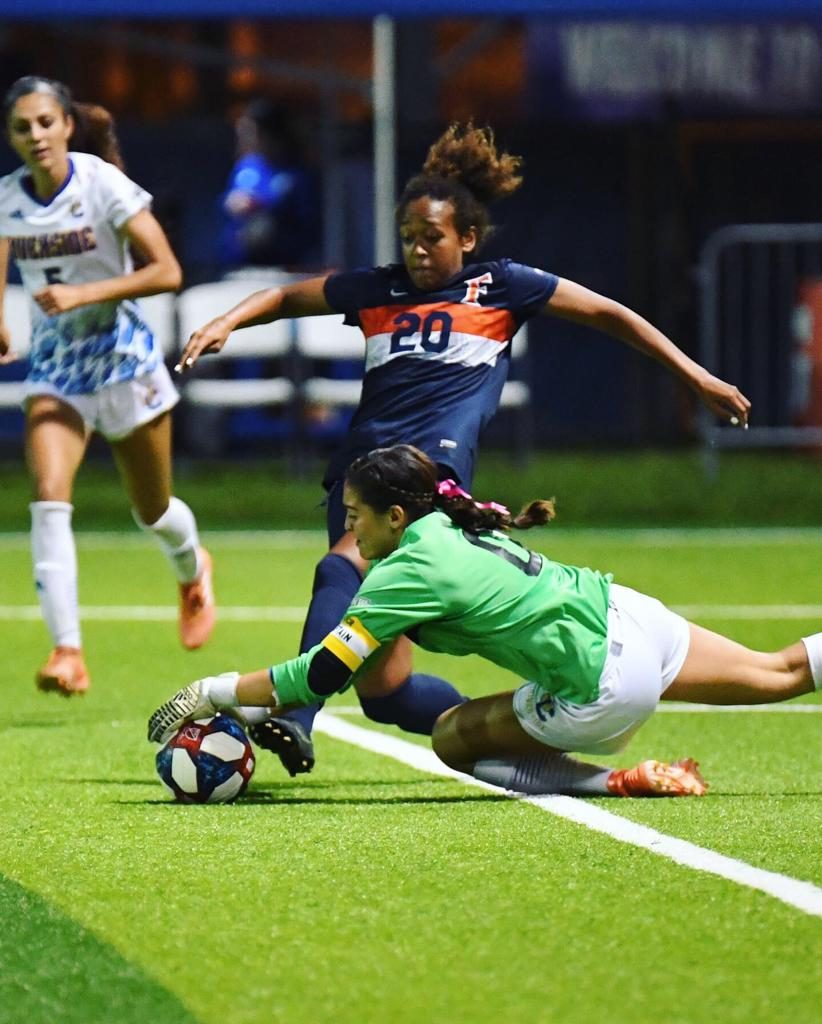 PSC Are proud to announce their second Goalkeeper signing of the year in Iceland as Anne Bailey signs with Fjardab/Hottur/Leiknir for the 2021 season.

She is the second PSC goalkeeper to sign in Iceland this season following Maggie Smither’s signing with Grotta in April, and the second PSC player to sign with Fjardab/Hottur/Leiknir after Bayleigh Chaviers was revealed earlier this week.

Anne will join up with her teammates this week as they look to clinch promotion having missed out for the past two seasons by a couple of points and on goal difference respectively. We caught up with her to find out how she felt about the opportunity to play pro in Iceland; “I have had the desire to play at the professional level since I was young. I am looking forward to continuing to develop my game in Iceland. Soccer is such an amazing sport that can be coached many different ways, and I am excited about all of the new tactics and techniques that I will learn during my time with FHL.” 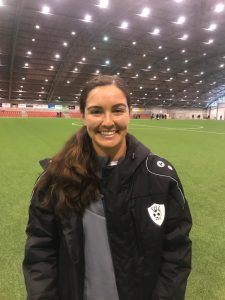 For most pro prospects, playing and training competitively has been a challenge this last 18 months in a locked down California. The UC Riverside was no exception but with the support of those around her, found a way to keep sharp “I would drive around my city searching for an open field and a net. My fiancé would accompany me to train with me. Several nights a week we would search for any field that had lights on, and we would train until the park closed and lights went out.”

And in April 2021, she was asked to commit quickly to the opportunity with a fast approaching transfer deadline. “I immediately knew I wanted to pursue this opportunity because this was the moment I had been working so hard toward, not only throughout all of 2020, but throughout my entire life.”

When asked about how he experience with PSC had been, and the support she received from PSC’s Director of Women’s placement, Simon Deeley, she commented “Working with PSC has been absolutely amazing. Simon has been extremely attentive throughout this entire process. Having someone as knowledgeable and understanding as Simon has been so helpful for someone like me, just entering the world of professional soccer.  He helped me to feel confident that this was the right move for the next step of my career.

Finally, we asked the Californian born goalkeeper who will now ply her trade on the East Coast of Iceland if there was anyone she would like to thank or acknowledge before she embarks on her first season as a pro:

“I would like to thank my mom, dad, and brother for always supporting me; I would not be where I am today without them. They have all gone to great lengths to make sure I had everything I needed- whether I needed someone to push me as a workout partner or fly across the country to cheer me on at a game, I have never faced any part of this journey alone. I would like to thank my fiancé, who is always willing to do anything it takes to help me chase my dreams. He believes in me on the days that I sometimes don’t believe in myself, which has made all the difference. Thank you to all of my coaches and trainers, from club through college, who have shown me the intricacies of this sport and the art of goalkeeping. Thank you Simon and PSC for making this opportunity possible. And thank you Jesus for allowing me to continue pursuing what I love to do most.”