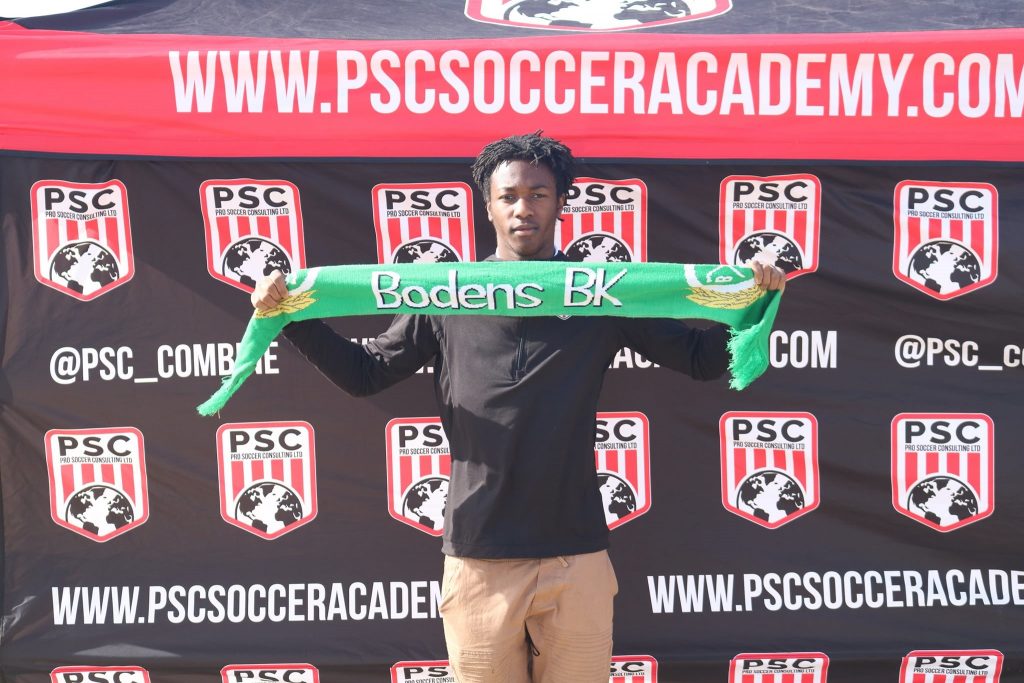 PSC are proud to confirm the official signing of Arizona Pro Soccer Tryout attendee Zishim Bawa who has signed a two year contract with Bodens BK (BBK) in Sweden.

Samuelsson has been a long time friend of PSC Soccer, and has signed and trialed over 30 players in the last eight years. Having received such a strong recommendation from PSC Agency Staff the Swedish Head Coach reviewed extensive footage of Bawa who he signed without trial.

Over the years PSC have sent many players to BBK to begin their professional journey and it has been a successful breeding ground for American based players such as Luchi Gonzalez (current FC Dallas Coach), MLS player Brian Dunseth and more recently Eddy Prugh, Willie Clemons & Jesus Ibarra who have all gone onto progress to higher levels in the game.

“Zishim showcased extremely well to us this year. When I knew BBK were looking for a player that fit his profile it was a no brainer to recommend him to Christian Samuelson. He’s a young, gifted footballer that has tons of potential to go on and play at a higher level. BBK will be a great chance for him to play regularly in Europe and test himself at a higher level.”

Everyone here at PSC wish Zishim, and BBK, the very best for their 2021 season as they look to seal promotion back to Division 1.