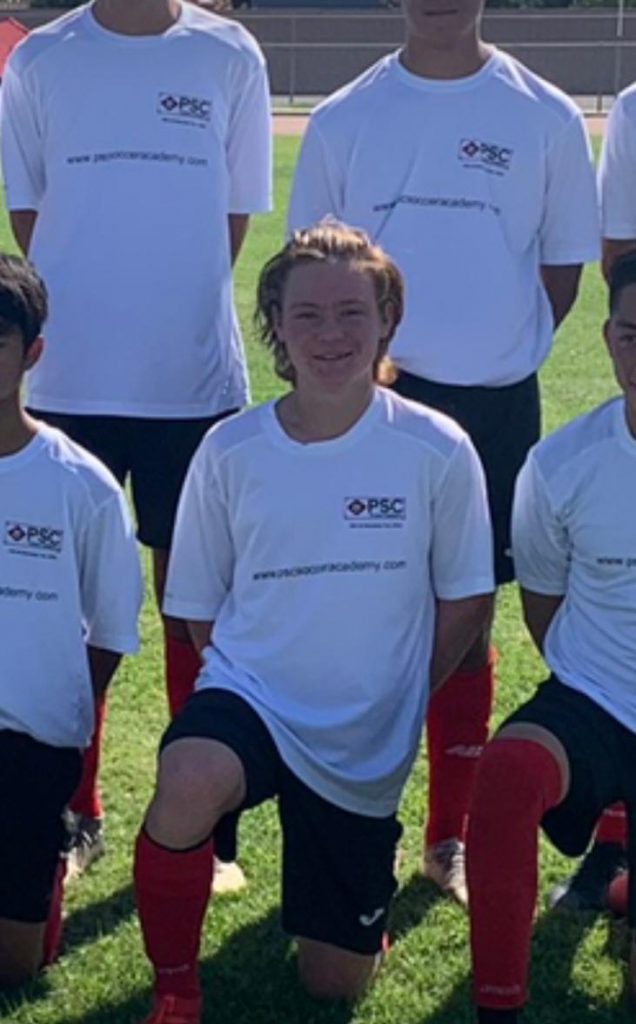 PSC are proud to announce that 15 year old, Luke Newman, was selected to try out with the Sacramento Republic Academy (MLS 2022) following his performances at our Arizona pro soccer tryout last year.

The California native initially caught the eye at PSC’s Arizona tryout in August 2020 with his goal scoring ability and quality distribution in possession. Following further excellent performances in the fall under the eyes of PSC directors and guest coaches at PSC showcase tournaments he was recommended to the Sacramento Republic, currently of USL Championship, soon to be MLS.

After recommendation from PSC, Republic Academy staff saw Luke play live in November at the FC Arizona college showcase tournament in Phoenix. Despite note playing to his usual high standards, coaching staff were able to see his skills and technical qualities. PSC tournament coaches Adam Smith (former Sacramento Republic 1st team coach) and Tom Taylor (PSC Director of Operations) were able to convince the academy staff from previous performances that Luke was an outstanding player for his age and definitely worth looking at closer in their environment.

“With Luke’s skill and game-winning qualities he has been a very consistent performer over the 10 to 15 games we have watched him play. Being a young player, he still has a lot to learn but his performances have shown that he is a player with a lot of potential to progress into the college or professional level. Hopefully we can continue to assist Luke with his development and expose him as much as possible during the next few years. I’m sure he’s going to learn a lot during his trial with the Sacramento Republic and it will be a great opportunity for him.” Said PSC Director, Tom Taylor

“We really appreciate the opportunity for Luke and you’ve been a great advocate. It’s shown us that he needs to be playing at as many high level opportunities as possible and we are grateful for you for setting all this up for him.” Said Kelley Newman (Luke’s mother).

Aged 14 – 19 and looking for academy opportunities? Luke’s first step was to attend one of our pro soccer tryouts and impress our agency staff. You can do the same at any of our upcoming tryouts