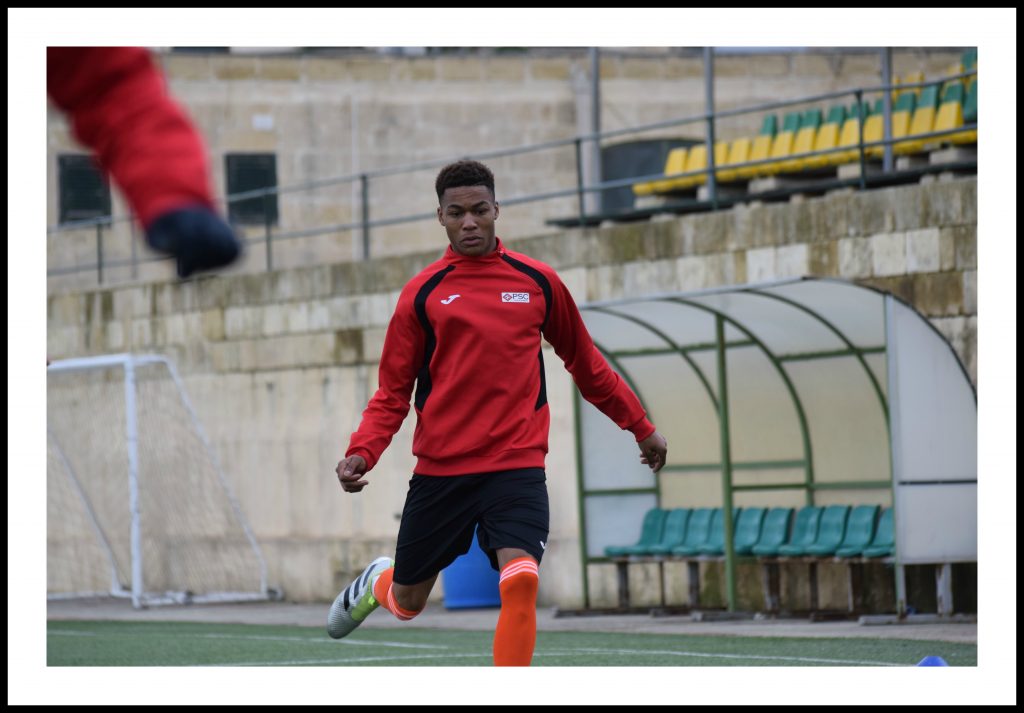 Snow-covered seats gently move back and forth as a gust of wind swirls its way through a sports stadium on a harshly-cold Saturday afternoon in the north of Sweden. A collective sound of footsteps, the clapping of hands, and raised voices begin to resonate around the arena as two sets of football players place their tightly-laced boots upon an artificially-turfed pitch. Among those players is Texas native Leon Taylor – an individual moments away from bringing to life his boyhood dream and making his professional footballing debut.

This moment perhaps reflects a microcosm of the literal and metaphorical feeling of Leon’s distance from home: snow, wind, and the sound of the Swedish language representing, both geographically and culturally, how far he is from his home city of Dallas. Yet stepping onto the pitch of a 5,000 all-seater arena, minutes away from making his dream a reality, perhaps brings Leon closer to home than he’s ever been before.

Earlier this week we caught up with the former Midwestern State University, Oral Roberts University and Midland-Odessa FC player – who recently signed with Bodens BK in Sweden.

Leon discussed the life-changing experience of relocating from Texas to Sweden, how an old coach connected him with PSC, his dream professional debut, and much more. 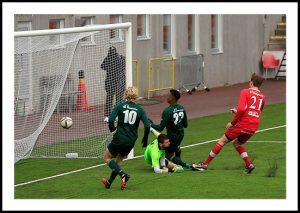 Hi, Leon. How are you settling into life in Sweden?

I currently live in Boden, Sweden. The city is great, it’s very nice. The pace and lifestyle is a lot different to Texas but I’m getting used to it. It’s great to be experiencing a new country while playing soccer.

On my official debut with Bodens, I scored my first professional goal. I soaked up every minute of the game from start to finish. To score on my debut was amazing – it’s a feeling I will never forget.

How did you end up signing for Bodens BK?

I was informed about PSC by my college coach and Oral Roberts University soccer coach, Mac Orr. They told me to get in contact with Tom Taylor [PSC Director]. I reached out to Tom and he basically took care of me from there. A tour of Malta was coming up, which would allow me to showcase myself to clubs in Europe, and he [Tom Taylor] invited me.

I was in Malta for a little under two weeks and it was an experience of a lifetime. The island was beautiful and the hotel was brilliant – we got looked after so well. The pitches we played on were the best I have ever had the pleasure of using and we even got the chance to play at the national stadium.

The teams we played against were all of a very high level. I did quite well and a few different clubs in Ireland and Sweden were interested in me. When the tour was over I was flown out to Sweden to trial with BK Forward – their coach saw me play in Malta and they put me up in a hotel for the week so they could get a closer look at me. I trained with the squad and played in one pre-season game, during which I scored. I enjoyed my time with the club but negotiations couldn’t be agreed between both parties, so I flew back home to Dallas.

Shortly after returning home I got a phone call from PSC saying that another club in Sweden was looking for a striker and that they had seen my highlight video and were impressed. So I flew from Dallas to Bodens and I signed a contract. I moved into my fully-furnished apartment and had one week with the team before our first game of the season. 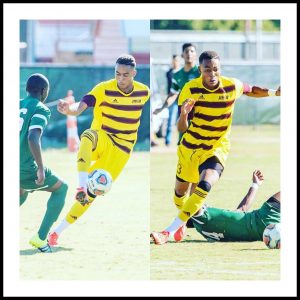 Eyes on the prize: Leon Taylor in action for Midwestern State University.

What would you say the significant differences are between Texas and Sweden?

I’m used to hot days and nights in Texas. In Sweden, from the moment I was picked up from the airport it was snowing. I’m still not completely accustomed to the temperature and try to stay indoors as much as possible!

Also, the professionalism and standard of football here: I’m very well looked after and anything I need I’m provided with. The standard football is top notch – a step up from the level I’ve played at in the past, for sure.

What are your aims for the remainder of the season?

To keep scoring goals in order to help the team win the league title. It’s my first year as a professional so I want to improve every day.

How do you see your career in football progressing?

I just pray I stay healthy, stay coachable, continue to grow and get better as a player. I want to keep working hard and stay humble. 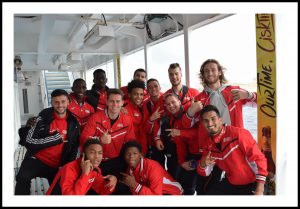 Leon (bottom left) with 2017 Malta Showcase Tour teammates on a ferry ride to the island of Gozo.

What advice would you give to individuals considering attending one of PSC’s Pro Soccer Combines or tours?

The services PSC offer are invaluable for anybody who believes they have the talent to make it as a professional. They put you in front of multiple professional clubs and coaches and you are well taken care of.

The Malta Showcase Tour not only helped me improve as a player, but has given me an opportunity to play in Sweden. If I had not attended the tour there is no way I would be playing in Europe right now. It was also a great experience off the field, because I got to see another country with some great guys. We had a great deal of fun and all still stay in touch.

If you would like to follow in the footsteps of Leon, check out the details of our Pro Soccer Combines taking place across the USA this summer, including Leon’s home state of Texas: https://www.pscsocceracademy.com/upcoming-events/.