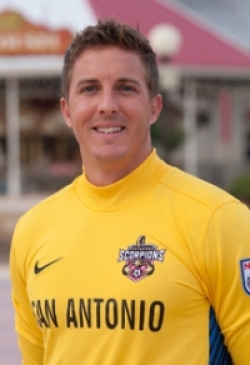 Pro Soccer Consulting (PSC) are delighted to announce that Jacksonville University Coach and San Antonio Scorpions goalkeeper, Daryl Sattler, will be bringing his Goalkeeper academy to San Diego & Las Vegas for a two day clinic hosted by PSC this December. 2012 NASL Golden Glove Winner Sattler will be looking to work with elite goalkeepers who are looking to:

* This camp is open to goalkeepers of all ages and abilities and not just pro / college combine participants. 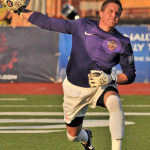 Daryl’s coaching background is extensive in the development of youth soccer players, DA players, collegiate players and professional players. Over the past year, Daryl has become a key member of the PSC staff by as our Director of Goakeeping at our European Pro Soccer Combines and also on our elite showcase tours to Sweden and Turkey where he has trained and prepared players for the professional level. Sattler continues to follow his passion of playing the beautiful game whilst coaching and passing his extensive the knowledge onto future soccer stars. Coach Sattler will also be attending PSC’s College / Pro combines on behalf of Division 1 College, Jacksonville University to evaluate the talent on show.

During his time with PSC in Sweden Sattler worked closely with a number of PSC’s success stories including Zac Lubin who was placed with IFK Lulea in the Swedish First Division. Here’s what he had to say:

“I would like to thank the whole PSC staff for this opportunity. I had a rough first outing with you guys breaking my hand in 2012 but you’re a class group and believed in me, brought me back in December 2013 and was able to showcase my talents in front of the right coaches and staff members that you brought in”

“The Tour itself was a great experience, I was on trial before the showcase team arrived but I never really felt comfortable until the tour group showed up and ran some quality sessions with Daryl (Sattler) and the PSC Staff. It really helped me settle in”

Goalkeepers of any interest or gender are welcome at the camp, if interested in attending please contact us here