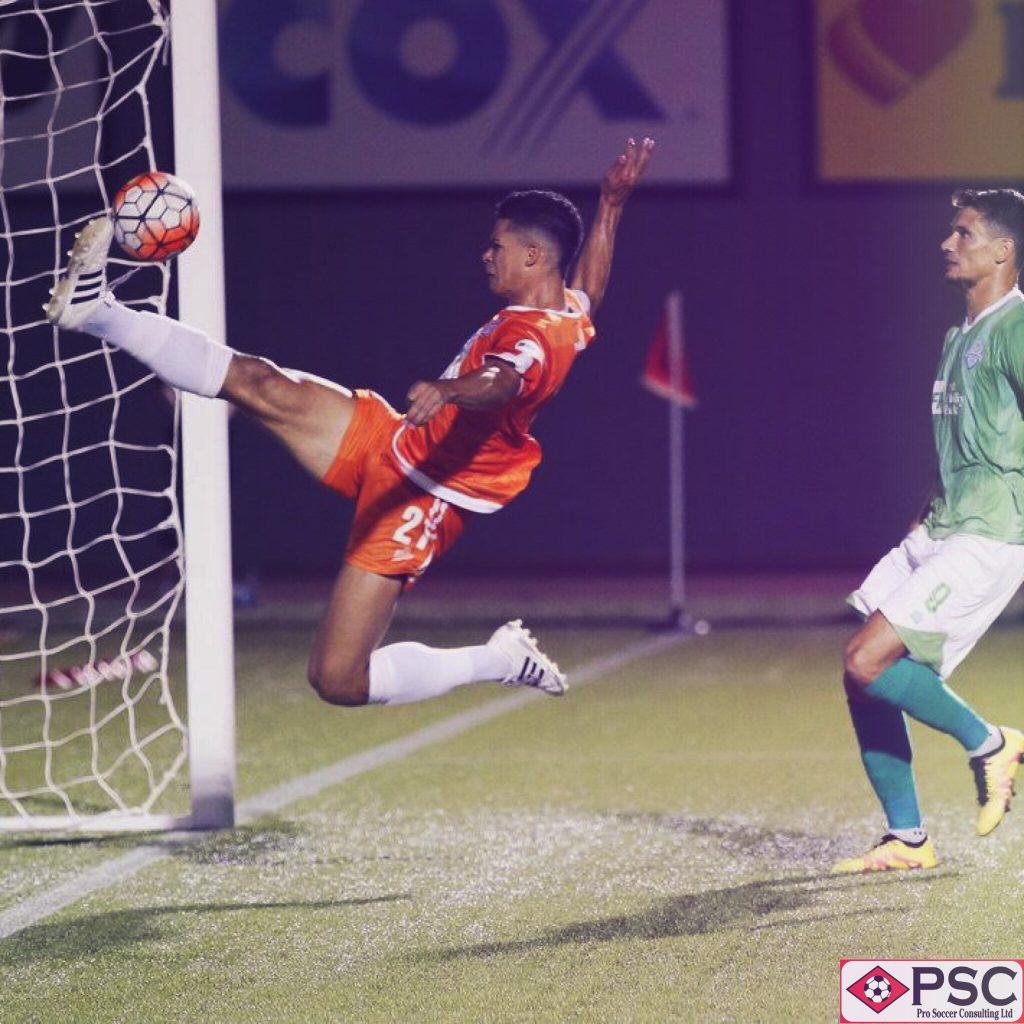 Morgan – who signed with USL outfit Tulsa Roughnecks after attending PSC’s Maryland combine back in 2016 – attracted the attention of Leiknir representative Bjorgvin Karlsson during PSC’s New York tryout event in December last year, and was subsequently offered a trial opportunity with the club.

The 25-year-old defender impressed Leiknir’s coaching staff during his week-long tryout last month and, much to his delight, earned a contract offer from the Icelandic side.

“I was very excited to hear the news that I had earned a contract with Leiknir,” said Morgan.

“It’s a dream to get a chance to play professionally in Europe. My teammates have been very welcoming, and in the two pre-season games I got to play during my trial, the quality of the team was evident.

“Additionally, the coaching staff place a priority on keeping possession of the ball, and I am confident that I will improve under their watch.”

And Morgan reflected on the contrasting off-the-field life in Iceland compared to that of his hometown. He said: “The village of Fáskrúðsfjörður has a population of 700 people – a far cry from the 8.5 million that inhabit my hometown of New York City.

“Everyone knows everyone, so you begin to feel like you’re an extended family member after a few days.”

Indeed, Morgan’s professional success is a microcosm of the varying opportunities that can be experienced with PSC. The Brooklyn-born centre-back’s first PSC-facilitated contract brought him to Tulsa – a city situated upon the famous Arkansas River in Oklahoma, known for its humid subtropical climate. A far cry from the Icelandic village of Fáskrúðsfjörður.

One common theme, though, is the vehicle that brought Morgan to these destinations: PSC’s Pro Soccer Combines.

“I’m incredibly grateful for PSC in helping me secure my first professional contract with Tulsa Roughnecks in 2016, and I’m equally grateful for my latest opportunity in Iceland,” said Morgan.

“Simon and Tom [PSC directors] do an excellent job of keeping a no-nonsense approach to the 11 v 11 games during their combines. Physical play is encouraged and you can truly see which players are fighting for a contract.

“The coaches in attendance consistently approach players, offering words of wisdom and tactical advice to aid development,” he concluded.

Want to follow in the footsteps of Devin? Click here to check out our 2019 Pro Soccer Combine dates and venues.