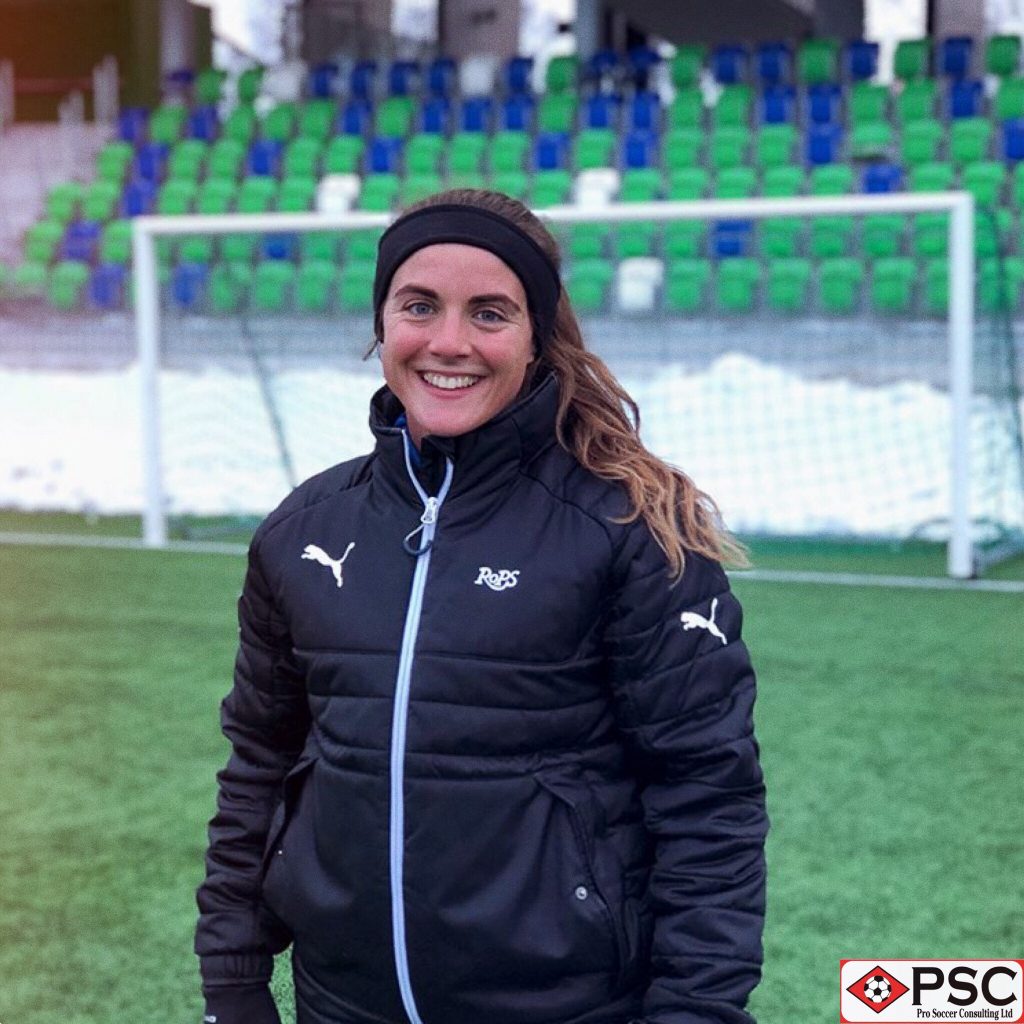 Larrett becomes the second women’s PSC combine participant to earn a contract in Finland, following in the footsteps of goalkeeper Tori Christ – who signed with RoPS back in 2016.

Speaking following confirmation of her deal with the Finnish outfit, 28-year-old attacker, Larrett, was full of praise for the services which PSC provide.

“I wish I had known about PSC sooner,” said Larrett.

“PSC did a good job running the combine, and I am very grateful that they had a number of coaches and scouts attend the event.

“They offer aspiring professionals to opportunity to play professionally, and I wish I had known about this earlier.”

Indeed, when PSC’s Director of Women’s Events, Simon Deeley, reflected on the ability which he’d seen Larrett display during the combine, it perhaps revealed just why the California-born player regretted not being made aware of the services which PSC can provide sooner.

“Despite her injury during the combine’s first day, it was clear to see that Elise was a player with bundles of ability,” said Deeley.

“Not only did she display her ability, but also her character. She came to the event on day two and three to watch the other players in action, and tried to get involved as much as possible.

“She shares many of the same characteristics as Tori Christ, who was a very popular individual with the coaches and her fellow players at RoPS, so I expect Elise will be a good fit at the club.

“I’m excited to see how she gets on during her forthcoming season out in Finland,” concluded Deeley.

Larrett etched her name onto the scoresheet during RoPS’ final pre-season encounter on Tuesday evening, and will be looking to bring that goalscoring form into the club’s season-opening league game this coming Saturday.

Concluding her thoughts ahead of her debut season in Finland, Larrett revealed the aspects of life, both on and off the pitch, which she’s most looking forward to.

“I’m really looking forward to getting to know the team and the Finnish culture,” said the former Boston Breakers Reserves player.

“I’m also excited to see how I’ll grow as a professional – and I’m looking forward to having a good season with my new club!” concluded Larrett.

All of the staff here at PSC wish Elise the very best of luck during her forthcoming season with RoPS.

Would you like to follow in the footsteps of Elise and become a professional soccer player with the help of PSC? If so, please e-mail simon@pscltd.co.uk.