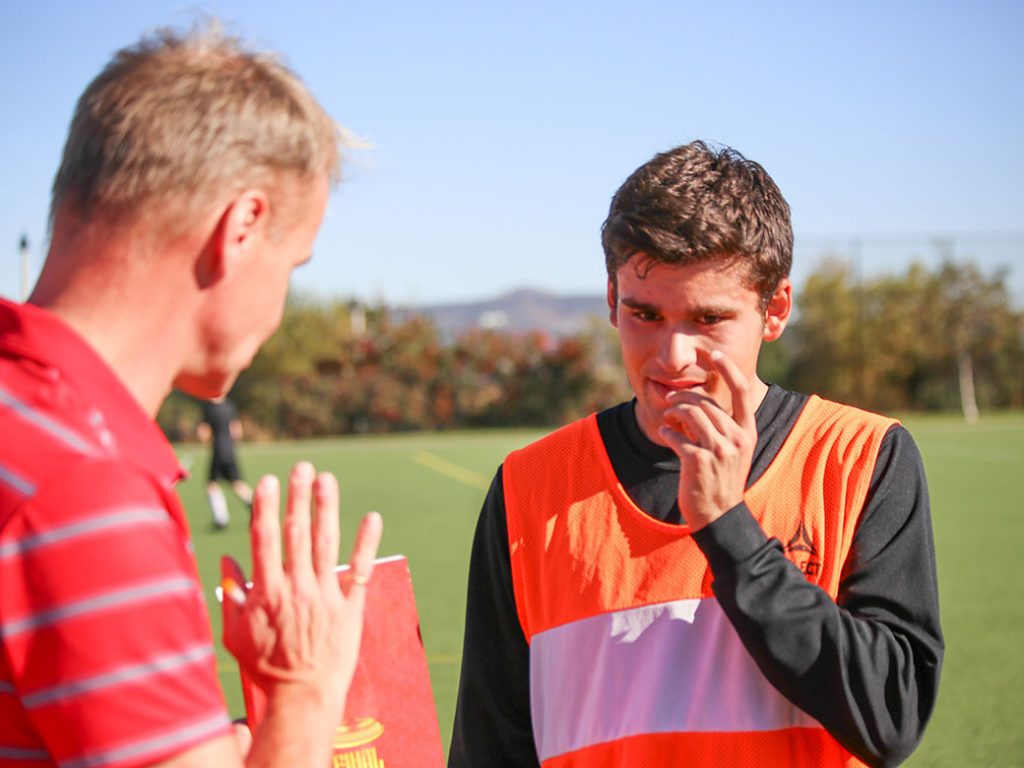 Our European college soccer program offers the chance for North American and Asian soccer players to earn their college degree while training and playing elite soccer full time in Europe. Players will play college soccer in Europe, while obtaining their degree in their selected field. During the year players will also compete and showcase against professional clubs from around the world. PSC will facilitate all communication and enrollment with the European College the player has been selected for.

In order to ensure a truly rounded education, many students look into the possibility of studying in a foreign institution. This experience has many advantages, both personal and professional, which include:

During the last few years PSC have worked with a number of top Irish professional clubs and colleges for player recruitment, coaching and their elite tours. PSC’s Ireland Program is organized by former Irish Premier League players and UEFA Pro coaches Patrick Walker and Declan Roche. During 2015 the following PSC player’s earnt professional contracts and trials in Ireland:

It is through these connections we are able to offer competitive football training for players of any ability alongside the degree of their choice. Players who we feel are strong enough will be offered professional training opportunities which will not conflict with their education, or eligibility. This will put them in a much more advanced position once leaving college.

What are the benefits of this compared to obtaining my degree and playing college soccer in the USA?
Players in the United States typically play a 3 month season during the fall and then further games in the spring in which practices and coaching are limited. The PSC European college program enables players to get consistent professional coaching on a year round basis from the elite university coaches (UEFA Pro License Coaches with professional experience). Players will also work with PSC’s professional coaching staff during the summer or spring period or alternatively be placed with a European or American club during the off-season. We believe that by offering an increase in training time and quality combined with a player’s studies and regular competitive games it can enhance their development a lot further compared to a typical US College Soccer Program.

The PSC European college program is a unique experience offering students to learn more about the world outside of the United States while putting themselves in an elite soccer environment on a full time basis.

How can I be selected?
Players must attend a Combine, camp or be directly scouted by one of PSC’s College recruitment staff. Coaching staff will be looking to thoroughly assess individual player ability, mentality and potential plus their current academic status.

What Schools Can I attend?
PSC will look to find the correct fit for each student. Suitable candidates will be placed Dublin City University, Carlow IT or Cork University in Southern Ireland. At this time, we only offer this program in Ireland.

What courses can I choose?
For specific course information please contact one of our Directors for more details.
Tom Taylor – tom@pscltd.co.uk

Dublin City College and Cork University offers a wide range of different courses combined with their elite soccer program. Carlow IT offers a three year Level 7, BA in Sport & Exercise (Soccer) which is delivered by the Institute of Technology Carlow in association with the Football Association of Ireland.

Will I get assistance with internships and career opportunities?
PSC operate a FIFA licensed player & match agency (www.pscmanagement.co.uk), tour company and soccer academy as well as having contacts within professional soccer all over the world. Successful PSC students will have the opportunity to apply for degree related internship opportunities each summer.

What college team will I be playing for and am I guaranteed playing time?
Each college has an A, B & C Team so all players will be guaranteed games on a weekly basis. Players will be individually selected by the coaching staff and placed on the appropriate team that they believe the player fits in. When a player is initially discovered by the college they will be advised by staff what level they are being recruited for.

Will I get chance to play with other semi-professional & professional clubs in Ireland during my college career and off season?
Yes. PSC’s European staff will also look to place students with outside clubs from Irelands Premier Division to the 4th tier of soccer depending on the player’s ability. Many DCU and Carlow IT students combine their education with playing for Irish Premier League clubs such as Dundalk, Bohemians, Shamrock Rovers and St Patrick’s or top level Amateur clubs. PSC will also look to place players they feel are capable with professional or Amateur U23 teams in North America or Europe during the summer period as was the case with Christian Henry

Will I have the opportunity during the summer to play more games in Europe or United States?
PSC can look to place you into a team in the United States from June – September or alternatively find a team in Europe to play with. Players housing, food and expenses will be their own responsibility during this off season period and they will be placed with a team that PSC feels will suit their current level of play (U23 Leagues to professional level).

What is the PSC European Showcase and how will that fit in with my program?
The European Showcase will run either in the winter, spring or summer break. Dates of the tour will be provided at least 3 months before the squad travels. The fee for this is included in the annual cost. This includes all ground costs such as hotel, food, transport and coaching fee’s. Flights are not included.

What is the cost for the program and is it more expensive that studying and playing in the USA?
The PSC European College program is similar in cost to a typical US program with the added benefit of playing in a year round European soccer program and annual exposure to professional clubs around the world. Prices vary from $32,000 – $38,000 per year. Players receive the following:

*Housing and meals may not be provided over the Christmas break (Mid December to Mid January).
*Meals include lunch and dinner from Monday to Friday
*Transport pass is provided by local bus and train