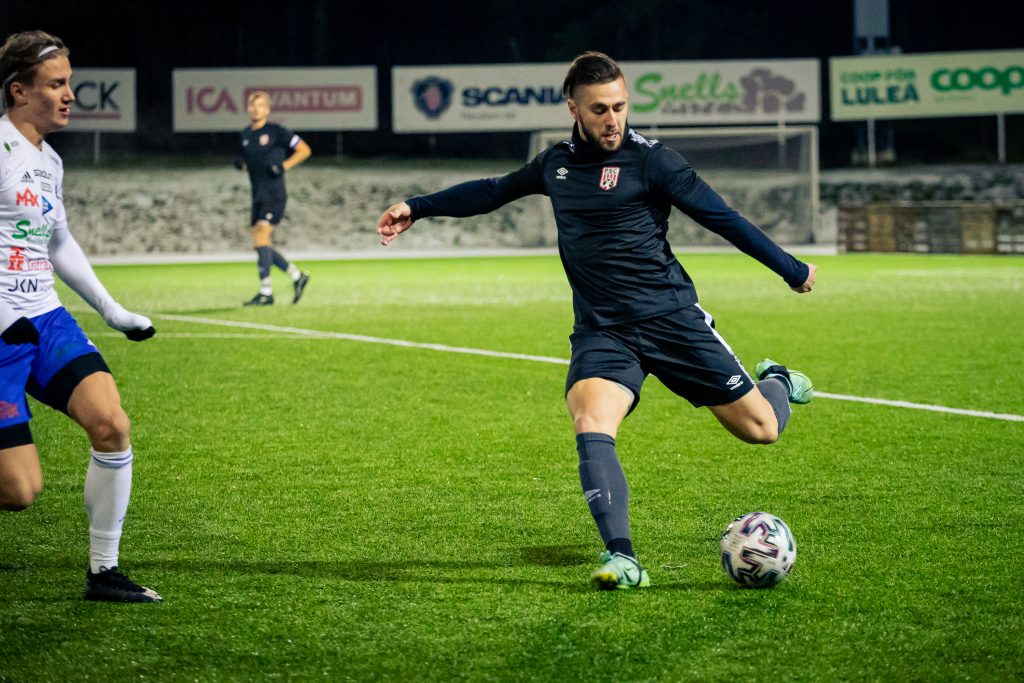 PSC are proud to announce that central defender James Drye has been signed by BK71 Sandoy following his performances on our Finland 2021 Showcase Tour in November.

Drye had the pleasure of being coached by his new Head Coach, Richard Goffe, who was one of PSC’s guest coaches on the showcase. Both player and coach appreciated the opportunity to work together over a 10 day period and learn each others personalities and abilities in what we hope and expect will be a successful step for James in his career.

All here at PSC wish James the best as he begins his professional career in Europe. We took the time to chat to James this week on his move to Europe and how he felt participating in the showcase tour benefitted him both in terms of being exposed to PSC’s scouting network, and his development as a player:

A few things I am looking forward to doing are, firstly, being able to live in a different country, culture and learn everything about the Islands. I also look forward to working with coach Richard and playing the game at the next level.

I hope that I can adjust to the playing style and system of my new team quickly. I would like to be able to come into the team and help as much as I can. One of my goals would be to help the team win the league. Also I want to just grow as a player and learn as much as I can.

Having Richard as one of my coaches over the tour was an absolute pleasure to experience and now I will be able to learn even more from him while joining him in the Faroe Islands. I was lucky enough to talk to him a good amount over the tour and get feedback after a game or training session. I think being able to talk to him and get feedback helped a lot because I was able to correct what happened or help others more for the next game. Also I had a good one on one conversation with Richard at the end of the tour but didn’t wrap my mind around the possibility that he would offer me a contract and join his team!

The tour was absolutely amazing to experience and I was so happy that I was finally about to join the PSC crew on a tour. I was supposed to join the Malta tour back in 2020 but it ended up not being able to happen due to COVID. The experience I was able to have on the field was a pleasure to be able to experience. I had great coaches in Martin and Richard and being able to talk with the other coaches over the tour was great. The facilities were beautiful and definitely kept this desert boy from freezing in the cold snow.

PSC has been a great group of people to work with and I couldn’t have asked for a much better crew to be able to help me get to the next level in my career. They helped me a lot with facilitating the deal I was given from coach Richard and his team. PSC kept me updated as much as they could and made sure that I was happy with everything first.

I would like to thank PSC for the opportunity they gave me from this tour. I would also like to thank coach Richard for believing in me and giving me the chance to play at a high level. I have to thank FC Arizona for welcoming me last summer and giving me a chance to keep playing after college. I have to give the biggest thank you to my family for everything. They were by my side every step of the way from my youth days, to college, to me moving to Arizona in less than 24 hours and now they are with me for my first professional contract. We’ve all shared some highs and lows over the years. Now all of this and everything myself and my family have put into my career has gotten me to where I’ve always wanted to be.