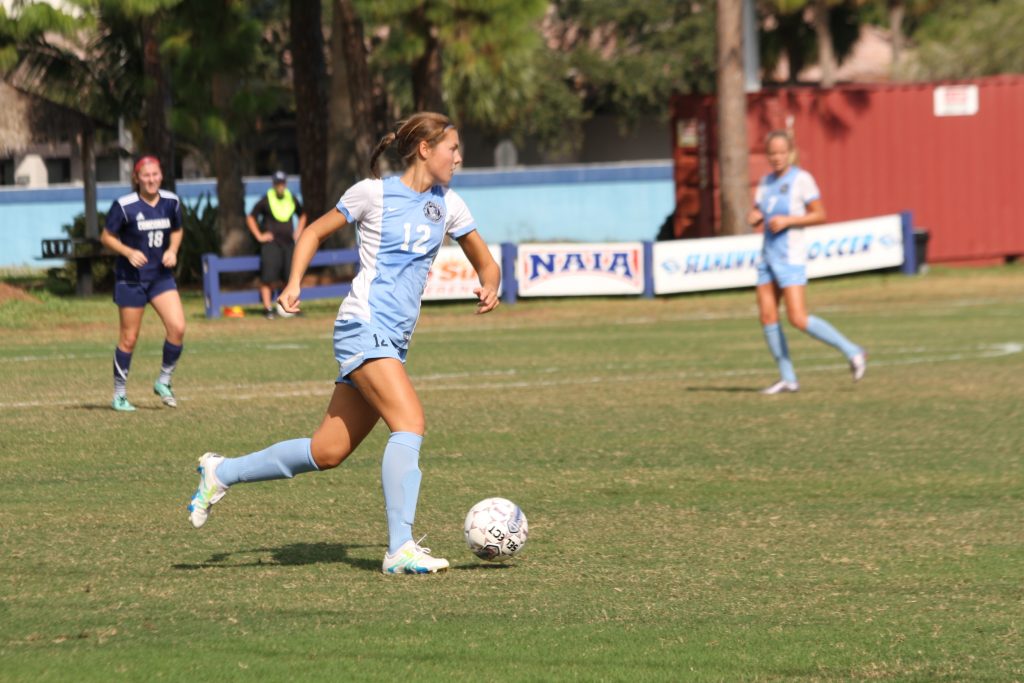 The 22-year-old Swede was recommended to PSC by success story Shane McInerney, who attended college with Engberg in Florida.

Subsequently, PSC’s Director of Women’s Soccer, Simon Deeley, spoke to the forward, and just weeks later a deal with Víkingur was agreed. 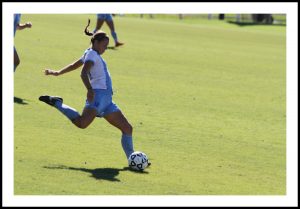 And Engberg, who currently resides in her native Sweden, expressed her delight after putting pen to paper on a contract with the club.

“I’m excited to experience soccer and regular life in Iceland,” she said.

“I’ve lived and studied in the States for four years, and it excites me that I’m moving to a country that is entirely different.”

Furthermore, Engberg revealed her aims for the future with her new club, and what challenges she believes lie in store upon arrival in Iceland.

“I aim to score a lot of goals to help the club climb higher in the division,” said Engberg.

“Soccer, in large part, will be my only focus out there, so I will have a lot of time to get in extra good shape and work on details that otherwise I wouldn’t have as much time for.

“With that, I am definitely expecting new challenges. For me, simply moving to a new country with a new team will be a challenge, because it’s always a little difficult to adapt to playing with completely new players.

“Making the transition from the heat of Florida to the harshly-cold temperatures of Iceland will be difficult, but I’m hoping that will benefit me on the field!” 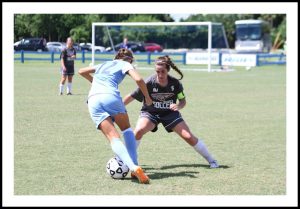 Determined: Engberg looking to make her way past an opponent.

Currently plying her trade with Swedish outfit Älvsjö, the Stockholm-born forward will join up with her new squad in the coming weeks, concluding the PSC-orchestrated transfer process, a process that Engberg praised the work of PSC for.

“The whole experience has been really good, and the contract was signed so fast, which was great,” said Engberg.

“I have been in contact with Simon [Deeley] and he has been very helpful in answering every single question that I’ve had. He always provides a quick response, which is very much appreciated regarding something as exciting as this.”

All of the staff here at PSC wish Johanna the very best of luck over in Iceland.

PSC will be hosting two Women’s Pro Soccer Combines in December 2018. The tryout events are aimed at women looking to break into the professional game in Europe.

You can see all of our women’s success stories here.