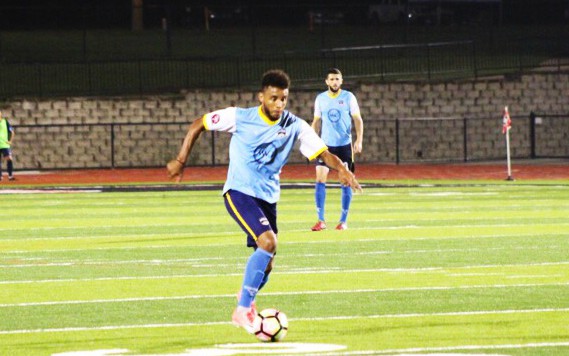 The 23-year-old attacking midfielder was recommended to PSC Agency staff by former Tulsa Roughnecks Assistant Coach Mac Orr, who is a regular coach and scout during PSC tryout events.

Orr spotted Giuliani in action for PDL side Mississippi Brilla FC, and notified PSC of the player’s impressive performances. Agency staff and their network of contacts quickly liaised with clubs in Europe, before negotiating a deal with Kråkerøy, meaning the Southern New Hampshire University graduate joined up with the Norwegian outfit last week.

Giuliani’s move sees him follow a number of former Mississippi Brilla players who have progressed into the professional game, and Head Coach Mark McKeever has worked with many of those individuals, including PSC success story James Gulley, who recently signed with Karlslunds IF HFK in Sweden.

And French native, Giuliani, who netted on his Kråkerøy debut to help his new side secure a 1-0 victory yesterday, expressed gratitude and excitement following his recent move to Norway.

“I believe that a change in culture and surroundings is always exciting,” said Giuliani.

“The club [Kråkerøy] has only good people, and I can’t wait to get on the field and repay what they’ve done for me since I’ve been in Norway. You meet new people, new teammates, new coaching staff, and you have to prove that you are worth their trust.” 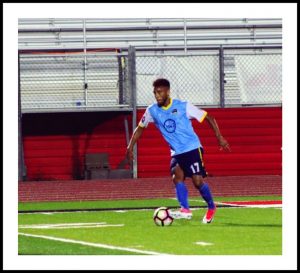 On the Ball: Guiliani in action for PDL side Mississippi Brilla FC.

Giuliani, however, is no stranger to adapting to a new country, culture, and style of soccer. At the age of 21, and after spending much of his youth plying his trade in his home country, he opted to take his studies to the USA. But despite possessing that experience to call upon, he revealed his determination not to rest on his laurels, both on and off the field.

“I am discovering a new country, so learning a new language will be a challenge,” said Giuliani.

“It’s great that most people in Norway speak English, and that’ll be a great help, but I’m still determined to learn the Norwegian language.

“On the field I am discovering a new type of football, and probably a new position, but football is football, so it all depends on me and my feet as to how I progress!”

Concluding his comments, Giuliani praised the work of the PSC staff – before, during and after his transfer to Kråkerøy. He said: “I would recommend PSC to aspiring professionals, because they helped me find this opportunity in Norway.

“I am really happy and thankful to be here. They [PSC] are always available if you have questions, to give you good opportunities, and to look out for your best interests.”

If you would like to follow in the footsteps of Enzo, please e-mail info@pscltd.co.uk for more information on PSC’s programmes.

PSC Agency staff and coaches from numerous clubs around the world will be searching for players across the States this winter, as PSC stage six Men’s Pro Soccer Combines during November, December and January.