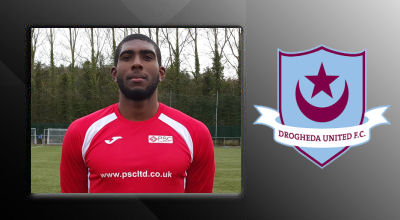 Pro Soccer Consulting success story Joe Jackson has described signing for a professional club with the help of the company as “like no other experience I’ve had in my life”.

The Canadian center-back caught the eye of coaches on more than one occasion, first impressing at PSC’s Fort Lauderdale combine in December 2015, and also at the subsequent Malta Showcase Tour earlier this year.

His performances earned him a contract with Irish Premier League side Drogheda United; something the 23-year-old says he’s still coming to terms with.

In a recent interview with PSC, he said: “My experience has been like no other in my life. If you had told me before January I would be playing professional football in Ireland I wouldn’t have believed you. The staff was behind me 100% and looked after me so that I could not just sign a contract but also be in an environment where I would do well. They’ve been great.”

“I would highly recommend the PSC combines and tours to players out there. The doors PSC can open in Europe are second to none because they have great connections and take pride in the job they do for you.”

“My advice would be to make sure it’s what you want to do and if you believe it is, go for it. You’ll never know what can happen until you put yourself out there.”

A former West Virginia University student, Jackson has now realized his dream of playing professionally in Europe, and is naturally excited by the opportunity.

“At first I was nervous because I realized that this was a step up from anything I had done before,” he added. “But I knew I wanted this more than anything else and the feelings of a great opportunity and excitement took over.”

“The thing that excites me the most is the level of passion for football here. Being able to see it first-hand from the club supporters in Ireland pushes you to be a better player. After college I tried several times to become a professional and it was through PSC that I was able to finally do it.”

“I heard about the event through another PSC contract signee Zari Prescod. I knew him from my PDL days and I wanted to try an opportunity as he did. I chose PSC because of their great trial and contract track record. They also have many tours and showcases throughout the year.”

If you think you have what it takes to play professionally, please attend one of our upcoming combines, or contact our staff.