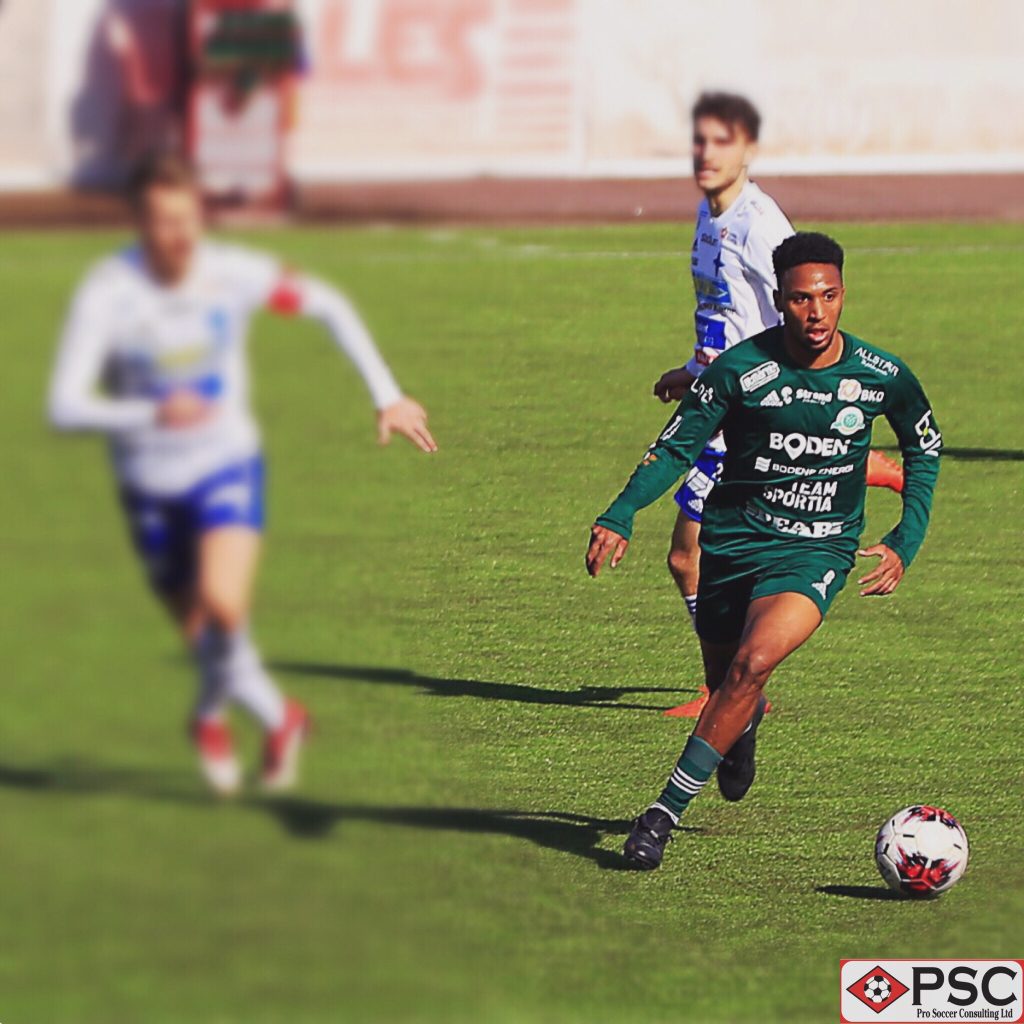 2018 has already proved to be a landmark year for PSC: a newly-formed partnership with LA Galaxy OC, a first-ever Showcase Tour of the Baltic region, and staff securing contracts for players from countries including Australia and Bermuda for the very first time.

Baltic Showcase Tour attendee Willie Clemons became PSC’s second-ever Bermudan success story when he signed for Swedish Division 2 side Bodens BK back in March – following in the footsteps of his fellow countryman Dante Leverock, who penned a deal with Estonian premier division outfit JK Narva Trans at the turn of the year, after his standout performances during PSC’s 2017 Fort Lauderdale combine.

Both players have enjoyed promising starts to their European careers, contributing at both ends of the field and helping their respective clubs to some early-season success. Clemons’ new side are just four points behind the league leaders following a positive start to their 2018 campaign, while Narva Trans sit in fourth position in the Estonian top tier.

Hi, Willie! How are you finding life in Sweden?

It’s good, I’ve settled in well and I like it here. The people are friendly and it’s a very close-knit community which really helps.

Tell us how your transfer to Bodens came about…

After participating in the Baltic Showcase Tour, I earned trials in Estonia and was close to signing there – but things didn’t turn out in the way I had hoped.

After talking with Tom Taylor [PSC Director] and Aleksandrs Cekulajevs [PSC Baltic and European Recruiter], we came to an agreement about an opportunity here at Bodens. I came here on trial and helped the club win the Arnes Bil Cup in pre-season – it seemed like a perfect fit. The rest is history.

Tell us about your experience during PSC’s Baltic Showcase Tour…

It was a great experience, we had a good group of talented guys. The showcase helped me get up to speed with the play, and experience different levels of play in Europe. 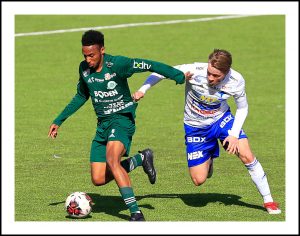 How does life, both on and off the field, differ from both the States and Bermuda to Sweden?

The game is a lot faster here and life off the pitch is simple – a lot less hustle and bustle but it’s good. It’s a good environment to focus on the task at hand. In one word, I’d say “chill”.

Bodens have started the season well and you’ve contributed with a number of goals – what are the club’s and your personal aims for the season?

Yeah, we’ve had a good start, and we’re aiming to be on the top of the pile at the end, but it’s a long road. We’ve got a great group of guys and I think we’ve got a real chance.

Personally, I want to keep contributing, hopefully score some more goals and get some assists.

What aims do you have for your future soccer career?

I want to go as high as possible, I’d love to move up to the higher divisions here in Sweden: Superettan and Allsvenskan. I’d also love to play elsewhere in Europe: Spain, Holland.

Finally, what advice would you offer to players attending PSC’s future combines and tours?

My advice would be to play your game, do what you’re best at. Do the simple things well, work hard and keep and open mind.

Bodens BK, along with a host of other clubs and scouts, will be on the lookout for talented players during PSC’s six combine events across the States this June and July. Be sure to visit our Upcoming Events page for more information.