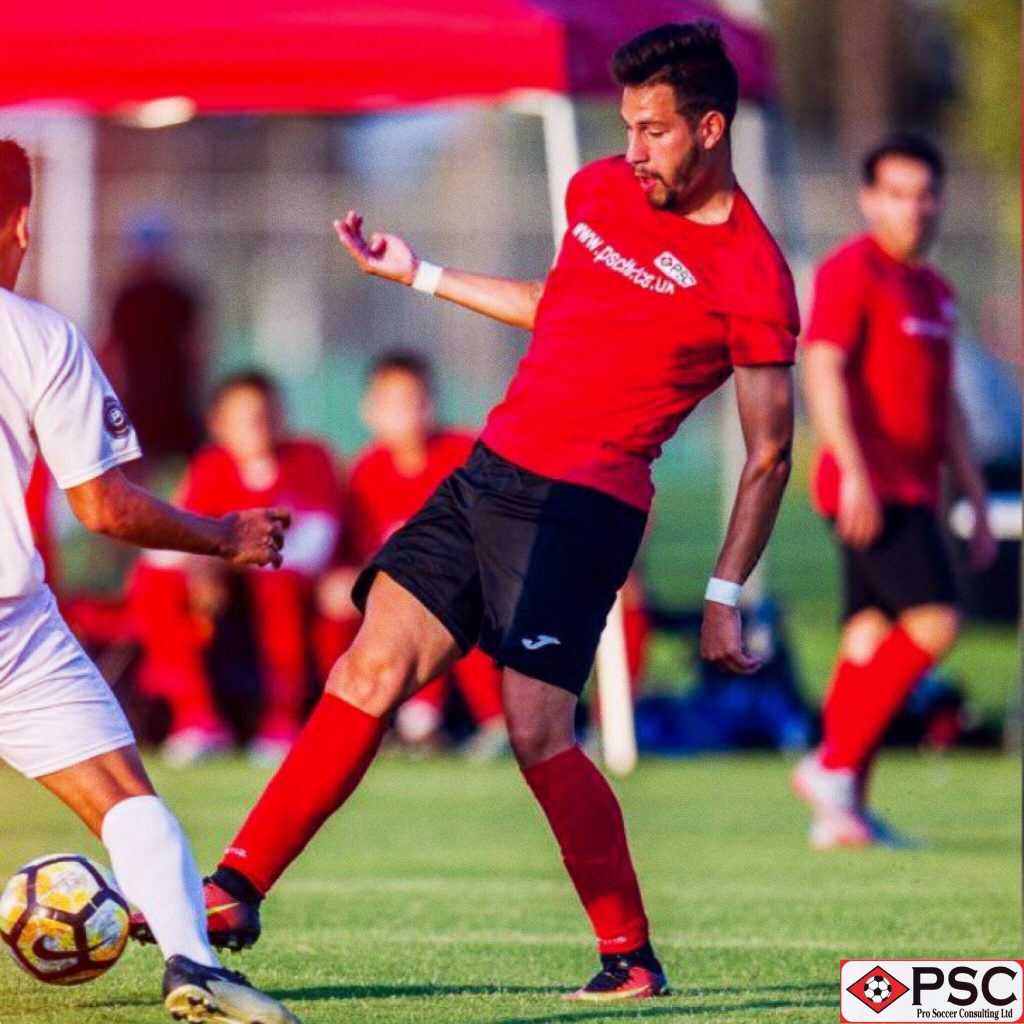 Now, the midfielder is a San Antonio FC (USL) first-team squad member, and his dreams have truly come to life.

Confirmation of the deal came on March 3, a little under two months after the conclusion of PSC’s Orlando combine – an event during which the Warner University graduate impressed a number of attending professional clubs, including San Antonio’s technical staff.

Subsequently, San Antonio Assistant Coach Andy Thompson offered Cuomo an opportunity to compete in the club’s pre-season preparations – serving as an extra test for the former NPSL player – and, ultimately, a test which he would pass with flying colours.

Success didn’t come without hard work, though, and invaluable preparation ahead of PSC’s combine came in the shape of participation in PSC’s UPSL Programme.

“Being a part of PSC’s UPSL Programme was a very important and positive experience – it provided me with an opportunity to receive daily, professional training,” said Cuomo, when reflecting on the influence the programme had on his combine performances.

Indeed, it was a case of the Greece Athena High School graduate progressing to the next level, having proved his worth with former club Rochester River Dogz, earning a place in the NPSL First Team Supporters’ XI, back in 2016.

And if PSC’s UPSL Programme had provided the platform for Cuomo to reach the next level, his stage to perform upon was PSC’s Orlando combine – a combine which, in his opinion, differed from others.

“The best thing about it [the combine] was that each coach from each country looked at the game a bit differently – so it felt like all of the different types of players in attendance could attract attention from professional coaches,” said Cuomo.

“I found it easier to go to one location, do what I love – which is to play soccer – and showcase to around 10 coaches from Europe and the USA.”

Cuomo’s signing with San Antonio is preceded by a host of other success stories selected from PSC’s Florida combines in recent months. That success means PSC, along with a number of professional clubs, will be returning to Orlando, Florida, in pursuit of more talent on March 23, 24 and 25, 2018.

If you would like to follow Gianluca’s path to success, please visit our Upcoming Events page for information on our March and June combine events.

All of the staff here at PSC would like to congratulate Gianluca on signing with San Antonio FC, and wish him the very best of luck during the forthcoming USL season.