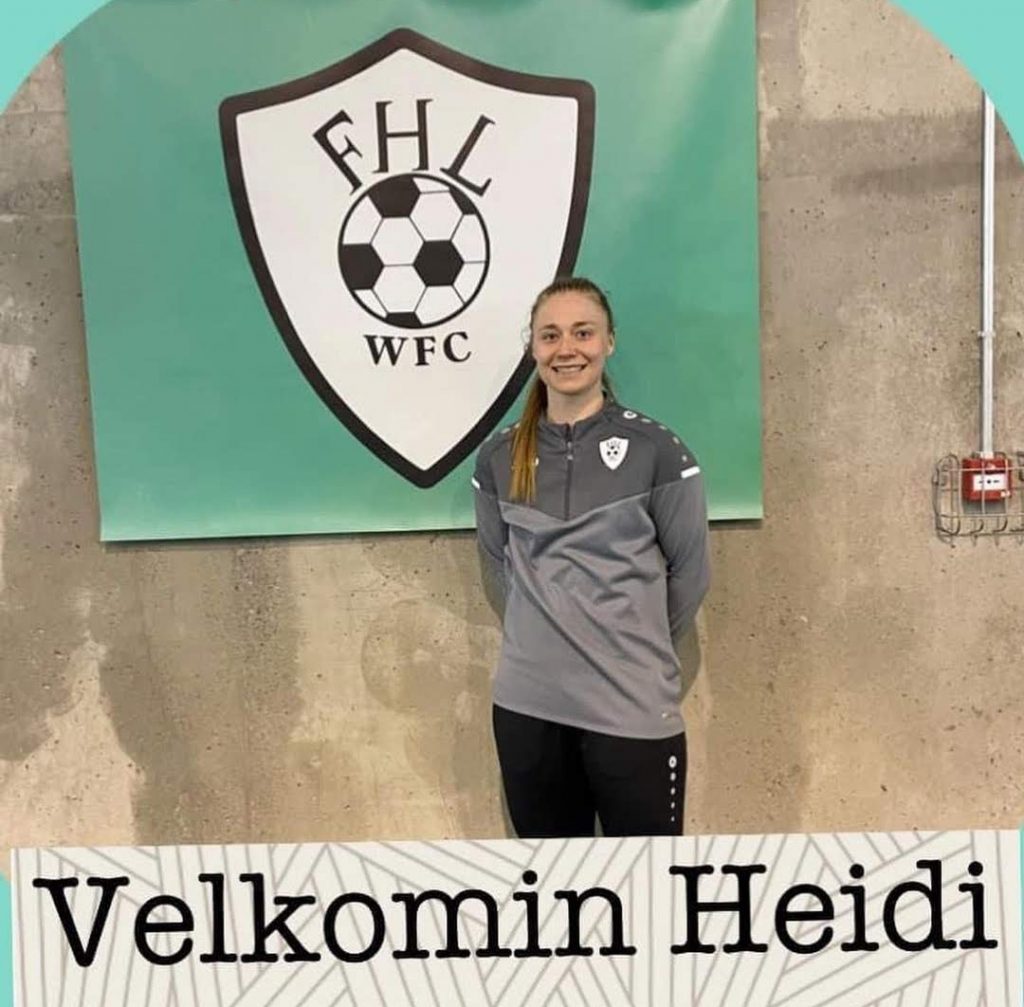 PSC are proud to announce another professional player placement as Heidi Giles signs with UMF Valur Reydarfjördur in Iceland.

Heidi is no stranger to the country, or the team, having spent the 2020 season with them and very nearly guiding them to promotion before signing in Hungary for the 2021 season.

The 2021 season did not go to plan as an ACL tear before her opening game saw her on the sidelines recovering. Having returned to full fitness, she now returns to UMF Valur Reydarfjördur who have since secured promotion to Division One. 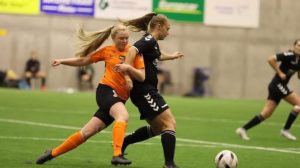 PSC Women’s Director Simon Deeley, who has worked with Heidi for the past three years was delighted to see her re-sign for the 2022 season: “Heidi has shown great character this past year and took everything in her stride. No player wants to get injured, but her reaction to it is a testament to her character and her desire to keep playing and reaching as high a level as possible. Hopefully she can help the club get to the top tier where both they, and she, belong.”

All here at PSC wish both Heidi and UMF Valur Reydarfjördur the best this season as they look to break into Iceland’s top tier. We spoke with Heidi ahead of the upcoming season to find out her thoughts:

You have played in Iceland before, is there a reason you were interested in returning to the country to play soccer?
It is a great place and great people. The amount of care they put into their athletes is outstanding.

What are your hopes and goals for this season (both individually and as a team)?
Individually my goal is to help coach Bjorgvin reach his goals. He has a plan for this team and I want to help him pursue it and make it happen. As a team they just got moved up into the next league, so a goal is to get top three in this league.

You obviously know your coach well, having worked with him previously, what is it about his coaching style that you enjoy?
He always knows there is more to give. He never settles. All he wants is for his team to love the game and to do well. So everyday he pushes the team hard, but he also respects rest and recovery.

This will be your third contract in three years since being connected with PSC – how has your experience with PSC been during this time?
Absolutely incredible. I couldn’t have asked for a better agency. They’re always concerned with how things are going. Constantly asking for updates, and asking if there is anything more that I’m needing. They’re also fast and efficient. I’m never sitting around wondering about anything.

Is there anyone you would like to thank or acknowledge at this time?
I would like to thank  Simon (PSC Director), who checked up on me several times through my ACL recovery this last year and got me on a team as soon as I was ready. I would also like to thank all my athletic trainers and physiotherapists, with out them I wouldn’t have been able to return as strong and confident as I am today. The Dome, in Red Deer, Alberta, I’d also like to acknowledge because they gave me a great place to train. They understood my situation, found me an incredible sponsor, and helped me both with soccer and with strength to get back better than I was before.

Lastly, I give a huge thanks to my family because family is everything and having a serious injury is never easy, both mentally and physically. But every day they had my back and helped me along with my recovery. My family has been with me since day 1, pushing me to do what I love and love what I do. They have always given up so much to allow me to pursue my plans. I cant thank them enough, they’re amazing.

If you would like to follow Heidi’s footsteps into a professional career in Europe please see our upcoming tryouts here.