How to get signed in the English Premier League (EPL)?

How to get signed in the English Premier League (EPL)? 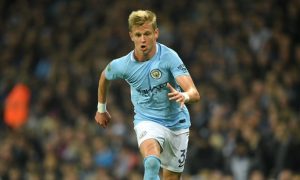 Our company was originally formed in England, and it is safe to say we have far more contacts across clubs in England than we do in any other country, so it seems a no brainer to bring as many EPL clubs out to our events as possible to attract players.

Unfortunately, it is not as straight forward as that! European Work permit regulations prevent US Passport holders, or any non EU passport holder to play without a working permit. In order to secure a work permit from the Home Office, a footballer’s employer must first receive a “Governing Body Endorsement”, or GBE, for that player from The FA. Generally speaking, a club must demonstrate that a non-EU/EEA player is a) internationally established at the highest level, and b) will make a significant contribution to the development of football at the highest level.

In order to qualify for a GBE, the player must have participated in a certain percentage of senior international matches for his national team. Until 2015, football players needed to have played in at least 75% of their country’s senior international matches over the previous two years to play in the UK. Eligibility for a GBE now depends on a national team’s FIFA ranking, as follows:

In the case of players aged 21 or under at the time of application, the period is reduced to one year. The aim is to make it easier for young, outstanding talent to grow their game in the UK. You can read more here.

The majority of players who attend our events are US Passport holders and are not national team players, which is why we do not see it as valuable in bringing over EPL teams to scout from our events. In reality, there are very few players they could sign.

Other leagues in Europe, such as Sweden, Iceland and Latvia to name a few, do not have such strict work permit regulations, which is why we focus on these countries as they are a more realistic first step into the professional game for players.  don’t worry though, if you sign with one of these teams to launch your career, and make enough of an impact to be selected for your national team, we have the contacts to move you into the top leagues in Europe. First though, you have to prove you belong there!

If you’re ready to prove yourself, check out our upcoming events here