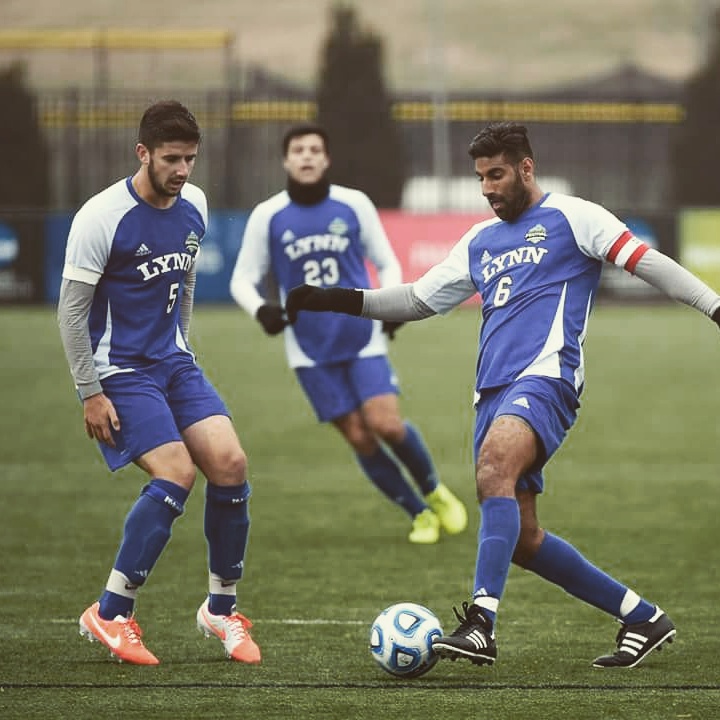 The English born, Indian native, was not only signed for his abilities, but also for his leadership qualities and strong character on the field, which has been embodied by his journey to the professional game in the last 2 years. The 6ft 3 Centre Back attended PSC’s UK combine in January 2013 where he played well, but did not attract any interest from attending coaches. In this scenario players are left with two options; Option one is they give up on their dreams, decide they are not good enough, or blame other people for their lack of success. Option two is to go away and work harder in order to achieve success, and that is exactly what Jason Sangha did and he was rewarded 2 years later as his dreams of becoming a professional player were realized. 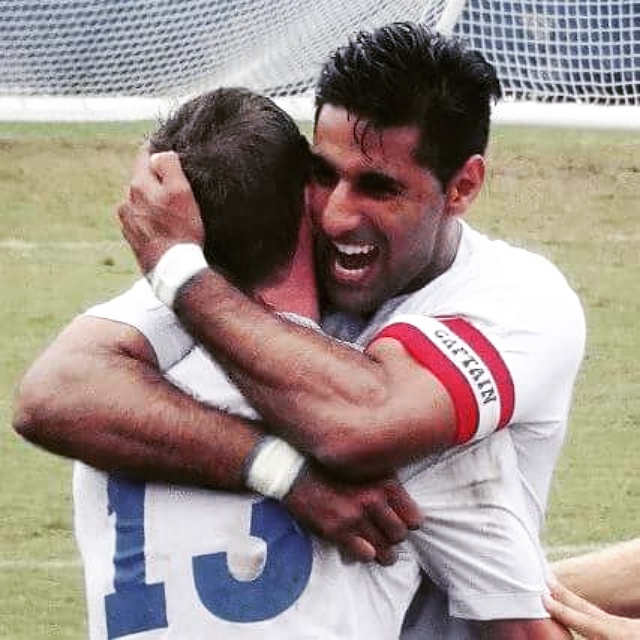 Despite his disappointment after 2013, Sangha came back out to PSC’s 2015 Fort Lauderdale combine and was one of a number of standout defenders at the event. This time round he caught the eye of Scandinavia scout Lars Svensson through his commanding performances during the first 2 days. Sangha stood out with both his technical and tactical abilities, but it was his leadership qualities on the field which convinced Svensson almost immediately that the four year starter at Lynn University could play at the professional level in Europe.

Sangha has enjoyed a successful college career in the US with Lynn University where he captained the side all four years and won a string of honorable mentions as well as the National Championship in 2014. Stand out awards were being named all American all four years, 2014 defensive player of the year, 2012 most outstanding defenseman, 2013 tied most shutouts among many others.

Jason also starred for USL PDL side Floridians FC in the 2015 season where again he captained the side prior to being signed in Sweden. We took the time to speak with Jason ahead of this big step in his career to find out his thoughts on the process of turning professional.

Jason can you put into words how you feel to sign your first pro contract?
It has been a dream come true to sign a professional football contract. I have waited my whole life for this one opportunity and now that it has come to me I cannot wait to pursue it.

So you attended a combine in 2013 but nothing came of it. We respect the fact that you went away, worked at your game and then came back. What motivated you to come and tryout again in 2015? Did you worry you might be unsuccessful again?
In 2013 I came to the combine at England’s training ground and it was very competitive. I was very disappointed that I didn’t get an opportunity but I knew that in time if I kept focused and working hard I would eventually be able to fulfill my dream as a pro footballer. I knew within myself I was good enough and that’s what kept me mentally strong and focused. I never lost belief in myself and kept a positive mind set. There was always a worry about not being successful in the back of my mind but in life when someone tells me I’m not good enough I arise to the challenge to prove those people wrong and that’s what really kept me highly motivated.

About the combine itself, what advice would you give to players attending future combines about how to best prepare and best showcase themselves?
The one thing that I noticed at the combine was that a lot of players like to show their skills, ability and the quality that they have individually, but I am a firm believer in doing the simple things right. You can’t win as an individual, and being a team player stands out to me much more then individual talent. The best way to prepare yourself is being mentally and physically ready. All you can do is your best and that will be good enough.

What are you looking forward to about playing in Sweden?
I am very excited to have the opportunity of playing professional football all in Sweden. I know that Sweden has a great reputation for their quality of football and I am looking forward to being apart of it and playing for a quality team.

What are your goals moving forward?
My main goals in moving forward are to become a starting player in the first 11, have the chance to c captain my side like I did at Lynn, play every game and have a great season and finally leading the club, GMFF, to success.

Is there anyone you would like to thank or show appreciation to for getting this far?
I would like to thank my father Surinder Sangha. He has been one of the biggest inspirations that I have in my life and he has really pushed me from a young age to be successful in football. He also gave me every opportunity possible and I can’t thank him enough for that. I would also like to thank my head coach John Rootes from Lynn University for giving me the opportunity to be able to play college soccer in America because it has truly changed my life. I also believe that playing for Lynn university has really improved me as a footballer over the last four years.
Finally I would like to thank Simon Deeley and all the PSC staff for presenting me with the opportunity of a life time. PSC have truly made my dream come true and I can’t thank them enough for that.

Every success story delights the PSC staff, and the signing of Jason Sangha is no exception. We take great pride in seeing players who have not been successful go away and work on their game and be rewarded accordingly. We wish Jason all the best in Sweden and hope to see him move up the leagues quickly.

If you think you have what it takes to play professionally please attend one of our next combines, or contact our staff here