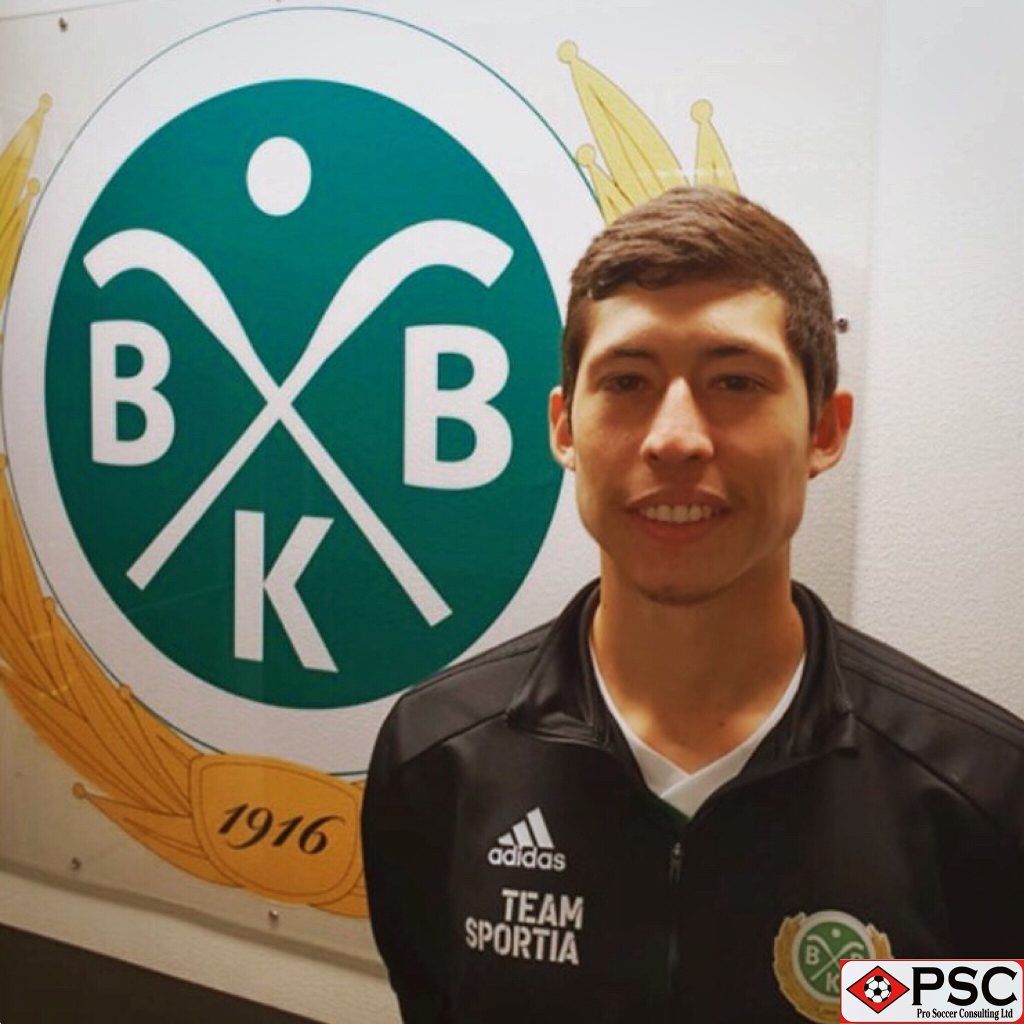 Ibarra was spotted by Bodens representatives during PSC’s Orlando combine last month, following his standout performances throughout the three-day tryout event in the Sunshine State.

The 21-year-old forward is no stranger to tasting success with PSC – he earned a spot on PSC’s 2017 Portugal and Spain Showcase Tour roster after proving his worth as part of PSC’s UPSL Programme, based in California.

Ibarra continued to demonstrate his fearless attacking prowess during the Showcase Tour and, subsequently, was offered trials with Norwegian top-flight outfit Stabaek. And despite concluding his trial period without a contract offer, the former Wilmington Hammerheads striker continued to work tirelessly in order to achieve his European dream, which came to life.

“I feel truly blessed in signing for Bodens, and I have a good feeling that I will only improve from here forward,” said Ibarra.

“PSC gave me the opportunity to attend the Portugal and Spain Showcase Tour, which was one of my greatest experiences in soccer, and played a huge part in building my desire to play in Europe.”

And Ibarra went on to reflect on both his PSC combine experience, and life in Sweden. He said: “During the combine, the coaches’ tactics and advice helped a great deal because you don’t want to make mistakes during trials. They would tell us to take risks, play our game, and have fun, and that’s exactly how I earned this huge opportunity with Bodens.

“Now I’m here in Sweden, I’m loving the lifestyle. I work with a group of hardworking players who are also looking to progress, and I can’t wait for the new season to begin.”