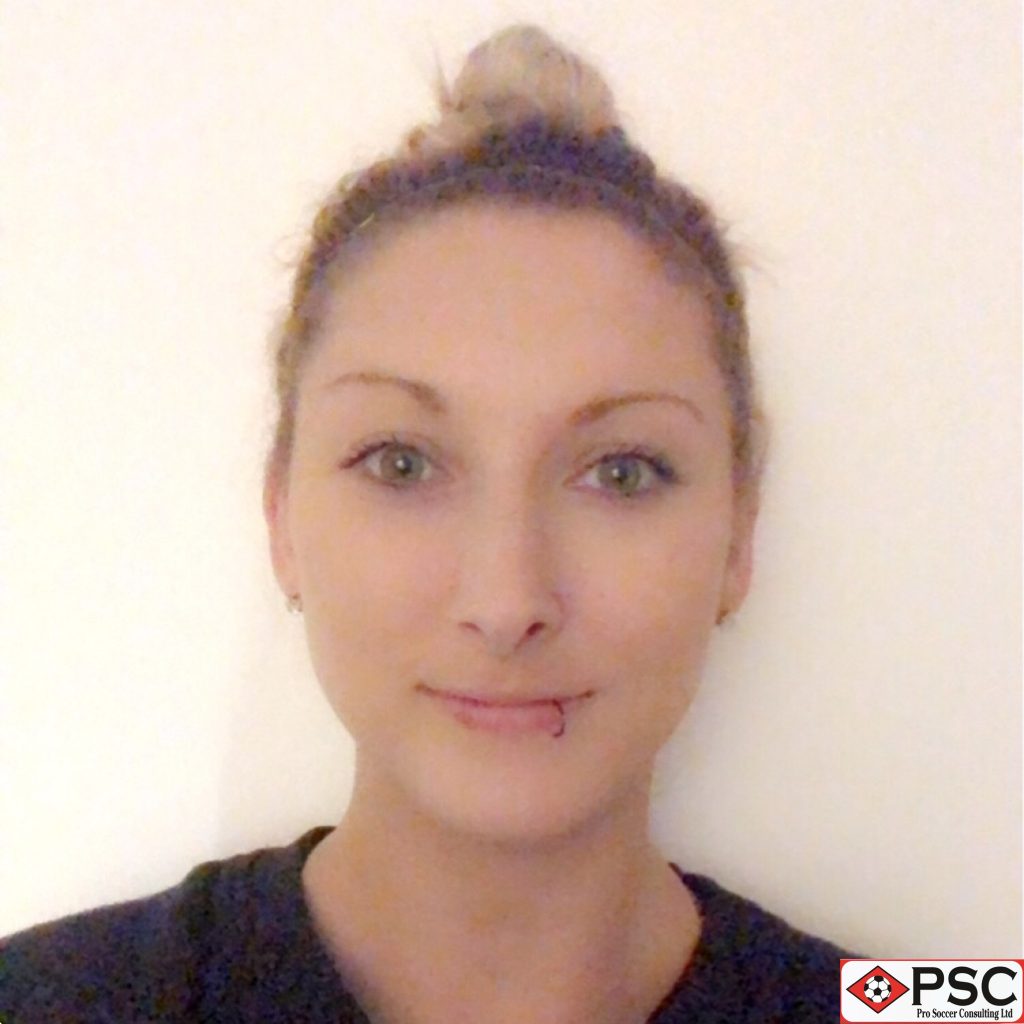 Kori Butterfield’s story towards signing her first-ever professional soccer contract is one of determination, hard work and resilience.

The 26-year-old goalkeeper recently penned a deal with Icelandic second-tier side Thróttur Reykjavík, after being spotted by the club’s coaching staff during PSC’s Los Angeles combine, in December 2017.

She follows in the footsteps of women’s success story Michaela Mansfield, who signed with Reykjavík following her attendance at PSC’s 2016 San Diego tryout event.

But Butterfield’s recent success represents just a small part of her journey – a journey that began alongside Mansfield during PSC’s San Diego combine – which took place 12 months prior to PSC’s 2017 LA tryout event.

“I fully expected Kori to sign with a club following her standout performances during our San Diego combine,” said PSC Director Simon Deeley, who more than anyone was surprised that Butterfield was without a club following PSC’s 2016 event.

“She generated interest from several sides, but nothing came of it.

“I was delighted to see her show determination and sign up for our 2017 California event, where she came back with an array of improvements added to her game, and proved her worth in earning a contract,” concluded Deeley.

Indeed, it was that determination which Butterfield revealed was the main element in her path towards earning a professional contract, as she reflected on dealing with 2016’s disappointments.

“Despite failing to earn a contract following the 2016 combine, I wasn’t deterred from attending another event,” said Butterfield.

“I knew I had work to do if I was going to reach the level that’s required in the professional game. Throughout the year I trained hard – I came back to the 2017 combine ready to show my growth, and it ended up paying off.”

But Butterfield is no stranger to success – the stopper was named Girl’s Athlete of the Year while studying at Central Washington University, after recording six clean-sheets and 69 saves for the female soccer team during her sophomore year.

And Thróttur Head Coach, Nik Chamberlain, revealed that it was Butterfield’s combination of ability and determination that grabbed his attention during PSC’s LA combine.

“After the combine’s first warm-up session, both Jamie Brassington [Thróttur Goalkeeper Coach] and I knew she was a player of quality,” said Chamberlain.

“Over the course of the three days we asked her to do things which fit our style of play, and she did what was asked, even if it was something she wasn’t used to. That coachable quality, along with her determined character, excited both Jamie and I – and bringing her in was vitally important.

“It was also vital that we had time to speak with Kori both at the combine and during the process of negotiations – this assured me that she was a player who would work well with our group of players, both on and off the field.

“It demonstrates that PSC’s combines can be of great benefit to coaches. Highlight videos are good to get an idea of an individual’s ability, but when signing a player it’s invaluable to see them in the flesh. You can witness them making mistakes and then see how they deal with those mistakes.”

Concluding her thoughts, Butterfield revealed that the absence of competing in a team sport was another contributing factor in her determination to succeed, furthermore, it’s an element of life which the Central Washington University graduate feels is integral to her happiness.

“It’s been really difficult not having a team dynamic in my life during the past few seasons,” said Butterfield.

“I’d been on teams and had that stability in my life from second grade up until my senior year of college.

“Being part of an organisation and doing what I love is one of the greatest feelings, and I can’t wait to start my professional career in Iceland. Travelling, playing professional soccer, and living in a new country – it’s definitely a dream come true – and I want to thank PSC for helping me achieve that dream.

“They [PSC] give you an opportunity to display your ability in front of multiple coaches, they have friendly staff, and are great in communicating with players.”

Summarising the news of Butterfield’s signing, Chamberlain talked of the experiences and opportunities which lie ahead for the former Velocity Soccer Club player. He said: “Kori has a lot to look forward to, as she’ll be living in a different country for the first time, and she’ll be doing something that she loves.

“Our goalkeeper coach will ensure she receives top-quality coaching – developing her game both individually and for the team.

“Off the field she’ll have a great experience. We are based in the capital city of Iceland, so there’s always something to do. The girls on the team are a great bunch, so she’ll be extremely well looked after.”

All of the staff here at PSC wish Kori the very best of luck during her forthcoming season with Thróttur Reykjavík.

If you would like to follow in the footsteps of Kori, please e-mail simon@pscltd.co.uk for more information on PSC’s upcoming women’s events.