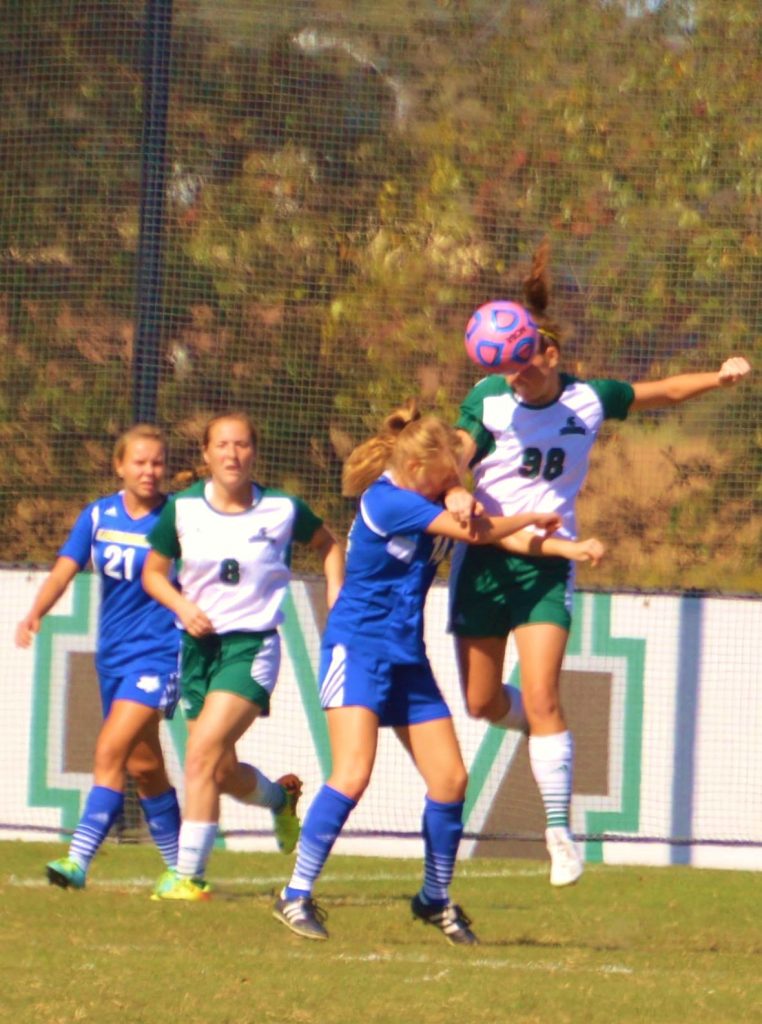 Pro Soccer Consulting combine participant Lauren Prott says she was left speechless earlier this month by the news that she would become a professional soccer player.

The 23-year-old defender was recommended by PSC staff on the back of standout performances at both the 2015 San Diego and Salinas events respectively, and has now signed for Swedish First Division side Vasteras BK30 [LINK], achieving a life-long dream.

A University of Mount Olive graduate, Prott joins fellow success story Tori Christ in moving to the Scandinavian club, and has been describing the emotional moment she heard of Vasteras’ interest.

“I got a call and listened to the voicemail; when I discovered it was Simon Deeley from PSC, I

called him back immediately,” she said. “He told me a club wanted to sign me and I became overwhelmed with excitement. I tried to remain composed enough to listen to the rest of the details. After the call, I immediately found my mom who I told the news to and we immediately hugged and shared a few tears of joy.

“I am beyond excited to get this opportunity. I honestly don’t know how to express this feeling in words. I have been playing soccer for almost 20 years and have always had the hope of doing something like this, but for it to happen is just pure happiness. All those long days of training, morning conditioning and discovering new limits have led me to this moment.

“Now, I just want to do as much as I can to help my team! I want to help us get promoted to the Allsvenskan, and get as many clean sheets as we can! I’m excited about the opportunity to learn a new style of play, and to grow both as a player and a person.“

Asked why she chose to attend a PSC event, Prott spoke highly of the company’s staff, saying: “It was because of their success. I hadn’t seen other agencies with the same success in such a short period of time – particularly in women’s soccer.

“I have already recommended PSC to a few of my teammates. They are extremely professional and I truly believe they care about each and every player who attends their events.

“The staff at the combine was extremely talented; I can only image how much a player could learn from them. Since the camp, Simon has kept me informed of any interest and made sure I was aware of everything that’s been going on. Simon has made sure all my questions have been answered and that I was comfortable with my options. The overall experience was incredible!

Lauren’s success is testament to her hard work and determination. Having caught the eye of coaches and scouts and two combines without receiving an immediate offer, she has now urged other aspiring players not to give up on a “great opportunity”.

“After the first combine, it just made sense for me to come out again,” she added. “I had put myself through two and four-a-days to get in even better shape. So when Simon contracted me, I was like ‘why not?’. I knew what to expect from the first combine and knew this one could present more great opportunities.

“I have never checked my phone so many times in my life as I did over the last couple months. I also got a lot of questions from everyone asking me if I’d heard anything yet and my general response was I cannot control when I’m contacted, so in the meantime all I can do is continue to train and work hard.

“To other players, I’d say keep training hard and believe in yourself. Go out there and train on the days you feel like doing nothing. You are the only person who can decide you are not good enough. My family and friends have helped me through so much in continuing with my dream.”