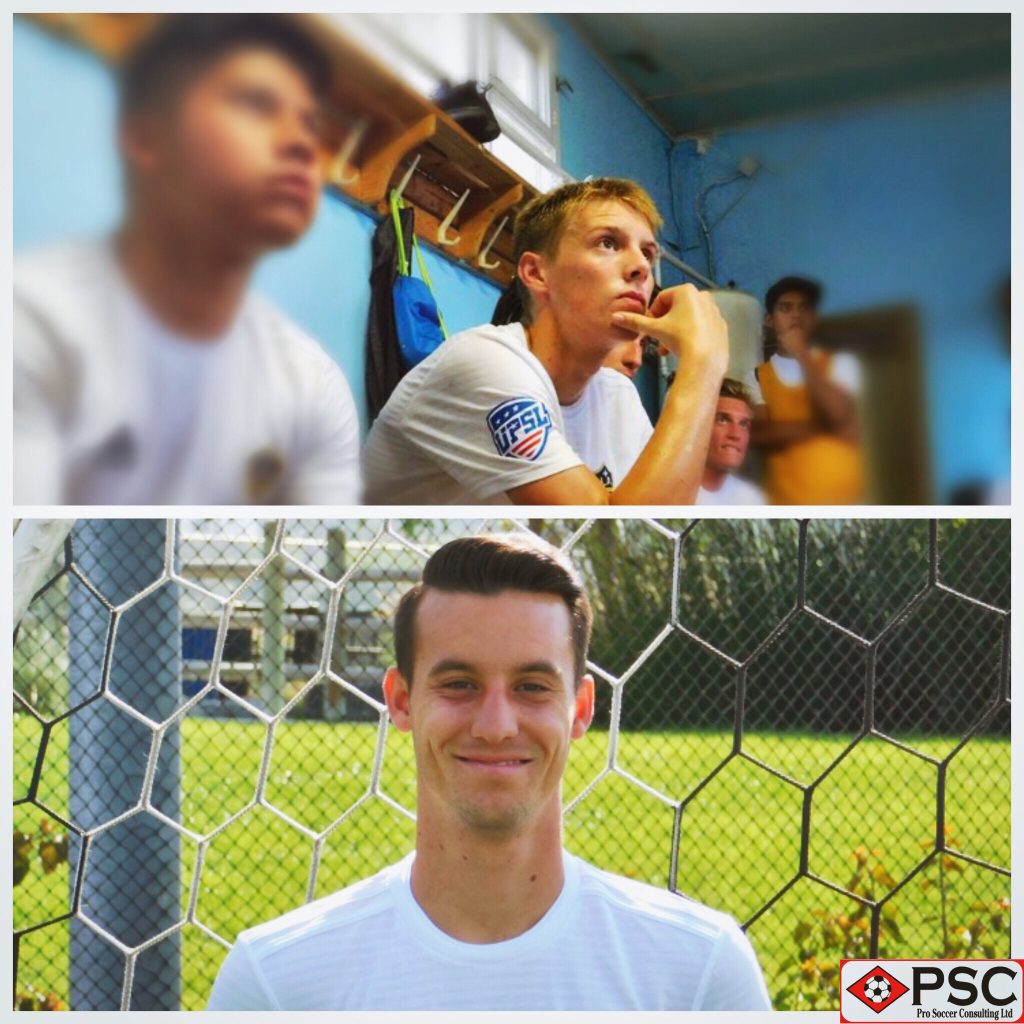 Both players were recommended to Bodens by PSC Agency staff after standing out during a number of matches in the Baltic region, and put pen to paper on their contracts earlier this week.

It’s been a life-changing number of weeks for 18-year-old centre-back, Armstrong, and 23-year-old midfielder, Torquato, but their recent success reveals just snippets of their paths towards breaking into the European soccer industry with PSC.

“Both Lennie and Renato have shown fantastic determination over a significant period of time to reach this milestone, ” said PSC Director, Tom Taylor.

“Lennie’s journey with PSC began back in 2016, when he took part in our Under-18 Showcase Tour of Sweden. He returned back to his home country of England and worked on the areas of his game our coaches had advised him to improve on, and after graduating from high school, he was invited to Latvia for our Baltic Showcase Tour.

“During his time in the Baltic region, Lennie produced consistent performances and displayed excellent leadership qualities for a player of his age, and he’s deserving of the opportunity to prove himself at the next level in Europe.”

And Taylor went on to reveal Torquato’s path towards signing with Bodens.

“We have an excellent relationship with USL side Charleston Battery, and their Head Coach, Mike Anhaeuser, who saw potential in Renato and recommended him to join our UPSL Programme to further his development in a full-time, professional environment.

“Renato took Mike’s advice, and had a great debut season in the UPSL, subsequently earning invitation to our Baltic Summer Showcase. His consistent performances throughout the tour earned him this opportunity with Bodens, and like Lennie he is fully deserving of the opportunity.

“Joining Bodens is an excellent first step for our players – the level of coaching is very high and players are always very well looked after by the club,” concluded Taylor.

Indeed, no other Swedish side has recruited more PSC players than Bodens. With the additions of Armstrong and Torquato, the Swedish Division 2 side has now signed 14 PSC tour and combine attendees since 2013 – providing a pathway for players into European soccer.

2018 Baltic Winter Showcase Tour attendee Willie Clemons is currently in his first season with Bodens, and will be joining forces with Armstrong and Torquato as the club look to earn promotion this campaign.

All of the staff here at PSC wish Lennie and Renato the very best of luck during their debut season with Bodens BK.

Do you think you have what it takes to perform at the professional level? If so, contact simon@pscltd.co.uk and take the next step towards fulfilling your dreams.