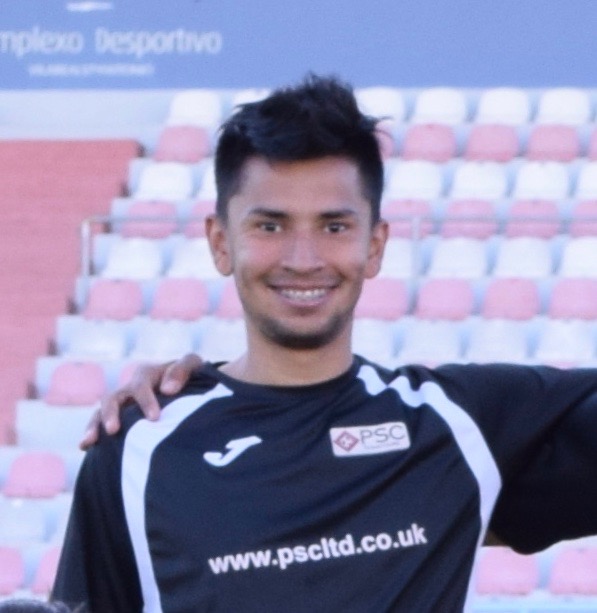 There’s perhaps no other continent in the world that embodies the passion, spirit and skill of soccer more than South America. It’s a part of the globe that has arguably produced the finest players to ever play the beautiful game. Diego Maradona, Pelè, Lionel Messi, Di Stefano – to name a few – all hailing from the incredibly diverse region.

An ever-increasing amount of the continent’s players are taking European club soccer by storm, breeding inspiration to the millions of South Americans who dream of following in their idols’ footsteps. And for Columbian native Alejandro Gutierrez, that inspiration turned a dream into reality.

The 23-year-old centre-back took the decision to head north of his homeland and tryout in front of a number of European and North American soccer scouts at PSC’s 2016 Florida Pro Soccer Combine. It turned out to be a life-changing decision for the former Millonarious player, who, after putting in a number of standout performances during the three-day combine in Fort Lauderdale, earned an invitation to PSC’s 2016 Portugal and Spain Showcase Tour, where he would have the chance to display his talent in front of professional coaches on a daily basis.

Gutierrez continued his impressive form into the European tour, and PSC Agency staff quickly recommended his services to Bodens BK Sporting Director Christian Samuelsson. The Swedish Division 2 outfit offered Gutierrez a trial period with the team, and, subsequently, his first professional contract. And just like that, a dream had truly become a reality.

We recently caught up with Gutierrez to find out about culture changes, life as a professional, and much more.

Hi, Alejandro! How have you settled into life in Sweden?

Like everything in life, it’s all about getting adjusted to where you are. At first it was somewhat difficult getting adjusted to the climate and the culture, but the people here are very kind and respectful. The food is a little different, but good. I do miss the food from Colombia, though!

On a personal note I think that I have progressed both physically and mentally during my time with Bodens. Work with the coaches has certainly improved me physically, while mentally I feel much stronger on the pitch due to dealing with being away from family and adapting to the new culture. It’s not easy, but it helps you mature and see life in a different perspective.

My teammates have learned my style of play and try to take advantage of my long passes and play between lines. My coach has confidence in me playing both as a central defender or a defensive midfielder, which is great. Vitally, I feel that I have learned to play more as a team player since arriving in Sweden.

Conquering Europe: Gutierrez in action during PSC’s 2016 Showcase Tour of Portugal and Spain.

You mentioned your teammates briefly when answering the previous question – how’s your relationship with them?

The relationship with my teammates is good, we all get on well and I think they like the vibrant, happy mood I bring to the dressing room – this is a trait of Columbians!

Like in any team there are times where during a game or a training session one may get upset or have a discussion with a fellow teammate, but everything is always resolved with a simple apology and we move on. It’s so important to have good harmony in the team.

You’ve received professional coaching on a daily basis during your time with the club – do you feel you’ve benefited from that?

Even though they are reasonably young, the coaching team have much knowledge to pass on to the players. They are very professional and teach the key technical, tactical, offensive and defensive aspects of the game.

Their style of training made Bodens one of the better teams in the league this season, but, ultimately, our failure to convert chances meant we dropped points in vital games, sacrificing our league position.

Thank you for your time, Alejandro!

Thank you! Great to catch up with you guys again!

Alejandro attended our Pro Soccer Combine back in 2016, and we’ll be touring the States again this winter in search of talented players to place with professional clubs around the globe. Click here for full details on our upcoming tryout events.