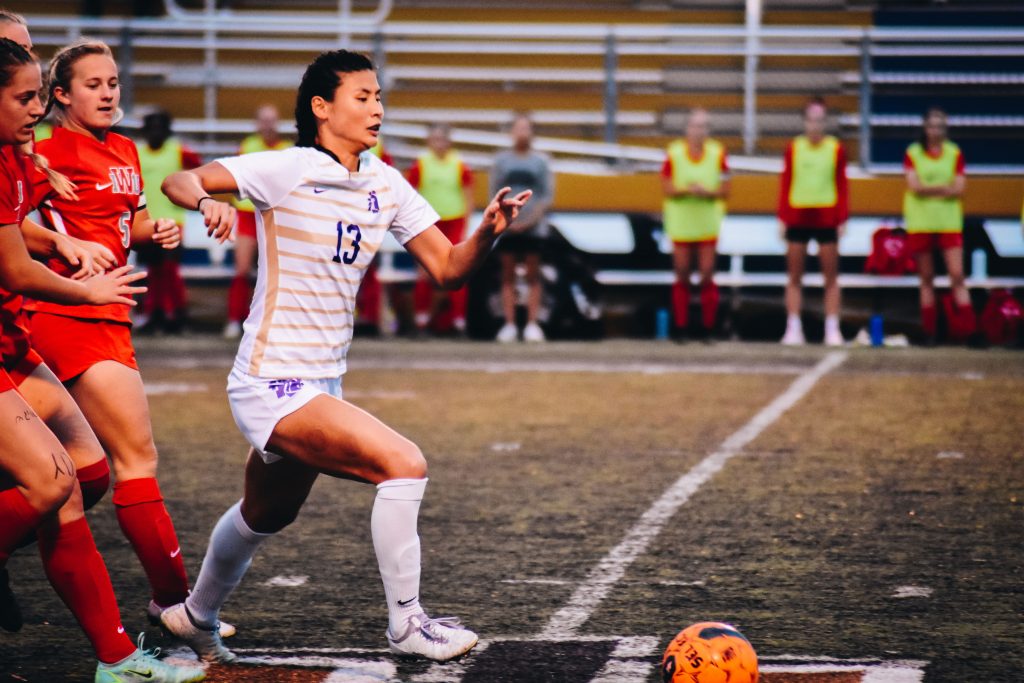 PSC are proud to announce the signing of former Chinese U21 International Linli Tu with UMF Valur Reydarfjördur in Iceland. Linli becomes the second Chinese National Team player PSC have placed in Europe over the last 12 months, having placed China international striker Jiali Tang with Tottenham Hotspur of the English WSL in the summer.

The Taylor University graduate attended PSC’s Orlando pro tryout Orlando in January 2022 where she played in front of, and was coached by, her new Head Coach Bjorgvin Gunnarsson. Gunnarsson took no time in offering Linli a contract for the upcoming 2022 season as his side looks to push for promotion in to the Pepsi Premier League.

PSC Director of Placement Simon Deeley commented: “From what we saw at the tryouts we are eager to see how linli adapts to the game in Europe. If she stands out as much this season as she did in Orlando this is just the beginning of a successful career for her!

We caught up with the Chinese Youth International ahead of her debut season to find out her thoughts on the tryout she attended, the upcoming season and her relationship with PSC so far:

What are your hopes and goals for this season (both individually and as a team)?
For the team, I hope we will come out strong and know that we are at our best as a team. Our goal will aim at top three.  For me, I hope I will have opportunities to score at least 3 goals and give 3 assists to scoring opportunities for this season, and aim for 85 percent of passing accuracy.

You worked with Bjorgvin, your new Head Coach, at the combine – how helpful was that in this process for you?
I remember he was always encouraging and gave clear instructions to us. I personally felt very supported by him and I felt he believed in me as a player.

What were your thoughts on the combine and the on field experience you had?
The combine was at a very fast pace between pregame, during game and after game. It was challenging for me to get to know my teammates at a short period of time and communicate with them clearly on and off the field since everyone is different, so when situations like we are all doing our own thing really push me as player.

What were your thoughts on the combine and the off field experience you had?
I really like at the first day when scouts, directors, coaches introduce themselves to us and explain schedules and how things were going to work. It was clear to me what my responsibilities are and how can I get the result I want and when the result will come clear to me after the combine.

How has your experience been with PSC and their facilitating of the deal?
The PSC communicated very clearly what some possibilities will happen and where the process are heading to when the offer comes out. There were clear instructions and immediate response to my questions. The whole process went very smooth.

Is there anyone you would like to thank or acknowledge at this time?
I appreciate Simon’s sensitivity and kindness, I feel very reassured, and being understood. I am thankful for all coaches at combine, they all have been very encouraging and treat everyone the same.

All here at PSC wish Linli the very best in her debut season in Iceland. If you wish to follow in her footsteps please attend one of our upcoming pro tryouts.