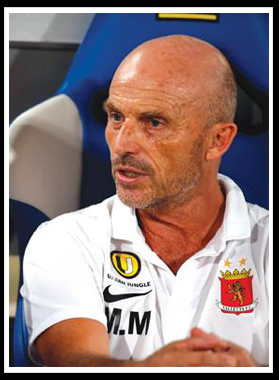 With six league titles and two cup competitions under his belt, Miller has seen himself grow from a former player to a coaching figure as he has earned multiple coaching roles with Malta’s national team. In honor of PSC’s 10th Anniversary, here are his Top 10 favorite PSC memories from the last decade…

Difficult to say, there were many but I think Portugal must be up there with the best. I would be biased to say Malta but the tours and games in Malta playing at the National stadium went really well. To mention others, Turkey was also a great destination with fantastic facilities.

Well one of the most satisfying for me was at the end of the last Swedish tour (last game) in Norrkoping (November 2018). That squad won 2-1 but played so well in the Norrkoping stadium and showed after the 10 day tour how far they had come.

There are too many but Paul Taylor moments were never far away from being the best. Generally telling everyone to be calm and then after 5 mins he has lost it !!!! Or he will tell us we do one hour easy session and three hours later he is still on the training field or Pat Walker’s introduction talks to the groups. He never misses an opportunity to tell the story of his boyhood hero George best !!!

For me when I first brought USA players to Malta after 3 months every club wanted a USA player. Gus, Kyle, James and Austin all set high standards. 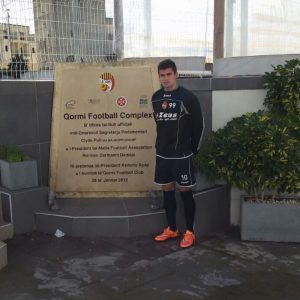 Gustavo’s my first and he never let me down!

The hardest part of the job?

The traveling is tough but always the hardest thing is telling players they are not quite good enough for elite football especially on the tours. Sometimes it takes more than one tour to get to where you would like to be and it’s difficult for the player to understand and except this.

Who would I never want to room with?

What would I say to Aspiring young players?

Set your own standards and keep to them. Don’t let anyone distract you from them and stay on track. Hard work, hard work and hard work. Listen, listen and listen. Be a sponge, you can never get enough information.

Continuing to make more relationships and creating a bigger network. Giving more players better opportunities and learning from past experiences and improving on them. Also having many USA players in the European leagues!

Sitting in my hotel room in California then realizing I should be on my plane home! I had mistakenly got the dates mixed up.