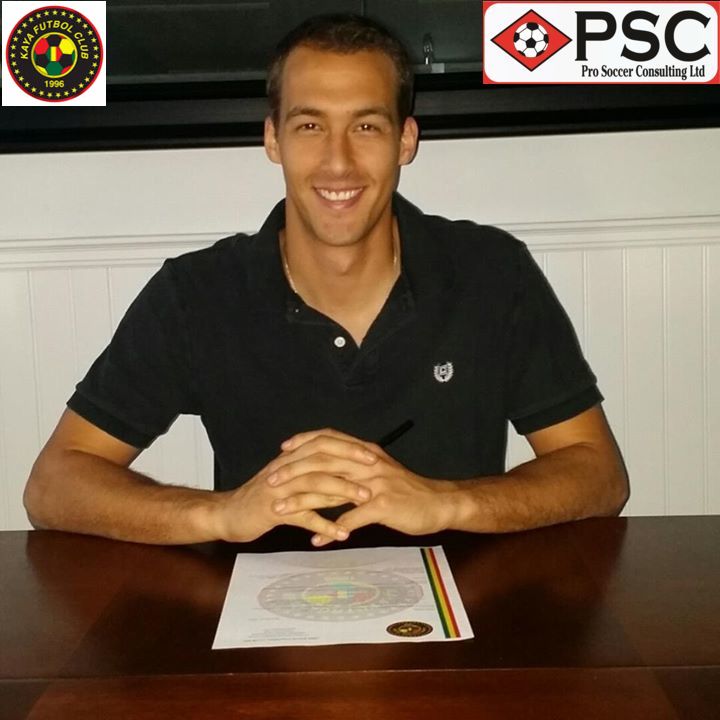 PSC are proud to announce the first success story from their 2014-15 combines as San Diego Combine participant Matt Silva has signed with Kaya FC of the Philippines Premier League. Paul Tolentino, General Manager of Kaya FC in the Philippines, attended both our Las Vegas and San Diego combines where he was looking for a number of positions including a goalkeeper.

It was an exceptionally strong field all round in San Diego as the goalkeeping roster alone boasted 5 shot-stoppers who had played professionally in the 2014 season across Europe and America. Although a number of goalkeepers impressed it was 6’2 Matt Silva who caught the eye of the Kaya FC Technical Director who wasted no time in tying him down the Canadian Keeper for the upcoming 2015 season. Silva, who turns 24 this year is signing his first professional contract after boasting impressive stats at  both St. Augustine and Le Moyne Colleges in America and also with the Toronto Lynx Academy in Canada.

Kaya FC play in the Premier Division in the Philippines and boast the largest fan base in the UFL as well as the famous ‘Ultras Kaya’ who are known for their loud and fierce support for the club.

PSC caught up with Kaya’s newly signed goalkeeper after his impressive performances in San Diego:

Congratulations on signing your first pro contract Matt! How do you feel about your signing and what are your thoughts and goals for future?
It’s still so fresh that it hasn’t really sunk in yet, but I’m trying to embrace everything as much as possible. I’ve received a lot of support from family and friends which has made this experience even more heart-warming, I’m excited to say the least. As far as moving on with my career, I’d prefer to just stay focused on what’s going on now and just hope to continue progressing.

What advice would you give to players in your position who were in your position trying to get a foothold in the professional game?
I’d have to say that you’ve got to stay open/positive minded and dedicated, but still have fun. There will be times that you feel like giving up, or you’ll second guess yourself but that’s when you find out what you’re really made of. It’s not easy, but it’s rewarding.

How did you first hear about PSC events such as our combine in San Diego?
I first heard about PSC through personal research online. I learned about the combine and showcase tours, and went to the next available one.

Obviously signing your first pro contract is a big deal – is there anyone you would like to thank for their efforts and support along the way?
I know it’s typical but it’s often also true, that my family and friends are who I’d like to thank. They’ve been there for me during highs and lows. Coaches who’s helped with training through my time as a goalkeeper also have a large part in getting me here. And of course the efforts of PSC to make it all happen.

Thanks for your time Matt, we wish you the best of luck in the Philippines!