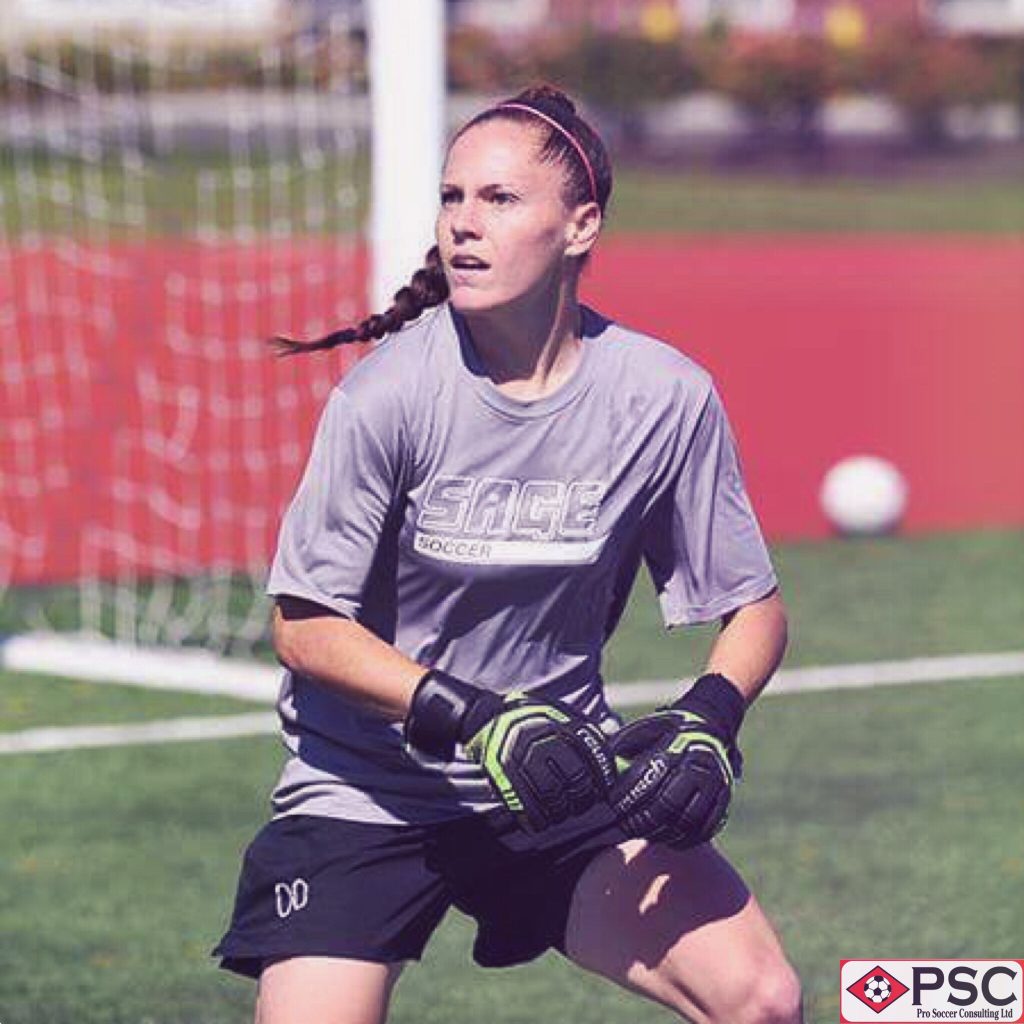 After negotiating personal terms with Sindri, Maher became the sixth female PSC combine attendee to sign in Iceland, and expressed her delight in putting pen to paper on her first professional soccer contract.

“I’m really excited to have the opportunity to pursue my dream of playing at the professional level,” said Maher.

“I’m also looking forward to learning more about soccer and enhancing my game from an entirely new perspective, along with all of the new challenges that come from playing and living in a different country.”

Sporting success has been a big part of Maher’s life in recent years – the New York native’s talents have earned her a long list of awards, both in soccer and lacrosse, with The Sage Colleges.

She spent her first three college years as an outfield player, breaking a number Sage’s sporting records and making her way into a number of soccer and lacrosse all-star teams.

Maher then played out her senior year as a goalkeeper, concluding her collegiate career in spectacular fashion – earning the 2015/16 Sage Female Athlete of the Year Award.

Indeed, a read through the stopper’s decorated resume would be enough to alert any soccer coach, and when Sindri were on the lookout for a goalkeeper, Head Coach Jóna Kristjánsdóttir was quick to take advantage of Simon Deeley’s recommendation.

“I had been in contact with Simon and I was in need of a goalkeeper, so he sent me over a highlight video of Nicole,” said Kristjánsdóttir.

“I could see that she was a very brave player, with perfect timing and a lot of great qualities as a goalkeeper.

“Now I’m really looking forward to seeing how Nicole will evolve under the supervision of our top goalkeeper coach, and what she’ll learn from her fellow teammates, and vice versa. She can expect to be a leader on our team, along with the other foreign players we are signing,” concluded Kristjánsdóttir.

Final preparations are now underway ahead of Sindri’s season-opening game this coming Saturday, as they compete in a League Cup clash ahead of their first league fixture on May 12.

And reflecting ahead of her first competitive professional fixtures with Sindri, Maher expressed her gratitude towards PSC’s services.

“I can’t thank Simon Deeley and PSC enough for their role in helping me get to the next level and finding a fit with Sindri,” said Maher.

“The scouts at PSC go the extra mile to help connect players with coaches in their network. And with the professionalism of the staff and coaches, along with the quality of the attending players, the environment PSC creates during the combines is one of a kind.

“Over the course of the three days [during the combines], the exposure and personal feedback each player receives is invaluable,” concluded Maher.

All of the staff here at PSC wish Nicole the very best of luck during her forthcoming season with UMF Sindri Höfn.

Would you like to follow in the footsteps of Nicole and become a professional soccer player with the help of PSC? If so, please e-mail simon@pscltd.co.uk.