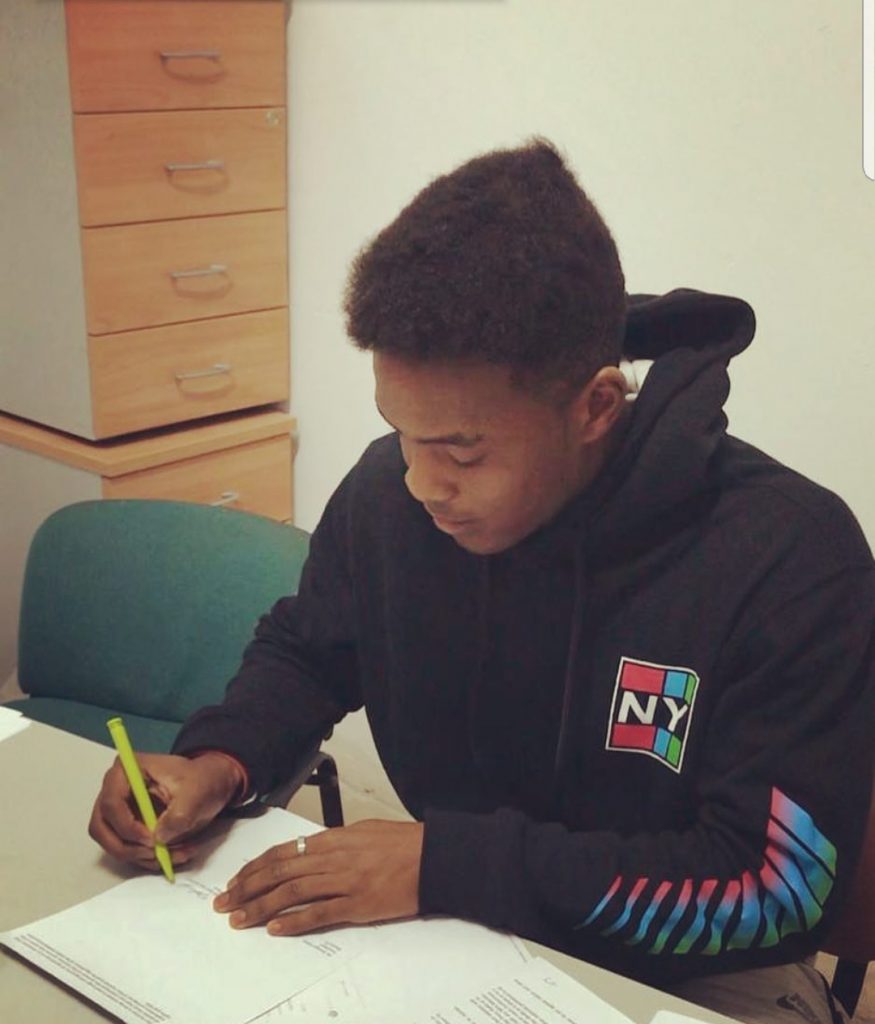 Following impressive performances at PSC’s Ohio pro soccer tryout in January, Tobi Jnohope has signed with Mosta FC in the Maltese Premier League. Jnohope caught the eye of a number of clubs at the event, and although none came forth with an official offer PSC Director Tom Taylor however saw enough from the 21-year-old to recommend him to Maltese Premier League side Mosta FC, who subsequently signed him without trial. PSC have a strong relationship with Mosta FC through Head coach Mark Miller, who has signed multiple players through PSC tryouts, and who will be recruiting from all of our upcoming summer tryouts.

Taylor commented “He was extremely solid during the three days, even when up against a very strong front line. Mark had asked us to recruit for him from the events and has listed a number of positions they were looking for, including a central defender. I was confident Tobi was the kind of player Mark was looking for and the club agreed and offered him a contract almost immediately.”

Jnhope, originally from Largo, Florida, developed his passion and love for the sport when he was four years old and went on to represent the University of Denver. On signing the contract Tobi commented “The thing that makes me most excited about being a professional is being able to do what I love everyday at the professional level; it is the start of my dream. I am very grateful and happy signing with Mosta.”

When asked about the tryout he attended in Cleveland Jnohope points out “There were many former professional footballers from all over the world.” He adds, “I enjoyed working with the PSC staff and the other professional coaches; everyone was very helpful, and had great tips.”

Tobi thanks his support system, “ I want to thank God for everything, and nothing would be possible without him. Next, I want to thank my parents for all the sacrifices they have made and continue to make to ensure I pursue my dreams. They are honestly the best parents; they do the most they can, and then some. Lastly, I would like to thank my coach/trainer Fatjon Susaj, who is in Florida. In this process he’s always pushed me in each training session, and has always been there for advice, he’s a great person and an excellent coach.”

Tobi concludes, “This season I look forward to competing, and learning everything I can so I can become a better professional and a better person. This is just the beginning, God willing, I will go on and achieve great things in my career and in life.”

All of our staff here at PSC we all wish Tobi the very best in Europe.

Following this, and a number of other success stories, PSC will be returning to Ohio in search of more professional talent this summer, where Mosta will be recruiting also. All our events can be seen here.