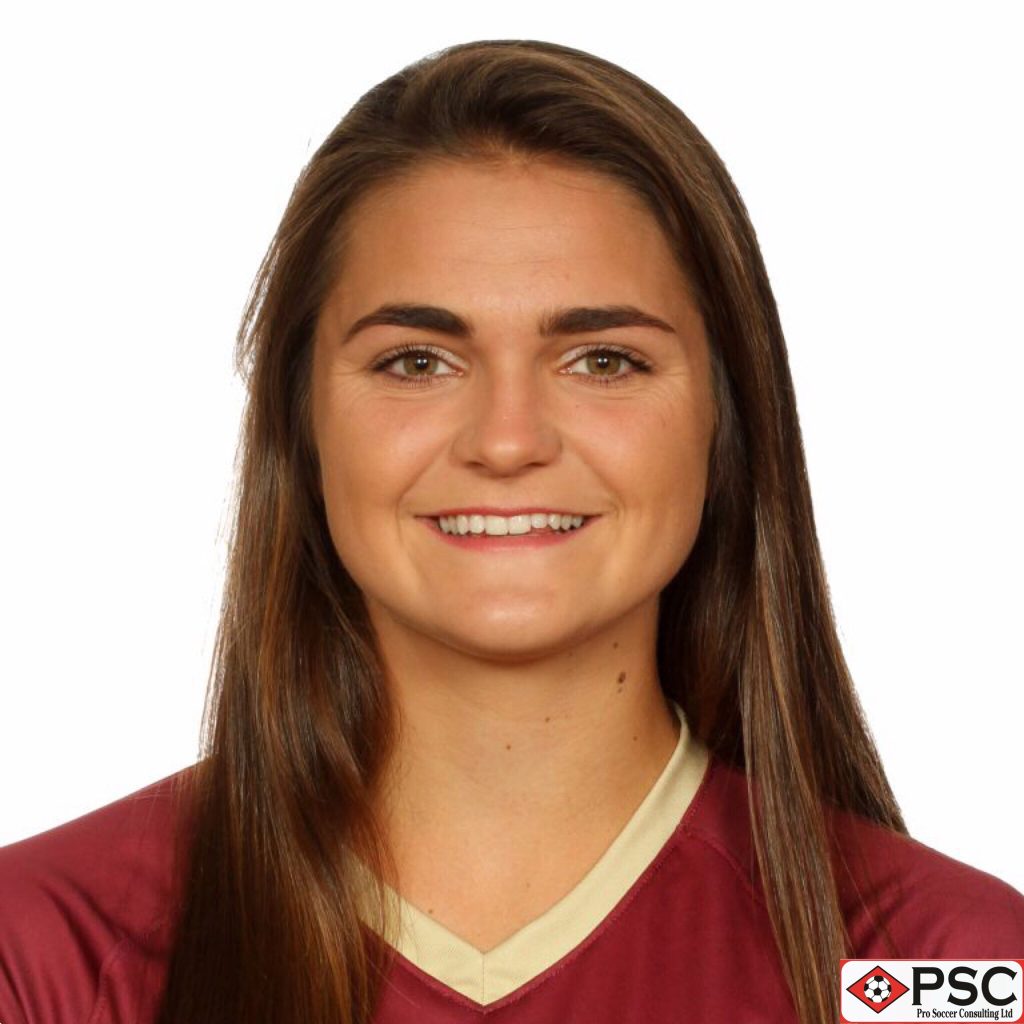 Subsequently, Chamberlain looked to secure Bergau’s services quickly, and following negotiations between PSC staff, the club, and the player – Bergau put pen to paper on a contract with the Icelandic outfit.

“It was a moment I had been dreaming about since I was a little girl,” said Bergau, when reflecting on the moment her deal with Throttur was confirmed.

“I was overjoyed, and it was amazing to know that all of my hard work had finally paid off.”

A quick look at Bergau’s university and high school list of soccer-related accomplishments gives insight into the work ethic and talent she possesses – with a host of personal and team achievements to her name, including selection in All-State teams and an NCAA Championship winners’ medal.

But the next stage of Bergau’s soccer career was to fulfil her lifelong dream – and the stage was set at PSC’s Orlando combine.

“PSC has been a great company to work with in achieving my professional dream, and the combine was an amazing opportunity presented before me,” said Bergau, a Florida State University graduate.

“From orchestrating the showcase, facilitating communication with the coach, and assisting with the final contract – I appreciate everything that the PSC staff have done for me.

“Additionally, I love that I was able to meet my future coach and see his coaching style in person,” Bergau concluded.