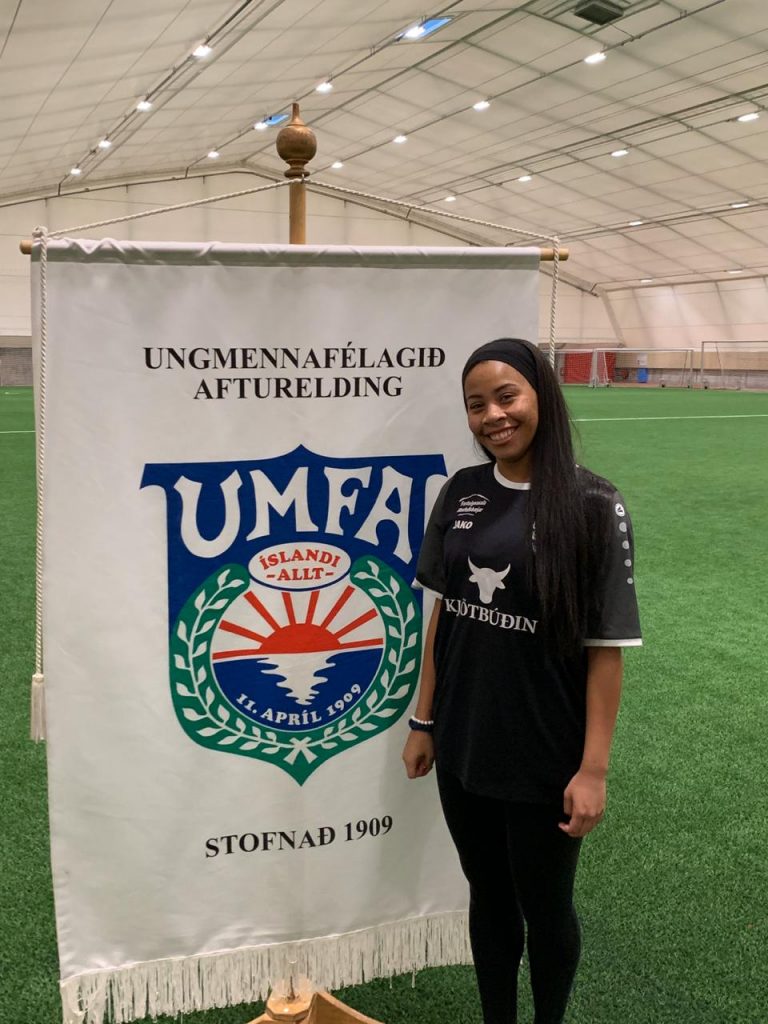 PSC are delighted to announce that having stood out during our women’s pro soccer tryout in Orlando earlier this year, central defender Kelley Johnson has signed with Afturelding in the Icelandic Inkasso. 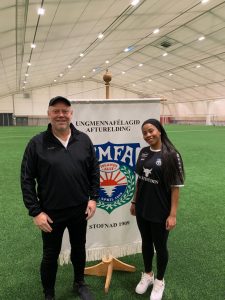 Head Coach Julius Juliusson had the opportunity to watch Johnson play live at PSC’s Women’s Pro Soccer Tryout in Florida and immediately invited her in on trial. After impressing during her week in Iceland, the Icelandic club took care of the paperwork and Johnson is now looking ahead to her first season in Iceland:

“I’m most excited about the different level of play that comes with the professional league in Iceland. I know I will learn a lot more about soccer and my position while playing in Iceland. The team is very skilled and hardworking so I’m very excited to see how this upcoming season goes.”

Johnson is no stranger to PSC, or signing contracts through PSC events, having attended for the past three years, even after not experiencing success first time round.

“The first time I got involved with PSC was back in 2017. I came back because the showcase is actually pretty fun. I got to meet a lot of different people every time I went to the showcase. More players have joined the event every year and the level of play during the showcase has increased a lot since the first one I went to. Every one is helpful and friendly, the coaches, the staff and the Directors. and I could tell they worked together to help players get to where they need to be.”

When asked, Kelley would like to thank the following:

“I would like to thank God, my family, the PSC staff, and Simon Deeley. He always goes out he way to help me and I can tell he really wants the best for me and believes in me and that means a lot. I would also like to thank the coaches and staff at Afturelding FC for giving me this opportunity to play for their team.”

PSC Women’s Director, Simon Deeley, was delighted to see the deal go through

“Kelley is a player who deserved the opportunity and deserved to be offered a contract. Not just from her on the field ability but her dedication to playing and her character. Things have not always gone her way during her journey showcasing with PSC but she has always reacted professionally and respectfully. That goes a long way in the football world! I’m excited to see how she does this season and hoping she can help the club with their aim of getting promoted.”

All here at PSC wish Kelley the very best during her time in Iceland.