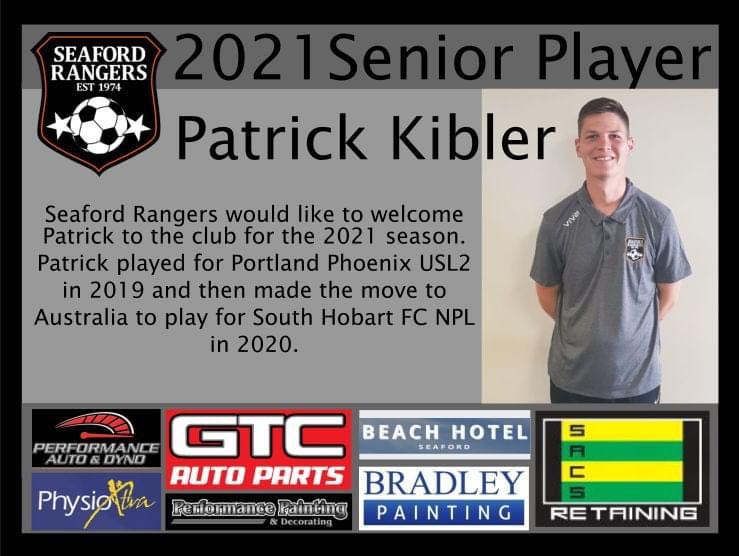 PSC are proud to announce their first success story of Winter 2020 as Patrick Kibler has signed with Seaford Rangers in Australia.

The 24 year old is no stranger to the Southern Hemisphere having signed with South Hobart FC earlier this year following his performances at our 2020 Orlando pro tryout in January. His commanding performances at the heart of their defence, and the high regard in which he was held at the club, led PSC Director Tom Taylor to recommend Kibler to Seaford Rangers for the 2021 season. Taylor was connected to the club through former PSC success story Jamie Dell who also played with Seaford Rangers and attended a number of our 2020 events on behalf of the club.

“We’re really delighted to see Patrick sign with a new club for the upcoming season. His performances on the field have been in important in earning a new contract but also the way he has conducted himself off the field. Things didn’t happen immediately for Patrick after his first tryout; he attended a showcase tour to Sweden and even had a pro trial in Malta but did not get signed. We have witnessed many players give up in that circumstance, but Patrick kept persevering and, like us, believed in his ability to play professionally and was rewarded with his first contract with South Hobart FC.” 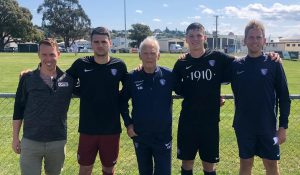 Simon Deeley continued “What has impressed us with Patrick is how highly the club speak of him. When visiting earlier this year it was clear to see the respect they had for Patrick and how much he had embedded himself in the club and community with his performances on the field, in training, and his attitude around the club.”

Another key figure in Kibler’s signing with Seaford Rangers was Andy Brennan, a member of PSC’s Agency staff based in Australia. Brennan worked with the American center back in Sweden during his showcase tour and also signed on loan with South Hobart part way through the 2020 season and played alongside him. His recommendations of Patrick both on and off the field went a long way in securing his new contract.

Patrick becomes the third professional player placement for PSC in Australia and all our staff wish him the very best of success at his new club and in his new venture.