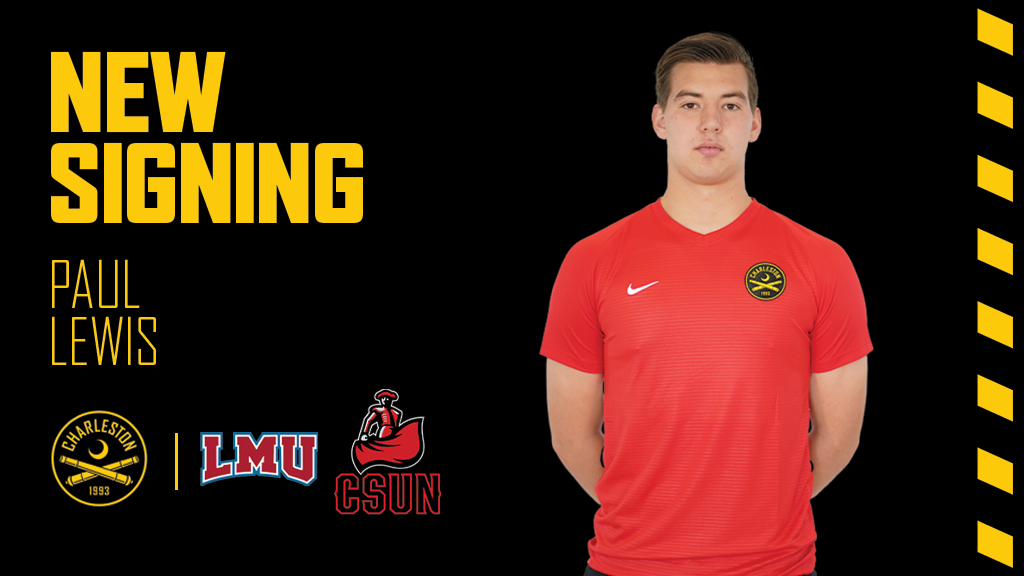 PSC would like to congratulate Goalkeeper Paul Lewis who has signed his first professional contract with Charleston Battery of the USL Championship. Lewis has been involved with PSC since he was 14 years old and here at PSC we are very proud to have seen the development and progress he has made during his road to the professional game.

Lewis, 21, has attended multiple PSC Combines, European Showcase Tours and Residential programs since the age of 14 and has always shown the potential to turn professional. After graduating college earlier this year he attended further PSC combines, continuing his outstanding performances. As a result, he attracted interest from clubs in Finland, Sweden, Spain and the USL in America, the latter of which he is now signed to via the Charleston Battery.

Lewis was first seen by Charleston battery in the summer of 2019 by Assistant coach, and former MLS player, John Wilson who saw his potential to play at the USL level. Whilst unavailable to sign at the time as he finished his college season, he was already on the Battery’s radar well before the start of the 2020 season,

Having finished his college career with Cal State Northridge, (previously representing Loyola Marymount University also) he trusted the PSC process and was keen to expose himself to professional clubs via PSC’s 2020 Orlando combine in January.

It was at this combine that Battery Head Coach, and USL Hall of Famer, Michael Anhaeuser saw Lewis live and invited the just graduated Goalkeeper to pre-season camp. After 2 weeks in Charleston, which involved games against MLS sides, Inter Miami, Minnesota United and Coastal Carolina University, Lewis received the news and was to be offered a professional playing contract for the 2020 season!

All at PSC were delighted to see Lewis sign professionally having worked with him for such an extended amount of time. PSC Director Simon Deeley, who first coached Lewis at the age of 9 commented:

“We are really delighted to see Paul’s dream come true to sign a professional contract! He’s showed tremendous commitment and trust in us over the years and he’s now been given the perfect opportunity to launch his career with Charleston Battery.”

“Over the past years working with us Paul has shown he is the full package. Firstly he unquestionably has the playing ability to succeed in this game, but it is backed up with a mature and professional attitude which belies his young age.”

Tom Taylor, who has worked with Paul since the age of 14, commented

“Paul has played with a lot of good programs over the years through his youth career and then into college and PDL so we were happy to see that he remained loyal and has trusted our guidance and services! He has been very patient and easy to work with and we are excited to see how he develops over the next few years. The Battery have an excellent goalkeeping coach in Dusty Hudock who will be working with him on a daily basis and improving his game”

The USL is a top-quality league and offers the development I am looking for as a young professional. The USL is filled with talent and has incredible connections everywhere in the world, making it the perfect place for me to grow and become comfortable with the professional game. Furthermore, the US soccer market is expanding rapidly, and it is a privilege to be entering a marketplace and a league that is expanding and growing so rapidly.

My time thus far with Charleston has been amazing. I have been here for just over a month now and continue to learn and grow every day. There is an atmosphere in the locker room of professionalism and dedication, balanced with a true love and passion for the game, which is clearly translated onto the field. In our preseason games, the effort and willingness to sacrifice for the team’s victory was perfectly balanced with an incredible amount of pure love for the game. This makes for pretty football.

This team has deep roots as one of the oldest clubs in American soccer. It is truly an honor to have my start in a place with such history.

This season is focused on development and becoming comfortable in the professional game. I am new to this level and realize I have a lot to learn to reach my maximum potential in the professional game. Furthermore, I am a young pro, especially for my position, and hope to have a long career ahead of me. I have an amazing opportunity to learn from some of the best coaches in the nation, which is something I have to take full advantage of. Above my personal goals, I plan to help the team earn victories in any way I can. Victories are won by teams and everyone on this roster has a job. I am focused on executing mine flawlessly.

Throughout academy soccer and college, my goal was to make the professional game. Now that I am here, my first goal is to stay healthy and fit for as long as I can, allowing me to play the game for years to come. In addition to staying healthy, I hope to continue developing and honing my craft. I have set my sights high on what I can accomplish in my career. I have a long way to go to achieve those goals, but with the proper mentality and dedication to my future coupled with the coaching and mentorship I have access to, I am confident I will succeed.

I first became involved with PSC at the age of 14 when I attended a pro combine. At this time, my goals were not to go pro, but get a feel for what the next level was like while gaining exposure to professional coaching and a professional environment.

I was motivated to attend the first PSC event by a very close family friend. This person had a belief in my ability and knew my potential before I realized it myself. At age 14, I was not attending the combines to become a pro, but rather to gain exposure to excellent coaching and see what it would take to get to this level. PSC went above and beyond to ensure I received the guidance I needed to progress in my career.

Giving up on my dream was never an option, but my attendance at PSC combines was less rooted in immediately trying to go pro, and more rooted in exposure and development. As I progressed in skill and age, I began to network with pro coaches and prepare myself for the next level as much as possible.

My first goal in soccer was to play at the NCAA D1 level. I attended a handful of combines before I committed to play in college, and each one helped me grow as a player and gain exposure to excellent coaching and further development. The same goal was true when I went to Sweden for a summer at age 16 with PSC on their residency tour. Each opportunity to play with the company allowed me to grow and be exposed to excellent coaching.

While in college, I attended a few combines to test my interest in the professional game and see how I was progressing compared to players being signed. I also went to Sweden and Finland for a second time between my Junior and Senior year, which exposed me to many coaches overseas and helped me network for when my college career was over.

When my college career was done,  I informed PSC I was looking to play at the next level, and just days later I was on a plane to Charleston. PSC combines go beyond instant signing, but can be used as exposure to teams, coaches, and opportunities around the world. My constant attendance allowed me to have a great relationship with the company and have ample exposure clubs in a multitude of different places. PSC tours and combines was just as much an investment in my development as it was a pathway to the professional game. I cannot recommend working with PSC highly enough.

PSC is constantly improving as they sign more players and add more events. From the beginning of my time there, PSC was professionally ran and offered great opportunity for players to develop and reach the next level, and it as only improved. As PSC grew, the caliber of professional teams working with the company raised higher and higher, and the coaching available to the athletes expanded as well. PSC events run flawlessly and provide all players ample exposure. The professional coaches that attend the events are serious about signing players and helping them develop, and everyone involved is dedicated to the success of the athletes attending the combines or embarking on tours.

I absolutely did. My work with PSC is a huge part of the player I am today. Even back in my first combines at age 14, I was treated professionally, coached excellently, and given ample opportunity to develop. PSC staff is dedicated to success for the athletes attending, and the professional coaches are invested in the players. PSC is professional soccer placement at its finest.

My mom, dad, and sister are a huge part of where I am now they deserve all the thanking in the world. Additionally, I would like to thank Simon Deeley, Tom Taylor, and Paul Taylor from PSC for their support making it to the next level. And finally, I want to thank my coaches and mentors Daryl Sattler, An Nuon, Michael Erush, and Jemal Johnson for helping to make me the player I am both mentally and in ability.