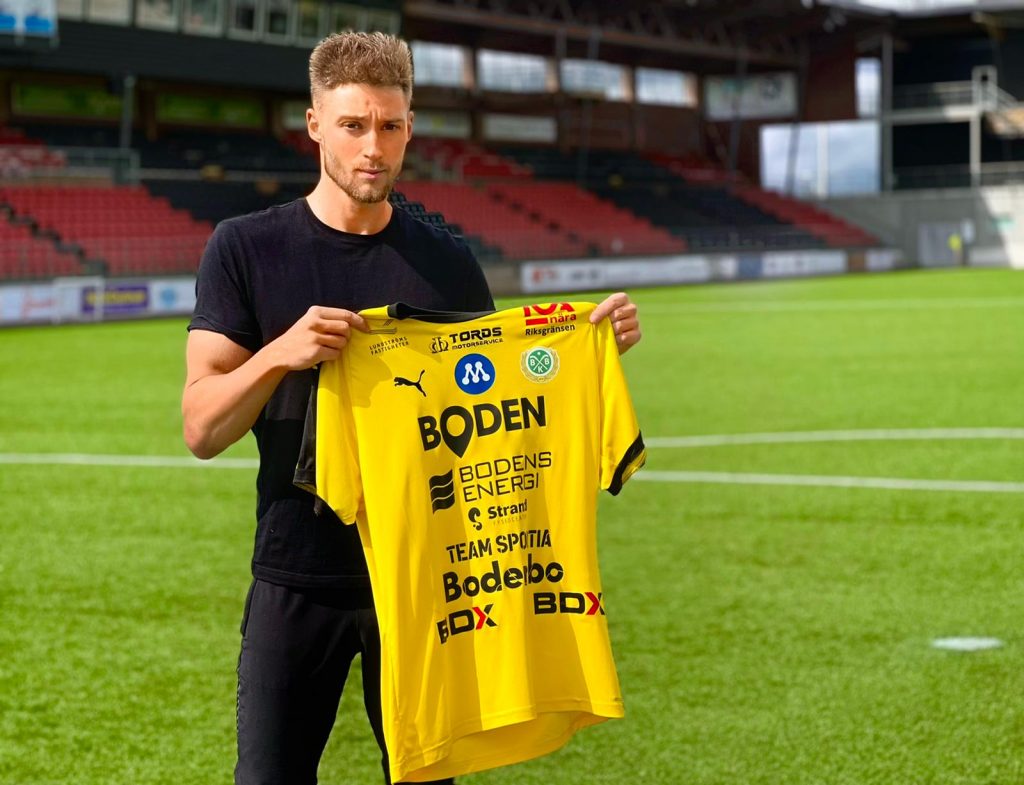 PSC are proud to announce another professional player placement as Chris Banfi signs with Bodens BK in the Swedish 2nd Division.

Bodens currently sit top of the league and are looking to continue that fine form in the second half of the season as they push for promotion to Division One.

Goalkeeer Chris Banfi was seen at PSC’s Philadelphia pro tryout in January 2022. It was here that Director Tom Taylor saw the 21-year-old play and believed that he was capable of playing at the professional level. Bodens BK, who Tom scouts for, agreed with Tom’s judgement and signed Banfi for the remainder of the 2022 season.

Taylor commented “He should be an important player for Bodens in the second half of the season. It will also be interesting to see how he develops over the next few months and if he is capable of pushing onto higher levels”

We caught up with Chris Banfi ahead of his debut professional season….

“Following the culmination of my final University season, I hung up my boots and planned to return to Toronto after my graduation in order to pursue law school. However, a rival coach in my school’s conference, Arron Patrick, who was well acquainted with the PSC staff, got me in touch with the PSC team.

From there, I worked with them in Philadelphia for three days, an event which was very well organized. Each day, I spent time doing Goalkeeper work with Tom (PSC Director), before showcasing my abilities in a variety of drills and matches over the three day span.

My experience with PSC and their facilitation of my deal was stellar in every circumstance. Immediately after working with them in Philadelphia, they had an opportunity for me, one which I was unable to pursue due to complications with my passport. However, once the complications with my passport were cleared up, they were able to network me to a variety of clubs, immediately helping me secure my first professional contract in only a matter of days.

I’m looking forward to becoming a better player and playing for a club in Sweden— with a top notch stadium, physio centre, gym, and facilities, I have all of the tools in front of me to be able to do that. This season, I want to do everything I can to help lead the team to regain promotion to the First Division.

I would like to thank the PSC team, especially Simon and Tom for their facilitation of my deal. I would also like to thank Arron Patrick, who first got me in touch with the agency, my past coaches that have played an integral role in my development from my amateur to my professional career, specifically Josh Oakley, Matt Brown, Nate Miller, Eric and Alec Morrison, Glenn McNamara, Rob Stillo, as well as all of my past teammates, most notably, Joel Williams who convinced me to become a Goalkeeper at a very late age.”

Think you are capable of playing professionally in Europe? Attend one of PSC’s upcoming pro soccer tryouts where you can prove yourself directly in front of the attending coaches just like Chris did…