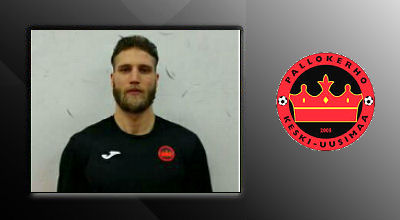 PSC are proud to announce a further European Success story as Chris Suta has signed with PKKU of the Finnish Kakkonen following his standout performances at our San Diego combine 2014 and the PSC Swedish residential program of 2014.

Chris was first brought to the attention of PSC when recommended by Canadian Youth National team-mate Gino Mauro who is now into his second season with Boden BK after being signed from PSC’s Sweden Showcase in January 2014. Suta contacted PSC to see if he could experience the same success Mauro had seen through our programs.

Suta traveled on PSC’s 2014 Sweden Summer showcase where he caught the eye of Scandinavia Director and Residential Program coordinator Patrick Walker. Suta stayed with the residential program for the remainder of the season before returning home.

Despite not being signed in the summer he showed PSC Agency staff that he not only had the ability to play professionally but also had the correct attitude and temperament to be recommended to our contacts across Europe, America and Asia.

As a result he was invited back out to our San Diego combine in December 2014 where he again impressed on and off the field enough to earn a trial with be recommended to FC Jazz by one of our attending Scandinavian scouts Lars Svensson.

Despite a good 2 week trial with the club, they were not in a position to sign the centre back at this time but recommended him to PKKU of the Kakkonen. Head Coach Panu Turpeinen had seen Suta at PSC’s San Diego combine and upon further recommendation from FC Jazz signed him for the 2015 season.

PSC Staff caught up with Suta to find out his thoughts about signing in Finland. 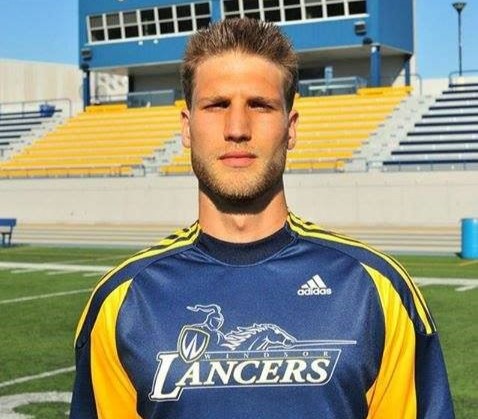 Chris, firstly congratulations on your first pro contract, we’re pleased to see you made it after what must have been a challenging few weeks?
I had a good two week trial with FC Jazz but unfortunately couldn’t come to a contract agreement with the club. As the coach John Allen stated, I was at the level but the club wasn’t willing to pay what I was asking for. As a foreigner you need to be a few levels ahead than what they have so you’re able to receive a contract and I wasn’t far off. I can only take it as a positive thing considering my age compared to those other center backs and continue my journey, hopefully making it to the top league after this season.

Originally you trialed with FC Jazz who I believe liked you – what happened there and how have you ended up now signing with PKKU instead?
The coach from PKKU has kept a close eye on me since seeing me at the PSC San Diego combine. He marked me down as top priority after a couple clubs in the top league recommended me to him. FC Jazz was the latest club to recommend me and Panu has been great in getting me over here and settled quickly into the team and system.

Now that you’ve got your foot in the door how are you looking to progress, do you have any specific playing goals in mind?
I’m looking to progress quickly aiming to make it to the premier league after this season and then to bigger countries elsewhere in Europe

So how do you feel now that you’ve officially signed in Finland?
I feel great. I’ve always had a desire to play in Finland because of the quality and professionalism of the leagues. The PSC summer tour only reassured this.

How did you first come into contact with PSC?
I first came across PSC from a buddy of mine (Gino Mauro) who signed a contract through them. I asked him how the showcase tours are and he recommended that I get in contact with PSC.

What were your thoughts on the combine/tour you attended both from an organizational point of view and from an exposure point of view?
I was impressed with the well organized tour and combine that PSC held. From the start to the end there was no confusion and the exposure was amazing playing in front of dozens of coaches and scouts. I’ve enjoyed the opportunity and top notch coaching provided by the agency. It was my first experience at both events and I left both events satisfied.

Is there anyone you would like to thank for their efforts/support etc in getting you to where you are now?
Of course. I’d like to thank my parents firstly. My mother and father have been there for me since day one pushing me to be my best. I also have to thank God for blessing me with this chance. Last but not least, I thank PSC for the work they’ve done for me.

Any advice for other players aspiring to become professional?
My best advice for aspiring professionals is to never give up despite what may happen in your career. Bumps on the road to success are inevitable and it only makes the success that much better.

Thanks Chris. We look forward to seeing how you progress in Finland this season!