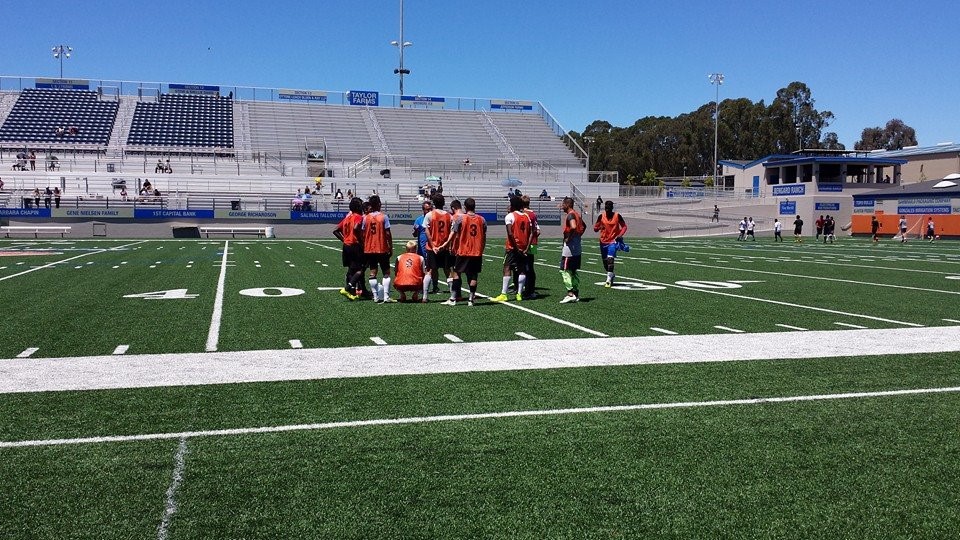 PSC are proud to announce that they will be hosting a College Soccer Combine in San Diego, California this December 12-13-14-15 2014 in conjunction with their annual Men’s / Women’s Pro Soccer Combine. The event is aimed at players who wish to be selected for: –

Other schools in attendance are:

Professional Coaches from Europe & United States will also be in attendance at the event looking for potential youth talent. Coaches currently include:

PSC’s College Soccer Combine costs $350. This price covers entrance to the combine, coaching, 2 Coaching Seminars and the opportunity to play in front of the attending coaches. Players are responsible for their own transport to the combine and their own accommodation.

PSC can offer a discounted hotel package for combine players to take advantage of. The cost is $175 for 3 nights shared accommodation with other combine players. Details as follows:-

*Players needing an individual or family room should contact tom@pscltd.co.uk

Paul played Division 1 soccer at Boston College and professionally in Ireland for Shamrock Rovers bringing a wealth of soccer experience to PSC. Currently Holohan is Carlsbad Elite’s College Placement Director and has served as a U.S. Development Academy Coach with the Nomads Soccer Club in San Diego where he coached teams to several State and Regional championships, including a Red Bull NL17 National Championship in 2007. Holohan spent 10 years on the UC San Diego coaching staff as Associate Head Coach under Head Coach Derek Armstrong and also served as Assistant Coach with PAC 12 San Diego State State Aztecs. The list of players that Holohan has helped complete the transition from Elite youth player to college is extensive. The following are just a few recent examples:

Since 2002 PSC have forged a respectable reputation in the professional game working with players, coaches and teams from Europe’s top leagues such as the Barclays Premier League through to American leagues such as the MLS, NASL and USL Pro. This long standing reputation for working in the professional game has led to a number of trials and signings of combine participants with clubs around the world who trust the opinions of the PSC Agency staff.
After an event, PSC will look to recommend any player that is capable of playing professionally to clubs around the world. The following is a small sample of players who attended a PSC combine or tour and received no interest from attending coaches but trialed or signed with a non-attending club based on PSC’s Agency Staff recommendations. This recommendation can come within weeks, months or even years of the original combine: –

Following the combine we will send out written results from our College and Pro coaching staff via E-mail within 72 hours. .

Please see our Who We Work With page to see which clubs have attended and offered trials to players from our 2012-2013 events.