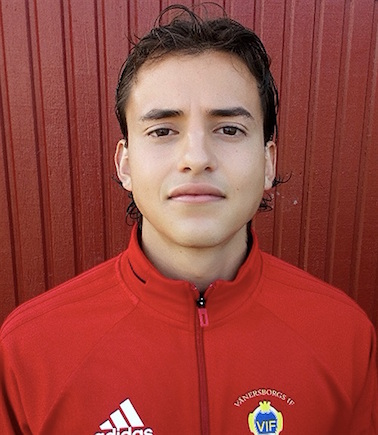 The 21-year-old midfielder attended PSC’s 2016 Las Vegas Pro Soccer Combine, and his standout performances over the three-day tryout event earned him an invitation to PSC’s 2017 Malta Showcase Tour, where he went on to impress a range of coaches.

One of those coaches was PSC Director of Scandinavian Operations, Patrick Walker, who used his extensive range of contacts across Scandinavia to locate a side in need of Patino’s services. 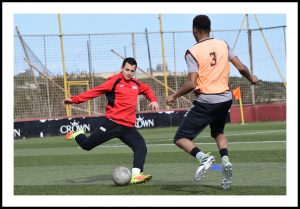 Strike: Patino in action on the training field during PSC’s 2017 Malta Showcase Tour.

Walker arranged a trial for the Columbian-born playmaker with Vänersborgs last month, and after impressing the club’s coaching staff, Patino put pen to paper on a deal with the Swedish outfit, reigniting his professional soccer career.

The former Seattle Sounders 2 midfield man originally trialled with Swedish side BK Forward, shortly after the conclusion of the Malta Showcase Tour, but the club’s Head Coach, Rickard Nilsson, decided against signing the player.

Vänersborgs currently sit in 12th place in the Division 2 league table, and following a recent mid-season break will be looking to climb a number of spots with the acquisition of Patino.

All of the staff here at PSC wish Carlos the best of luck during his time in Sweden.

PSC will be returning to Las Vegas later this year as part of six Men’s Pro Soccer Combines – set to be staged in November, December and January.

If you would like to follow in the footsteps of Carlos, please e-mail info@pscltd.co.uk for more information on PSC’s programmes.