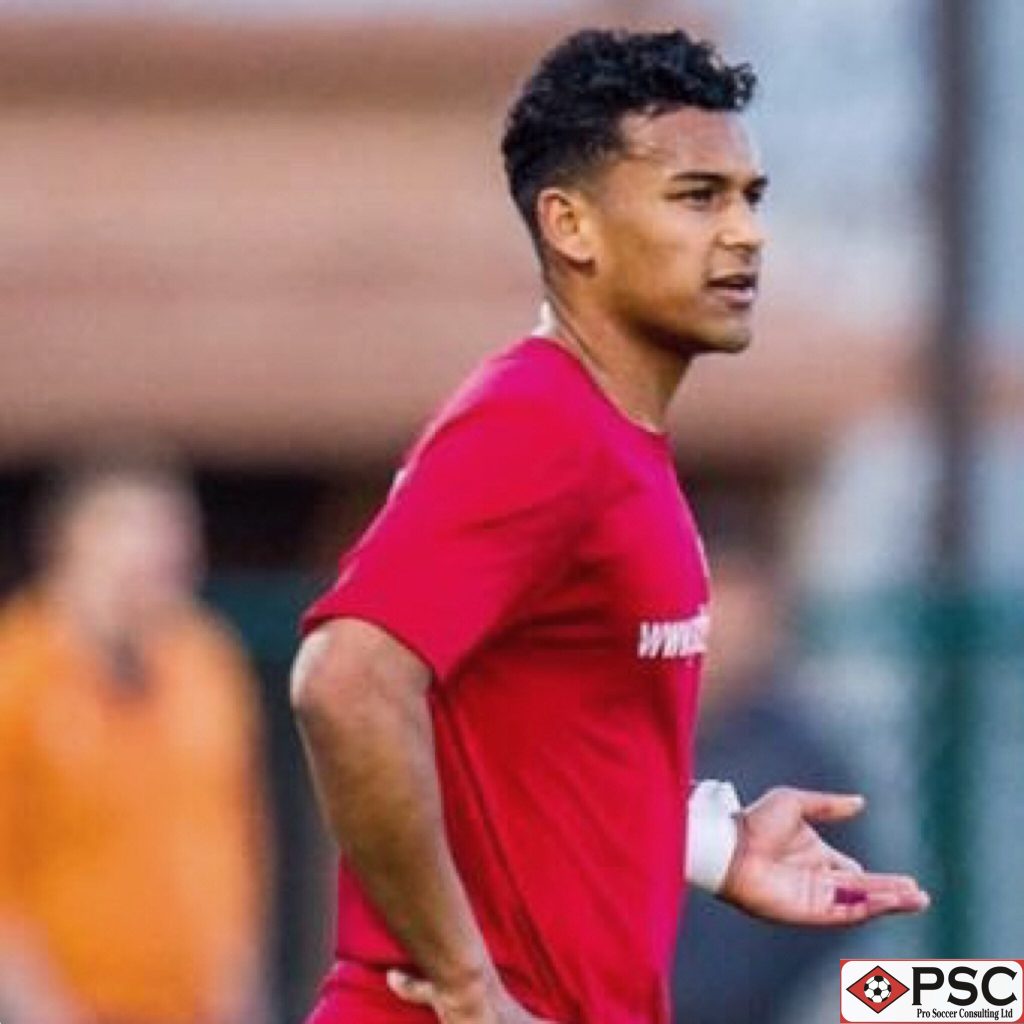 The 27-year-old midfielder attended PSC’s 2017/18 winter combines in Orlando, Florida, and Washington, DC, and was shortlisted as a standout player by San Antonio Assistant Coach Andy Thompson, who was watching on from the sidelines during both events.

After consulting with PSC Agency staff, who had worked with Mesias in the run-up to the tryout events, Thompson offered the versatile midfield man a trial opportunity with the Texas-based club.

Ahead of attending the combines, Mesias reaped the rewards of daily professional training and participation in the UPSL Pro Premier League, as part of PSC’s UPSL Programme. The newly-formed programme has seen a number of its players earn professional contracts and trials, and took a significant step forward when PSC announced their partnership with LA Galaxy Orange County earlier this week – a move which sees the programme incorporate a youth foundation and offer participants additional professional opportunities. 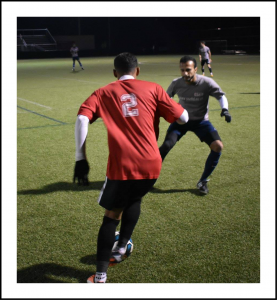 Attacking: Mesias looks to take the ball past an opponent during PSC’s Washington, DC, combine in November 2017.

And PSC Director, Tom Taylor, who has worked closely with PSC’s UPSL players since forming the programme, expressed his delight in witnessing another of its success stories.

“It’s fantastic to see so many of our UPSL Programme participants developing and earning these professional opportunities,” said Taylor.

“I know Jade has the ability to compete in the USL – he’s played soccer all over the globe, and that experience, along with his hard work and development during the UPSL Programme, ensured he caught the attention of coaches during the combines.

“Now he needs to stay focused and maintain that high level of performance to impress Darren Powell [San Antonio Head Coach] and Andy Thompson during the club trial.”

Indeed, Taylor was quick to reveal that success stories akin to Mesias, Cuomo and Christian’s, make working in the professional player placement industry all the more rewarding.

“Simon Deeley [PSC Director], the PSC staff and I all put in an incredible amount of work to find players opportunities in the professional game.

“It’s not an easy job, and there can be many lows, especially when you have to break bad news to individuals – but these success stories make all of the hard work and long hours more than worthwhile.

“I hope Jade displays the qualities he’s demonstrated while working with PSC during his time with San Antonio this week.

“We wish him the best of luck, because you need a bit of that in this ever-competitive industry,” concluded Taylor.

Benedictine College graduate, Mesias, will join up with San Antonio’s squad this week, ahead of featuring in a trial game for the club this coming Saturday.

PSC will be returning to Orlando next month (March 23, 24 and 25), in search of more talented players capable of earning professional opportunities in both Europe and the USA.

For more information on our combines, please visit our Upcoming Events page.