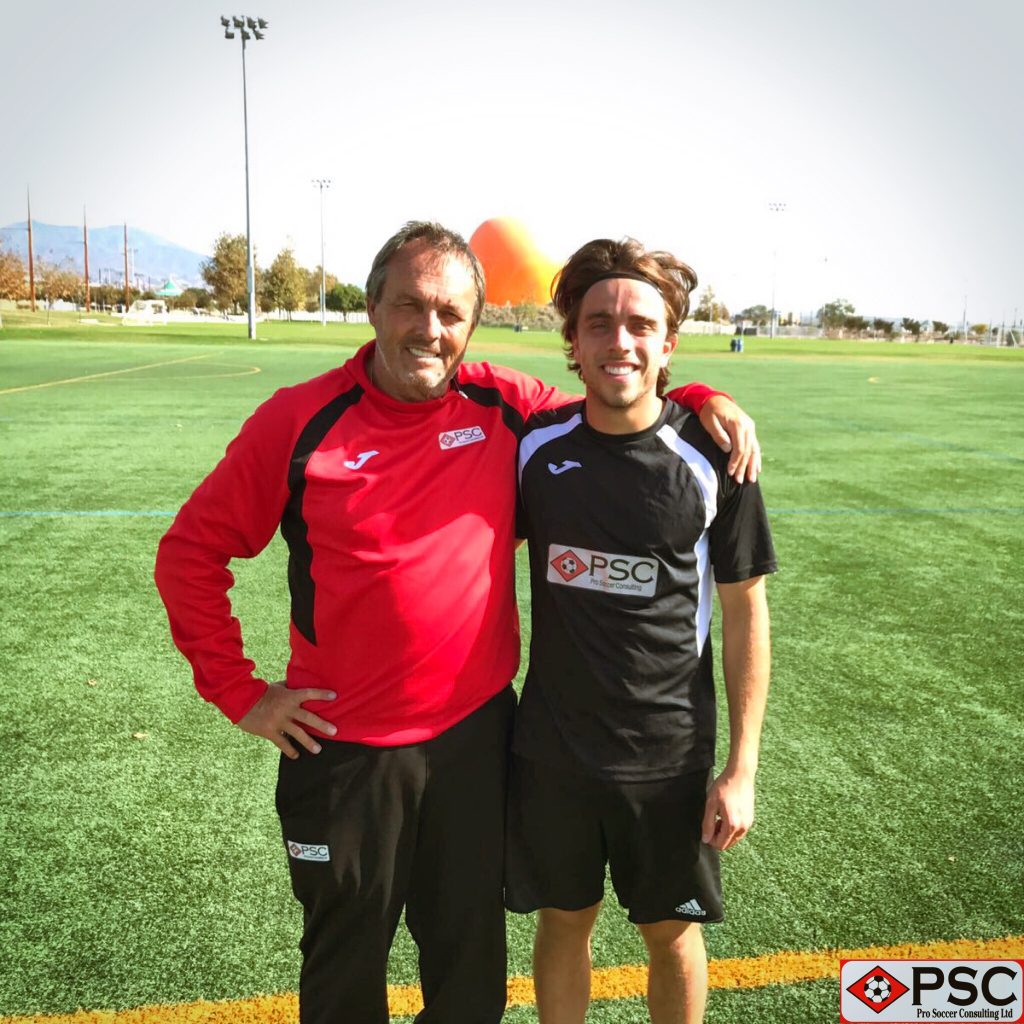 The 24-year-old full-back caught the attention of a number of professional coaches and scouts during PSC’s Los Angeles and Las Vegas combines in November 2017, leading to a trial period with USL side Richmond Kickers, before Žalgiris Sporting Director Andrius Velička offered the Australian-born defender a trial opportunity in Lithuania.

In the run-up to the combines, Kass benefitted from daily professional training and participation in the UPSL Pro Premier League, as part of PSC’s UPSL programme. The newly-formed programme has seen a number of participants earn professional opportunities, and PSC Director Tom Taylor expressed his delight in witnessing its latest success story.

“Connor’s development and subsequent success during the combines is exactly the reason the UPSL programme was created,” said Taylor.

“I believe that the programme has provided Connor with a great platform to play games, get fit, and prepare himself for these showcase opportunities, during which he’s performed at a high level and gained interest from professional clubs both in Europe and the USA.

“He’s done excellent since his arrival from Australia – he has a great attitude and gives 100% during training and games. That effort, combined with his ability and daily professional training, has allowed him to produce consistent performances in the UPSL.”

Kass becomes the latest of a host of success stories who have benefitted from PSC’s developing relationships with clubs in the Baltic region, with players signing and trialling with no fewer than four Eastern European sides during the past year.

And Kass’ opportunity with Žalgiris is one Taylor sees as a great fit for the former National Premier Leagues Tasmania player.

“I’m really happy to see Connor head out to Lithuania and have an opportunity to earn a professional contract with a top-flight European side,” said Taylor.

“We see it as a great first step for him in professional European football – it’s a chance to play 20-25 games in a top-tier professional league.

“We have a great relationship with Žalgiris and I know he will be in good hands with Andrius, who represented the Lithuanian national team and played for Scottish Premiership sides Rangers and Hearts.

“Žalgiris is one of the sides our team of select players will face during our upcoming Showcase Tour of the Baltic region, so let’s hope Connor does well during his trial and the lads line up against him!” concluded Taylor.

All of the staff here at PSC wish Connor the very best of luck during his trial period with Žalgiris.

For more information on our upcoming Showcase Tour of the Baltic region, click here.