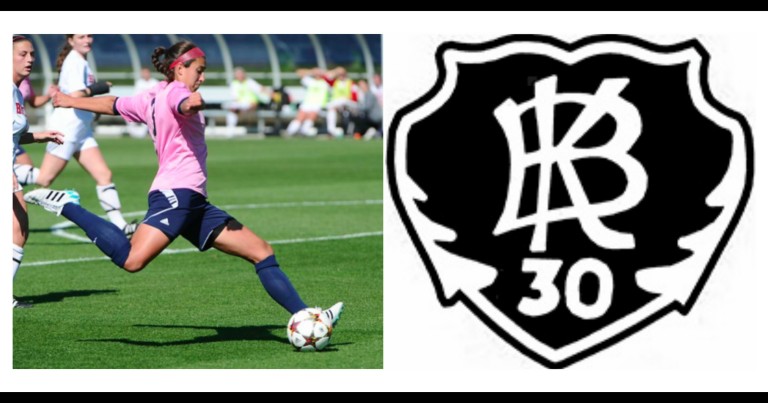 Smith originally signed with BK30 in February last year, and enjoyed a hugely successful first season in Sweden, securing both the Division One league title and promotion to the second tier of Swedish women’s football – the Elitettan – with the club.

And the 25-year-old forward expressed her delight in extending her stay with the side for another season.

“I couldn’t think of a better way to begin the new year,” said Smith.

“I was hoping to be able to return to Västerås and get the chance to build on the success we achieved. Being comfortable with my teammates and coaches while having good chemistry really helps me succeed as a player, so I am happy I get to stay and build on that,” she continued.

The 2015 Fort Lauderdale Combine attendee was a fundamental part of her side’s success last season – contributing with a number of assists and goals – but was full of praise for her teammates and coaches.

“Being surrounded by great players and great coaches made my job easy,” she said.

“I tried my best to do my job during each game, which is to create scoring opportunities for myself and my teammates. It felt amazing to see all of our hard work pay off at the end of the season. No other team was more deserving of this promotion, so it was great to be able to achieve that, but also something I was expecting,” she continued.

And Smith was full of praise for the manner in which PSC have helped her achieve her footballing dreams. She said: “PSC was a huge help during the process of signing in Sweden. Simon Deeley [Head of Player Recruitment] got me connected with the team and from there everything was easy and organised. Throughout the season he stayed in contact with me and checked to see how I was doing.”

All of the staff here at PSC wish Lani the very best of luck during her second season in Sweden.