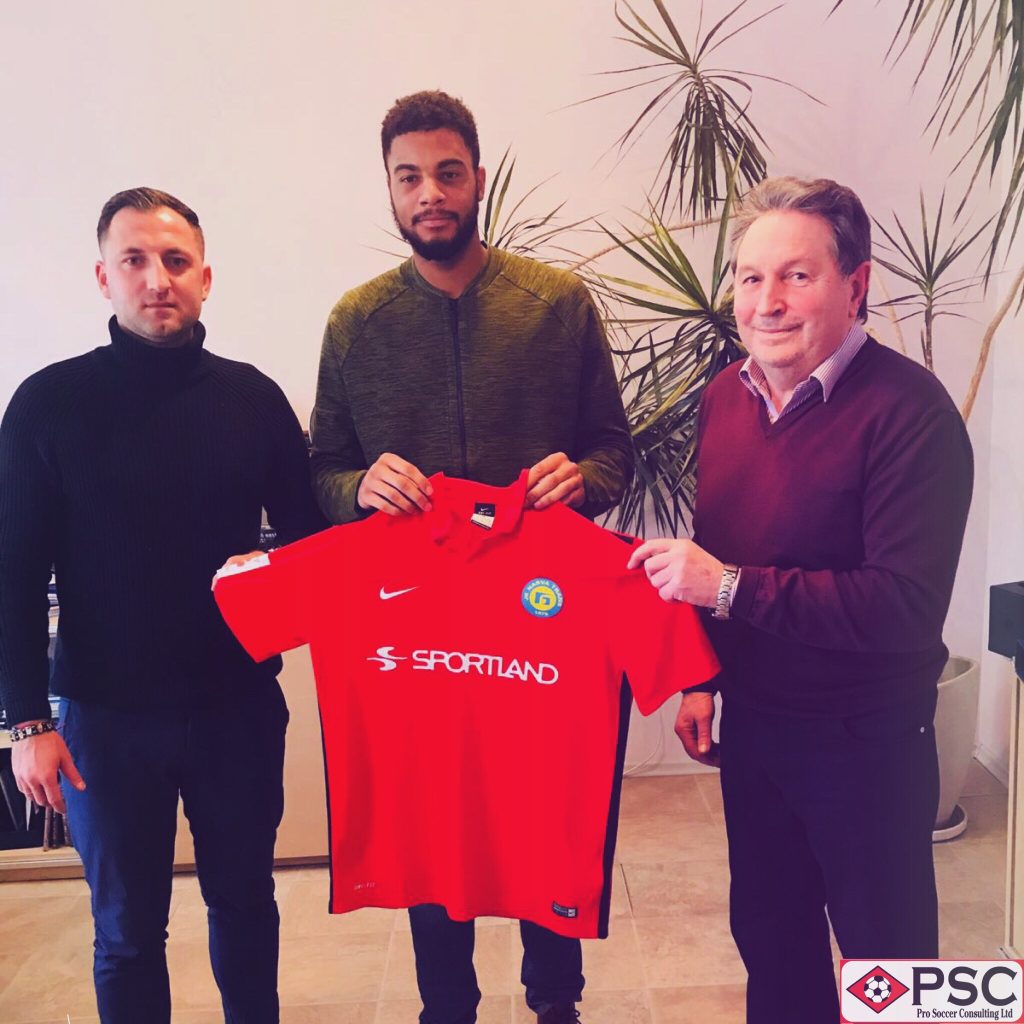 The 25-year-old defender penned a one-year deal with the club earlier today, following a successful trial period, and becomes the latest player to benefit from PSC’s Baltic network.

And PSC Director Tom Taylor, who has monitored and assessed Leverock’s progress in recent years, was full of praise for the former USL player’s professionalism.

“From attending the combine, to earning trials, to earning a contract – he’s demonstrated great professionalism and displayed a fantastic attitude throughout the whole process. He’s gone over there [to Estonia], got his head down, done the business on the field, and been rewarded with a professional contract in Europe.

“It’s really rewarding when you see a player with professional experience in the USL make it happen for themselves. Many players in Dante’s position would have waited for an opportunity to arise, but he had the motivation and confidence to attend our combine and prove himself again.”

Taylor won’t have long to wait to see Leverock in action for Narva Trans, with the Estonian outfit among a number of European sides set to face a team of select players during PSC’s Showcase Tour of the Baltic region in February. And having sampled a taste of the high-quality players PSC can attract, the Narva Trans coaching staff will be on high alert during the contest – as they look for additional players to add to their squad ahead of the upcoming 2018/19 season.

Meanwhile, for Showcase Tour attendees, the game will provide an opportunity to follow in the footsteps Leverock, and make an immediate impression upon the club’s coaching staff.

If you would like to find out more information on PSC’s upcoming Showcase Tour of the Baltic region, click here.

All of the staff here at PSC would like to congratulate Dante on his move to JK Narva Trans, and wish him the very best of luck for the forthcoming season.