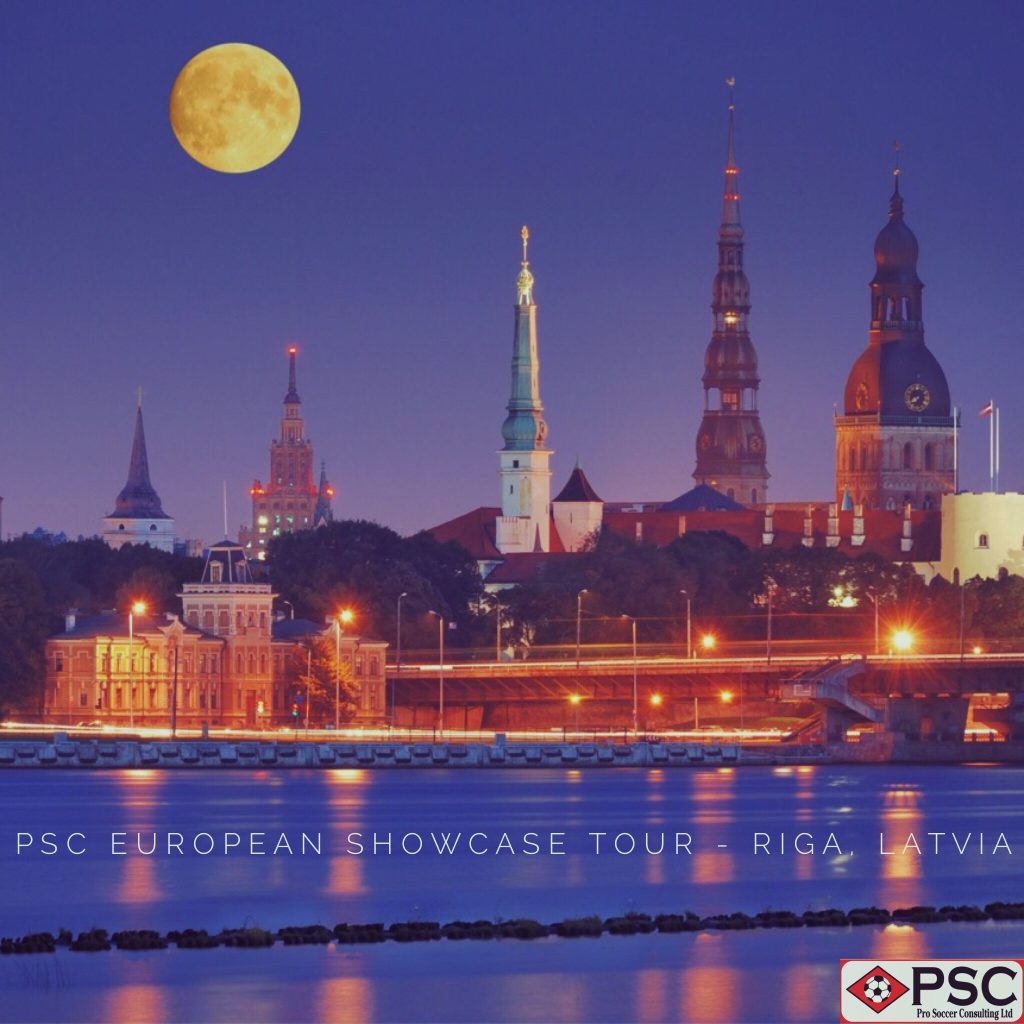 PSC is delighted to announce that the opening Showcase Tour of 2018 will be staged in Latvia and Estonia.

The European Showcase gets underway on January 30, and will become the first PSC Showcase Tour to be staged in the Baltic region.

The decision to hold the tour in Eastern Europe comes following PSC’s newly-established partnerships in Latvia and its neighbouring countries.

PSC will showcase players in the region throughout February, allowing attendees the opportunity to experience life as a professional soccer player, while displaying their talent in front of an array of professional coaches and scouts from around the world.

Speaking following confirmation of the tour, PSC Director Tom Taylor said: “As always, we’re excited for the Showcase Tour to get underway. Latvia and its neighbouring Baltic countries are the perfect showcase destinations, as their football leagues allow American players to participate without any work permit restrictions.

“Other European countries require individuals to hold a European passport or to be a current member of their country’s national team in order to sign as a professional, so we’ve spent the last two years developing a strong network in the Baltic region.

“The region’s top tiers are a very realistic level for American players to begin their careers – they also offer individuals who are placed with clubs the opportunity to compete for UEFA Champions League and Europa League qualification.

“We’ve already seen positive results since establishing networks in Eastern Europe, announcing nine success stories since August 2017, and we hope to see players make the transition into the top tiers out there. Simultaneously, we will be looking to place players with our partner club, FK Jūrnieks, who compete in Latvia’s second division. Jūrnieks is a great first step for individuals looking to make it as professionals.

“The upcoming Showcase Tour will be a great chance to test attendees’ abilities against top tier clubs, with some great opponents lined up,” concluded Taylor.

PSC’s Showcase Tours have produced a host of success stories in recent years, with a number of players trialling and signing with professional clubs following their time in Europe.

Indeed, last month’s Showcase Tour of Portugal and Spain saw two top-flight European sides offer trials to three attendees. And with a number of the tour’s other participants having generated interest from PSC’s network of coaches and scouts, there looks set to be further success stories announced in the coming weeks and months.

Just like in Portugal and Spain, attendees will be facing a number of games against top-flight clubs during the upcoming tour. A host of fixtures have already been confirmed by opposition sides, and will take place at the Skonto Arena (training base of the tour and home to the Latvian national team and top-tier club Riga FC), and in Estonia, within the Tallinn Arena:

If you would like to become a part of this tour, or require more information, please e-mail simon@pscltd.co.uk.

Take a look at what you can expect from a PSC Showcase Tour here.